The Police in Revolt? The Jails Open? Four Views of Mexico on November 25th, 1911

“The Police, in Revolt; the Jails, Open; the Nation, in Riot; the Families, in Dismay” – Thus runs the headline of Mexico’s El Diario on November 25th, 1911, as the Mexican Revolution raged in the capital.  As we celebrate Hispanic Heritage Month, it is both sobering and edifying to look back at the Revolution that shook Mexico a century ago, the reverberations of which would be felt across the Americas for decades. 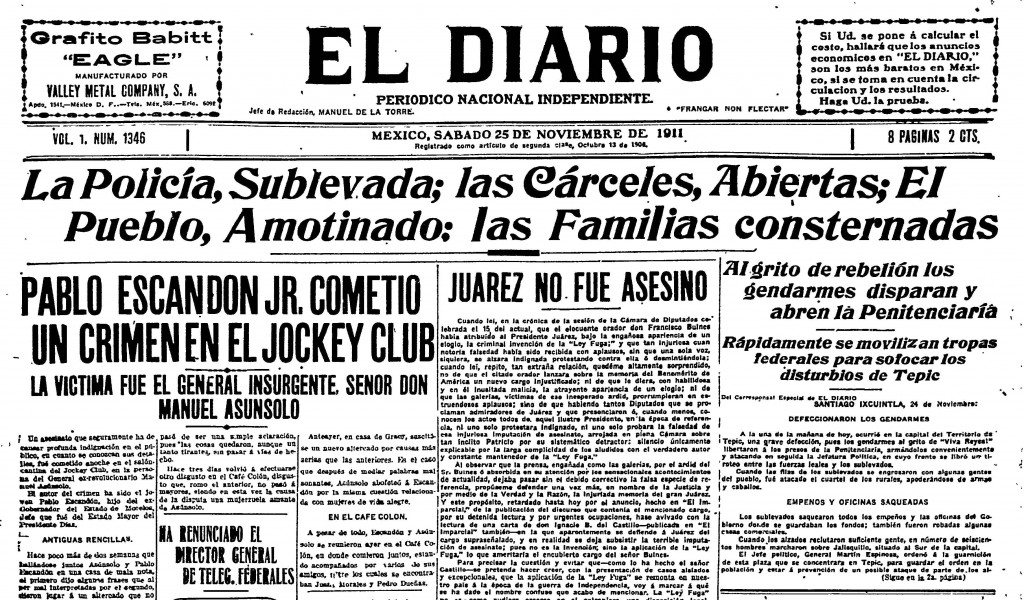 It is especially edifying to look back at this revolution from the many perspectives that can be found in the newspapers of both Mexico and the United States. On the same day, November 25th, 1911, El Imparcial took a very different view of the situation—not surprisingly, as it was a propaganda organ of Mexico’s embattled dictator, Porfirio Diaz. 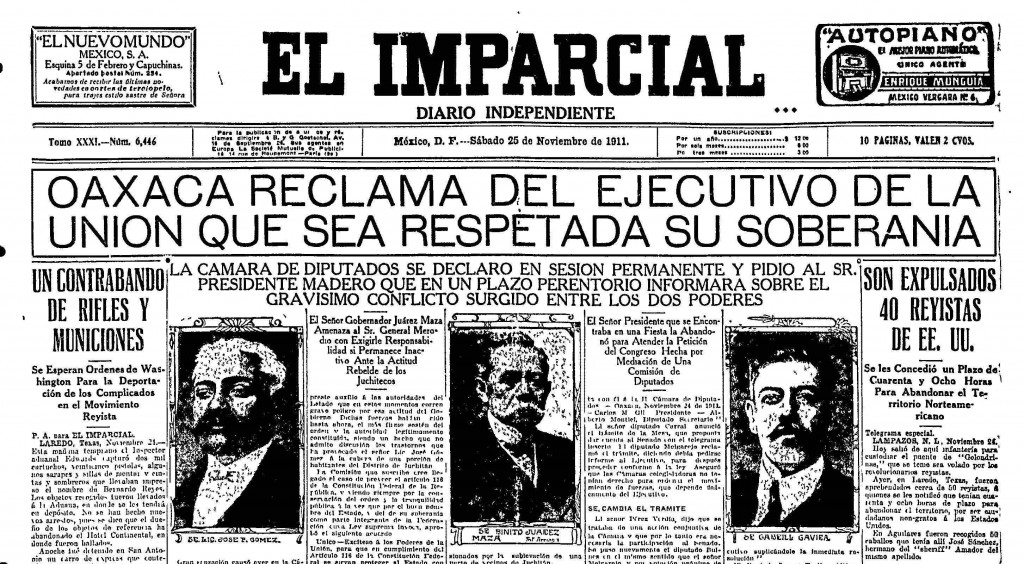 This view was largely seconded, however, by The Mexican Herald, another pro-Diaz paper but this one published in English by an American, Frederick Guernsey, who represented the voice of American business interests in Latin America.

By 1911 more than 50 newspaper editors and writers were in Mexico’s Belem prison, and many more had fled the country. Some of the latter continued publishing in the United States, mainly in Texas and California. Shown below is the front page for November 25th, 1911, of Regeneracion, the Los Angeles-based newspaper founded by one of Diaz’s most powerful critics, Ricardo Flores Magon. 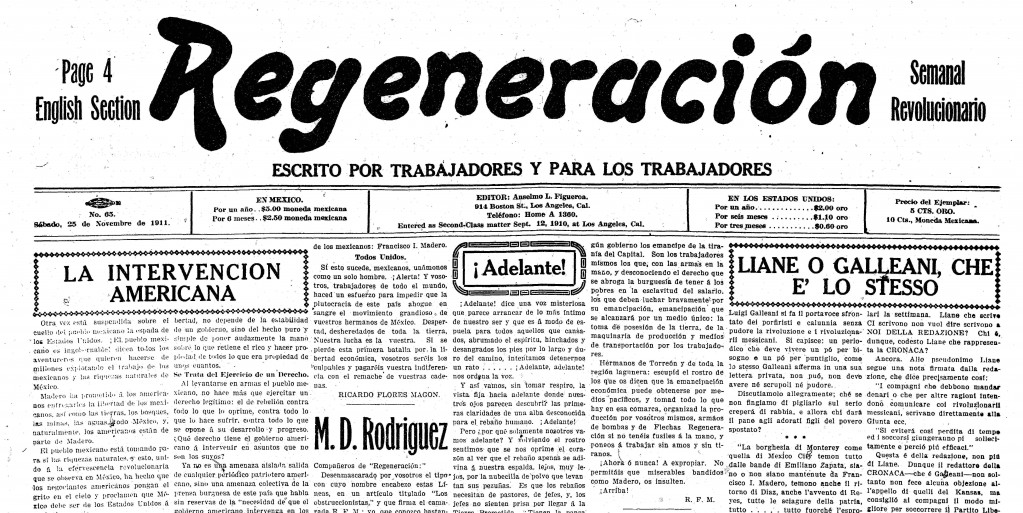 By looking at these same events through the jarringly different lenses of Mexico’s newspapers, today’s researchers are better able to discern an objective picture of the Revolution that brought the Diaz dictatorship to an end. Latin American Newspapers, a World Newspaper Archive collection, provides 33 such papers, twelve of which were published in English or bilingual English/Spanish editions, and sixteen of which were published in Mexico. The Hispanic American Newspapers module of America’s Historical Newspapers provides researchers with more than 300 newspapers, including many published by editors who fled Mexico during the Revolution.