More than 13,000 printed works about the nation’s deadliest conflict, all digitized in full color

January 14, 2014 (NAPLES, FL) — Created from the extraordinary holdings of one of the world’s great repositories, The American Civil War 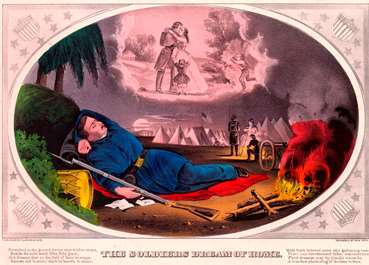 Collection, 1860-1922: From the American Antiquarian Society will be introduced in March 2014 by Readex, a division of NewsBank. This fully searchable digital edition will offer access to approximately 13,500 works printed between 1860 and 1922 and will address all facets of the Civil War, including the critical postwar period, a time in which modern interpretations of the conflict began to take shape. These diverse materials, all filmed in full-resolution color, include broadsides, lithographs, maps, monographs, pamphlets, photographs, political cartoons, stereographs, and more.

“The AAS decision to digitize its vast and comprehensive Civil War collection is one of the best pieces of news since the war itself ended at Appomattox,” says Harold Holzer, a leading authority on Abraham Lincoln and the political culture of the Civil War. “Now one of the greatest such archives in the country will be available online to students and scholars worldwide—and this is a gift that will keep giving for generations.”

The newly digitized materials in The American Civil War Collection, 1860-1922, will open up an enormous range of fresh research paths.  Beyond military aspects of the war, the collection also addresses its far-reaching cultural, economic, political, and social impact. “I was stunned by the volume and diversity of the Civil War material available at the American Antiquarian Society,” says Frances M. Clarke, Senior Lecturer, University of Sydney. “I’m glad to know that this amazing collection is being digitized. This will be a major boon for scholars and students of the period.” 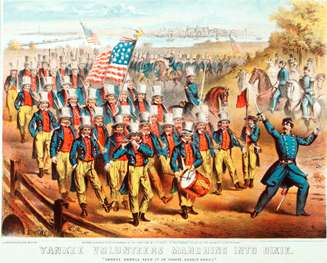 Joshua Brown, Executive Director of the American Social History Project at The City University of New York, adds, “For any devoted scholar of the American Civil War there is no greater resource than the collections housed at the American Antiquarian Society. The Society is among the very few archives that contain the range of material that truly represents the vast print culture generated during the war. Every trip to Worcester, Massachusetts, results in discovering new evidence and prompting new insights. The American Civil War Collection, 1860-1922, goes a long way in capturing the qualitative and quantitative aspects of such archival research. Through its breadth of materials, comprehensive cataloging, flexible search features, capacity to drill into and across collections, and excellent scans of publications, documents, and images, scholars can undertake the kind of exploration and discovery that are critical to the experience of working in this incomparable archive.”

Ellen Dunlap, President of the American Antiquarian Society, says: “As the AAS enters our third century, we continue to flourish. Partnering with Readex to create a digital edition of our widely used Civil War collections, which we have actively assembled over the past 150 years, will enable us to extend access to this vast range of valuable material to research communities on every continent.”

About the American Antiquarian Society
The American Antiquarian Society (AAS) is both a learned society and a major independent research library. The AAS library houses the largest and most accessible collection of books, pamphlets, broadsides, newspapers, periodicals, sheet music, and graphic arts material printed from first contact through 1876 in what is now the United States, Canada, and the West Indies. The AAS collections also contain manuscripts and a substantial collection of secondary works, bibliographies, and other reference works related to all aspects of American history and culture before the twentieth century. The library contains more than two-thirds of all known imprints created in America before 1821, making it the single greatest repository of such materials in the world. Additionally, the Society’s holdings of American printed materials dating from 1821 through 1876 are among the strongest anywhere.

About Readex, a division of NewsBank
For more than sixty years, the Readex name has been synonymous with research in historical materials and government documents. Recognized by librarians, students, and scholars for its efforts to transform academic scholarship, Readex offers a wealth of Web-based collections in the humanities and social sciences, including the Archive of Americana, a family of historical collections featuring searchable books, pamphlets, newspapers, and government documents printed in America over three centuries, and the World Newspaper Archive, created in partnership with the Center for Research Libraries. Also available are the Foreign Broadcast Information Service Daily Reports and the Joint Publications Research Service Reports, two of the U.S. government's fundamental sources of foreign intelligence gathered from publicly available media during the second half of the 20th century.