Remembering the “Mammy Memorial Movement”: Race and Controversy in the Press 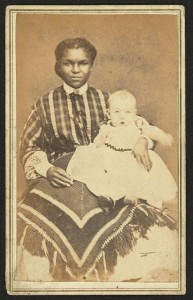 Kathryn Stockett’s bestselling book and film, The Help, brought to life a familiar caricature of African American women, the American “mammy.” Depicted as good humored, overweight, middle-aged, unquestionably loyal and opinionated, the mammy was an important figure in the lives of those white Southern children for whom she was the primary caregiver. In the early part of the 20th century, nostalgia for the lifestyle of the antebellum South, and particularly for the “mammy,” led to the “Mammy memorial movement,” a call for monuments commemorating the archetype throughout the South. Although largely forgotten now, proposals for “Mammy” monuments were covered and debated extensively in newspapers across the nation. Supporters saw the “Mammy” as a figure uniting both African American and white by bonds of affection and unconditional love. In their eyes, the statue was a figure that could help heal the wounds of the Civil War. The statue was often described as “a racial peace monument.”1 Opponents saw the “Mammy memorial movement” as a sentimental recollection that allowed the history of the South to be falsely romanticized and the proposed statue itself as perpetuating a racial stereotype aimed to keep African Americans in low-status occupations. Romantic sentiment for the figure of the “mammy” can be seen in this early poem, published in the Washington (D.C.) Bee in 1910.

In 1923 things came to a head when Senator John Williams of Mississippi proposed a national “monument in memory of the faithful, colored mammies of the South” on the National Mall in Washington, D.C.2 Williams was supported by the Virginia chapter of the United Daughters of the Confederacy. Across the South, such associations were founded after the Civil War, many by women, to organize burials of Confederate soldiers, establish and maintain Confederate soldier cemeteries, organize commemorative ceremonies, and sponsor monuments to remember the Confederate cause and tradition.

They were extremely successful at raising money to build Confederate monuments. And they expected to have similar success in dedicating a statue to the “Mammy” in the nation’s capital. The Sunday Oregonian said that, “the bill has been favorably reported and it now seems likely that it will be carried out as law.” The article went on to describe the likely design of the new statue as being “a seated figure of a middle aged woman of ‘the real mammy type’ with a pickaninny on one side holding her hand and a white child on the other to symbolize the mothering she has given to two races.”3 The article, accompanied by several stereotypical images, is a perfect example of the romanticism of the South. But William’s bill outraged liberal and African American commentators and not surprisingly drew much attention from the African American press. A letter from Neval H. Thomas of the National Association for the Advancement of Colored People (NAACP) was published in multiple African American newspapers, including the Chicago Broad Axe and the Cleveland Gazette. Thomas did not mince words and referred to “the plan as a movement…to keep colored people in their former state of servitude.”4 He ended his letter by saying that “Democracy” was the monument that the “colored Mammy” wants to have "erected to her, and not a marble shaft, which at best will be a symbol of our servitude to remind white and black alike that the menial callings are our place in the scheme of things.”5

Prominent civil rights activist Mary Beth Terrell said if the statue were to be erected, “there were thousands of colored men and women who will fervently pray that on some stormy night the lightning will strike it and the heavenly elements will send it crashing to the ground.”6 Across the country, African American men and women protested the erection of the statue: 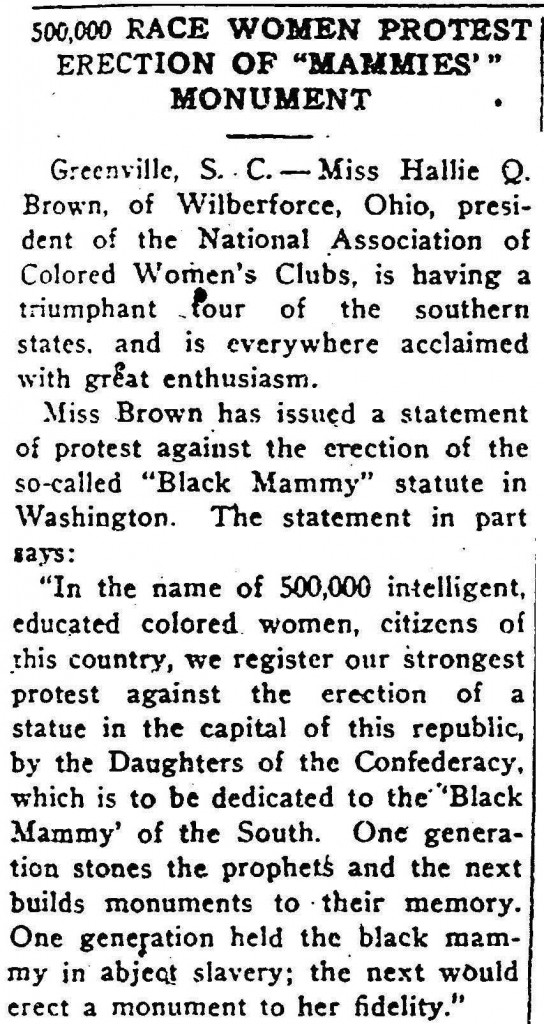 Others were more militant, and soon newspapers were talking of bomb threats should the statue be erected: 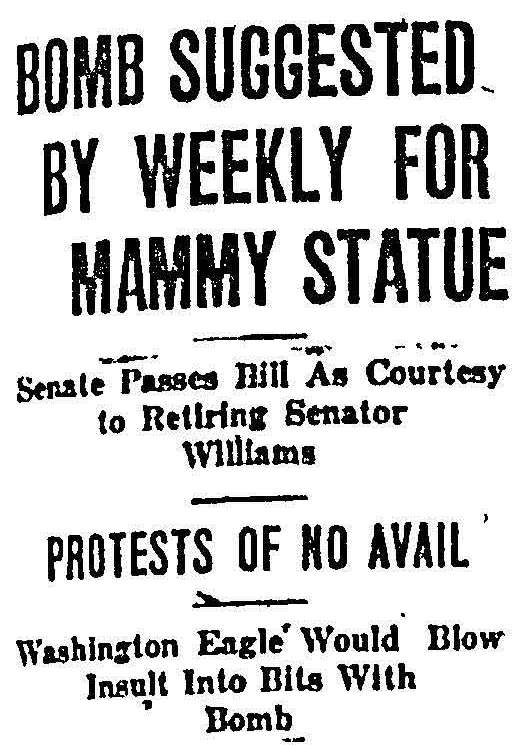 6 “We’ve Come a Long Way from the Effort to Memorialize the Slave Mammy,” Mark Auslander, http://historynewsnetwork.org/article/142126, 2012.