The Russia Connection: Historical Proposals to Reestablish a Land Link across the Bering Strait

There’s general agreement that as recently as 11,000 years ago the Asian and North American continents were connected by a land bridge over which hominids and other animals crossed. Today, the Bering Strait is only about 50 miles wide at its narrowest point, and less than 200 feet deep. 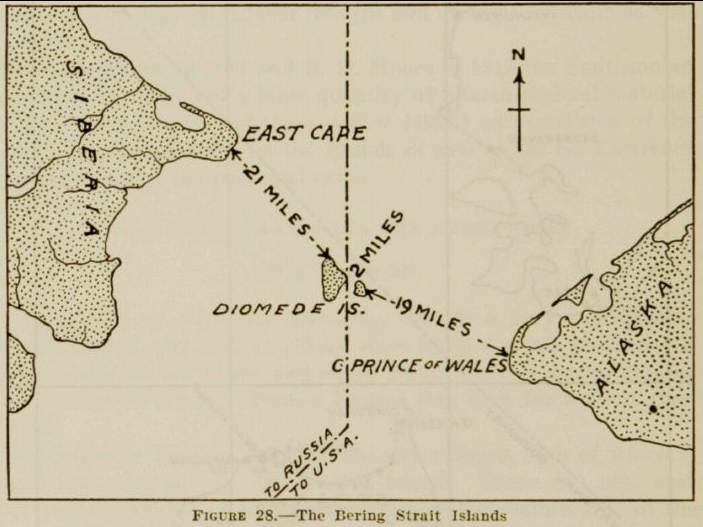 For reference, the English Channel, between the United Kingdom and France, is about 20 miles wide and similar in depth to the Bering Strait. An undersea tunnel was proposed there during the 19th century, and has since been completed. The Suez Canal, linking the Mediterranean Sea with the Indian Ocean, was built in 1869. The Panama Canal was completed in 1914. In keeping with these ambitious projects, some structure across or beneath the Bering Strait has long been suggested as both practical and possible. 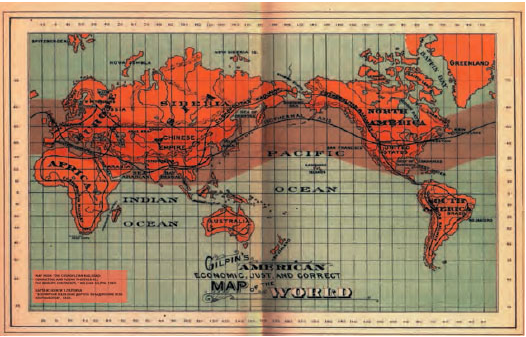 In 1973, Soviet glaciologist V.A. Spichkin is quoted as saying:

Such bold ideas of global dimensions are not the property of our age alone with its scientific and technical revolution. The history of technology is rich in numerous examples of the birth of similar ideas long before their realization became a practical possibility and even necessity. For this reason alone the idea of a bridge across the Bering Strait should not be regarded as a pure fantasy.

Recall that relations between the United States and Russia in the 19th century were more congenial prior to the Russian Revolution in 1917. Imperial Russia sold its Alaskan lands to the United States 50 years earlier in 1867, in part as a hedge against British seizure of the territory.  During the first few years of the twentieth century, a rail line across the Bering Strait was negotiated but languished due to the depletion of Russian capital owing to the Russo-Japanese War.

In 1959 a dam was proposed across the Bering Strait in order to disrupt the ocean currents and turn the Arctic into a vast garden and ensure navigation. The idea involved pumping cold water from the Arctic Ocean into the North Pacific Ocean at a rate high enough cause an influx of warm water from the Gulf Stream to melt the ice cap. The Soviet proponent of this plan envisioned a temperate northern climate suitable for growing grapes and rice, among other things. 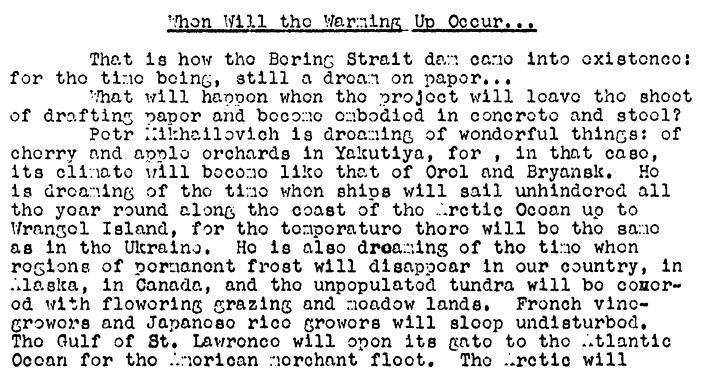 An article in Priroda (Nature) in 1961 challenged the degree of climate change resulting from a Bering Strait dam—but not the desirability of warming-up the Arctic: 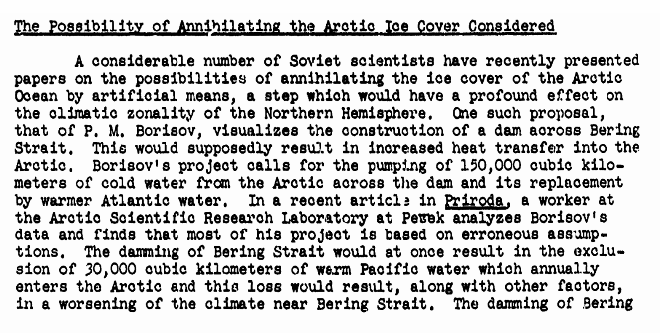 It was not just Soviet scientists who debated the melting of Arctic ice; Americans too considered ways to achieve that result, including scattering dark-colored material over the ice sheet:

Even as the Soviet Union disintegrated, a tunnel beneath the Bering Strait was promoted. 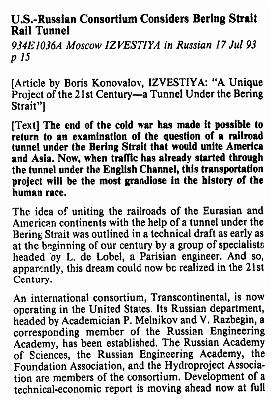 The ambition to reconnect Russia and the United States physically, commercially and symbolically persists today on both sides of the Bering Strait. A “peace bridge” has been proposed, and the idea has been championed by former U.S. Senator and governor of Alaska Frank Murkowski. In its quest for infrastructure projects with which to stimulate the economy, perhaps the current administration will seize on this long-standing dream to reestablish America’s physical ties with its Russian neighbor. 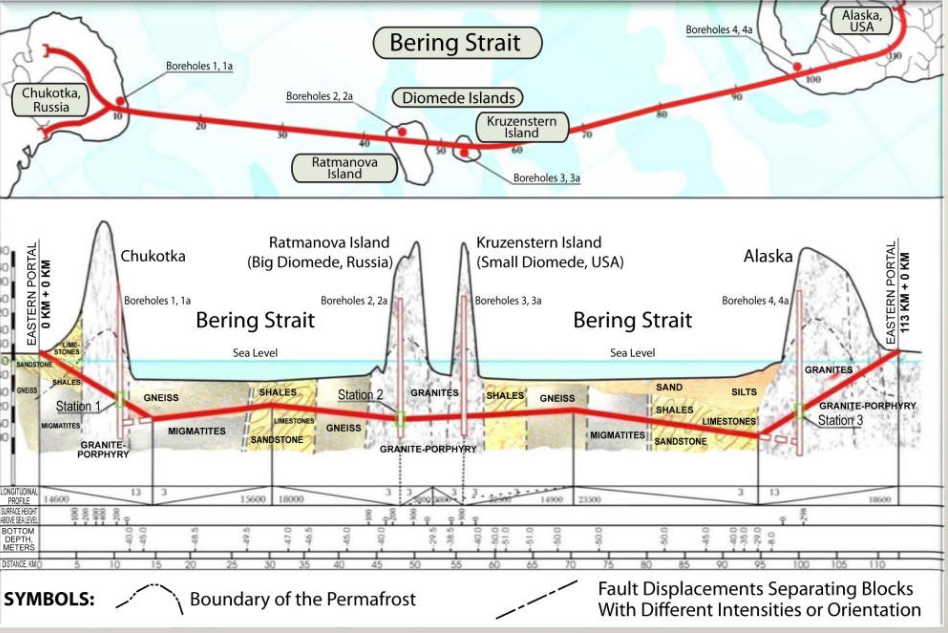