Sights Hostile to the Feelings of an Englishman: Highlights from Caribbean History and Culture, 1535-1920 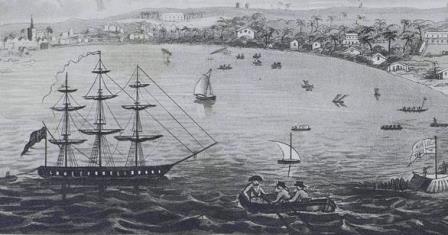 The May release of Caribbean History and Culture, 1535-1920: Imprints from the Library Company of Philadelphia includes several works that illustrate differing perspectives on the British presence in the West Indies, including England’s role in the slave trade and subsequent slave revolutions. 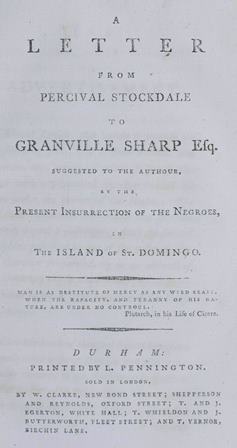 A Letter from Percival Stockdale to Granville Sharp Esq.: Suggested to the Author by the Present Insurrection of the Negroes, in the Island of St. Domingo (1791)

Percival Stockdale was an English poet, writer, and social reformer who opposed slavery.  After serving as a lieutenant in the Royal Welsh Fusiliers, Stockdale became an ordained deacon and later took priests’ orders. As a priest Stockdale was well positioned to explore the world of literature and develop contacts with leading intellectuals and poets.

Stockdale’s letter is preceded by general information about the lives of Africans who were transported to, and enslaved in, the West Indies as well as the cost of the slave trade as a whole, a cost in human lives that remains staggering:

It is not exaggeration, to assert, that for one who lives to labor, for any time, in the West Indies, ten are destroyed.

It appears…that if mankind, in general, were to die, in proportion to the mortality of the Slaves during their transportation to the Colonies, the human race would be extinct in ten years. Since this detestable trade began, nine millions of our fellow-creatures have been torn from their dearest connections, and sold into slavery.

All the working Slaves, in the West Indies, are extinct in every fourth, or fifth year, from the time of their transportation: consequently, in that number of years, a new, and complete supply of Slaves is demanded.

In his letter to Granville Sharpe, Stockdale compared the British Empire with that of the Romans and predicted his country’s future place in history:

We carry commerce, and rapacity, with us, witherfoever we go;—to the East; to the West; and to the South. We have been almost as remarkable as the old Romans (but from motives more sordid than military glory) for extending the melancholy dominion of war, and desolation; and with their arrogant, and vain-glorious language, those who were impelled by every cogent reason upon earth, to oppose our progress, we have pronounced, Barbarians. We rob remote nations of their territories, and their wealth; but with more fatal hostility, we rob them of the simplicity of their manners; of the tranquil enjoyment of their lives. The time will come when the natives of Otaheite will severely lament that an English foot ever landed on their island. 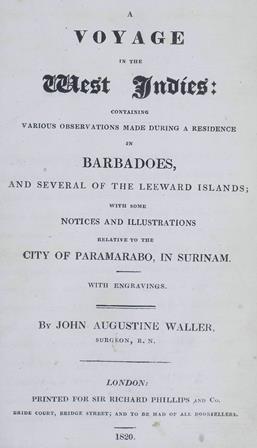 A Voyage in the West Indies: Containing Various Observations Made during a Residence in Barbadoes, and Several of the Leeward Islands (1820)

John Augustine Waller was a surgeon in the British Royal Navy who traveled to the West Indies in the final days of the British involvement in the slave trade. His journal is an interesting daily report of his three-month cruise through the Caribbean and includes several detailed illustrations. As an introduction to his daily journal entries, Waller recorded general descriptions of his voyage and offered thoughts on the first Europeans who visited the islands. He provides this account of his own arrival in the tropics:

The bay was covered with boats, conveying backwards and forwards the merchants of the place, rowed by their slaves, or else the officers of the men-of-war on the impress service: both which sights are peculiarly hostile to the feelings of an Englishman. A number of slave-ships too, just arrived, were lying close to us, whose owners were taking all possible advantage of the last weeks of their expiring commerce. The poor wretches were going on-shore by hundreds from the slave-ships, in large barges, for the purpose of being exposed to sale. The shore on every side appeared lined with people of color nearly naked, following their various occupations; for the arrival of the fleet seemed to have been the signal for creating a universal bustle. 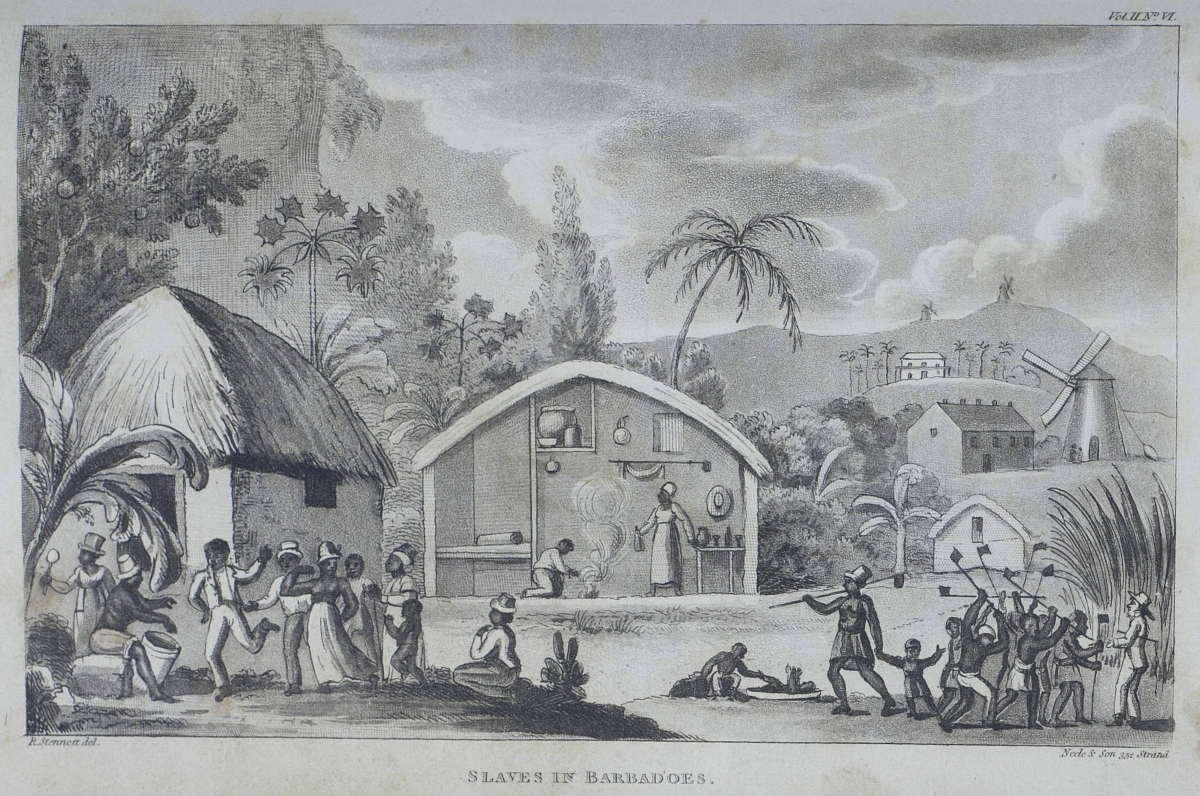 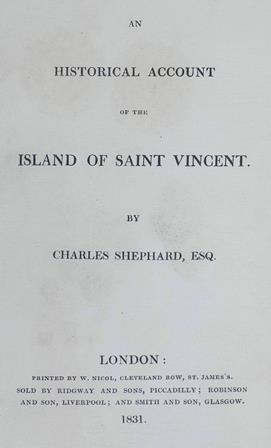 An Historical Account of the Island of Saint Vincent (1831)

This history of the Second Carib War, in which the British military fought a coalition of Black Caribs, runaway slaves, and French forces on Saint Vincent between 1795 and 1797, describes the events leading to war. Shephard also covers the principle actors in the unfolding drama, such as French politician and colonial administrator Victor Hugues who had sought to spur revolts against the British throughout the Caribbean.

Of Hugues and his efforts, Shephard writes:

This infamous revolutionary zealot, bloated with the inhuman, and wide wasting principles of the democratic system, no sooner saw himself in a condition of not only maintaining his new conquests, but also of extending them, than he endeavored to convert his hopes into certainty be embroiling every Colony in his neighborhood, and rendering them the theatre of internal war….The agents of Hugues first opened their credentials among their countrymen, and practiced on them, and through their medium, on the Caribs; they invited them in the name of the glorious French republic as friends and citizens to accept of liberty and equality, to rouse themselves from inglorious sloth, and assert the natural prerogatives of men… 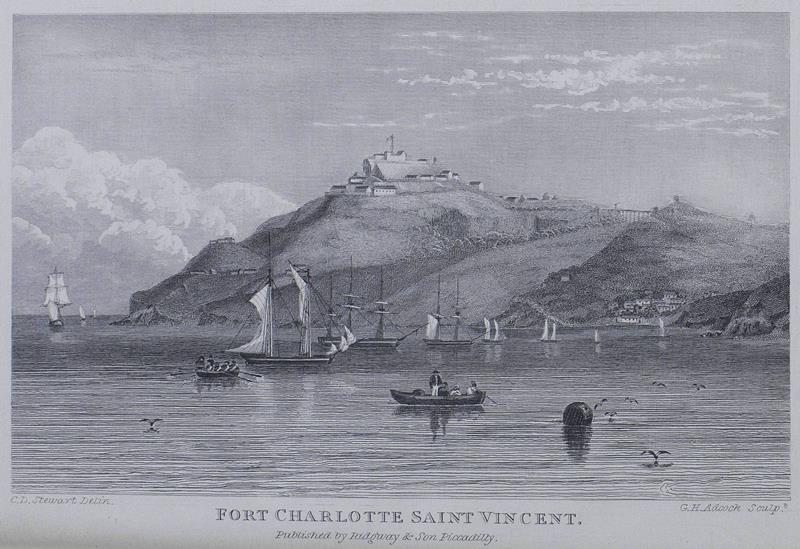