Slavery in Brazil: A Few Examples from Historical Newspapers 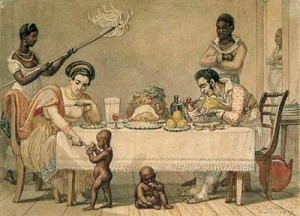 According to purehistory.org, Brazil was one of the world’s largest importers of African slaves, obtaining approximately one-third of the slaves taken from Africa during the Atlantic slave trade. It is estimated that more than three million Africans were sent to Brazil as slaves, a far higher number than were imported into North America.¹ 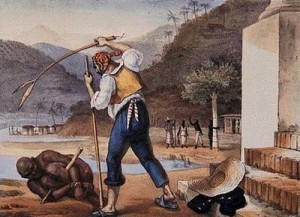 As the number of Africans forced to farm cotton and sugar plantations grew from the 16th to the 19th century, the Brazilian economy became highly dependent on slave labor. Even after obtaining independence from Portugal in 1822, Brazil resisted the U.K.-led anti-slavery movement.² The use of enslaved Africans in Brazil for multiple types of  labor can be seen by looking at the numerous advertisements for the sale and trade of slaves found in local newspapers. This example appeared in an issue of Rio de Janeiro’s Jornal do Commercio, published on October 27, 1827:

Rent good slave that serves for complete service in a house; who may wish him can come look at it at Ouvidor Street, number 113.

Advertisements offering rewards for those who captured fugitive slaves can also be found in Brazil’s newspapers. In this 1827 example from Jornal do Commercio, the slave owner warns citizens about his missing slave: 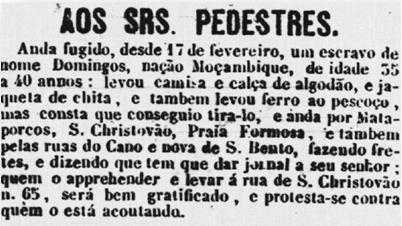 Missing, since February 17, a slave called Domingos, Mozambique Nation, of age 35 to 40 years old: took with him shirt and cotton pants, and calico jacket, and also some iron on the neck and is currently around Mata Porcos, Sao Cristovao, Formosa Beach and also Canos Street and new Sao Bento, doing delivery and saying he needs to give the newspaper to his Lord (owner). Whoever apprehends and takes him to S. Cristovao Street number 65 will receive a gratuity, and protests will be held against those who are giving him shelter.

Slave auctions were also frequently advertised in local papers, an example of which can be seen in this item from the April 1854 issue of Jornal do Commercio:

Slavery in Brazil was finally abolished on May 13, 1888, when Princess Isabel enacted the Golden Law (Lei Áurea).³ 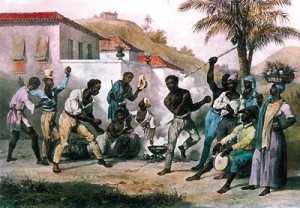 Nearly 125 years later, the legacy of African enslavement in Brazil can be seen in local rituals, religions, traditions and aspects of everyday culture, particularly in the state of Bahia, the African Capital of Brazil. The three newspaper snippets in this post are found in Latin American Newspapers, Series 1 and 2, 1800-1922.  For more information on these two World Newspaper Archive collections, created in partnership with the Center for Research Libraries, please contact readexblog@readex.com. Notes ¹ Pure History. (2012, May 11). History of Brazil. Retrieved August 23, 2012, from http://purehistory.org/events/12978/history-of-brazil.html ² Sousa, R. (2012). Escravidão no Brasil. Retrieved August 23, 2012, from Brasil Escola: http://www.brasilescola.com/historiab/escravidao-no-brasil.htm ³ Olivieri, A. C. (n.d.). Princesa Isabel sancionou a lei que pôs fim à escravidão. Retrieved August 22, 2012, from UOL: http://educacao.uol.com.br/historia-brasil/lei-aurea-princesa-isabel-sancionou-a-lei-que-pos-fim-a-escravidao.jhtm