The propaganda from socialist countries during the Cold War would have the reader believe in fairy tale endings. Revolutions were necessarily unpleasant, but the outcome of full employment, efficient central planning, and a reaffirmation of the dignity of man was held to be worth all the drama. Stalinist purges and peasant starvation were presented as aberrations on the path to an economy and social order that was neither too hot nor too cold, but just right.

However, the reality on the ground often differed from the official narrative. How was the quality of life for the mentally ill? For racial minorities? For religious persons? In this month’s highlights from Joint Publications Research Service (JPRS) Reports, 1957-1995, we'll consider the social challenges that persisted in socialist countries.

On the Composition and Disposition of Patients in USSR Psychiatric Institutions

This report relates the status of nearly 100,000 psychiatric patients across 193 institutions in the Soviet Union. Character of debility, morbidity, demographics, and general forms of treatment are given.

Moslems in the Soviet Union and in China

The Country of Iman al-Bukhari: Its Past and Present

A two-part topical report, the bulk of which is an account of the struggle between China and the Soviet Union over East Turkestan (Xinjiang, Uygur Autonomous Region, China), to which is appended a two-page paean to Turkestan nationalism. Both reports are highly critical of Soviet and Nationalist Chinese imperialism, especially with regard to the anti-Islamic tendencies of socialism.

Racism in the USSR

Somali exchange students face discrimination, harassment and blackmail while pursuing their studies at “Friendship University” in Moscow. They claimed they were beaten by police for dancing with Russian women, called “black monkeys,” denied the exercise of their religion as Muslims, and framed by police to incriminate their fellow Somalis. 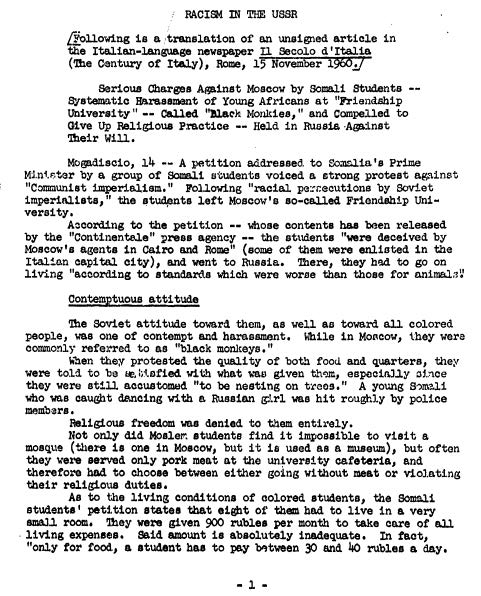 Mao versus Malthus in this review of a book by Lin Sen-mu. The Chinese revolution was said to have eliminated the problem of “surplus population,” but the author claims the problem persists despite the economic gains of the Great Leap Forward.

It’s not unheard of for a country to impose travel restrictions upon foreign nationals crossing their borders, but here the Chinese are singling out their own citizens for special attention based upon the countries from which they are returning. 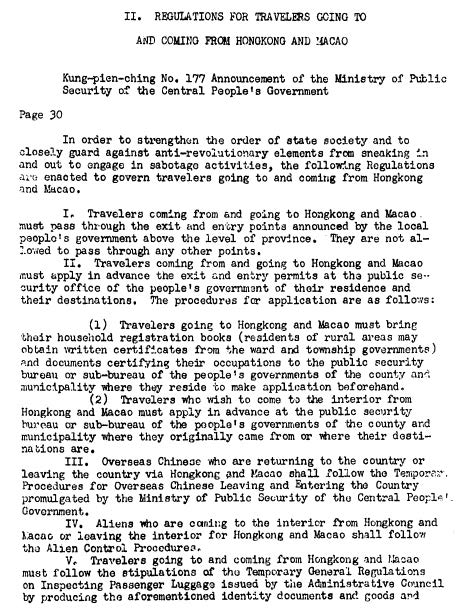 An otherworldly jab at religious persons by the Russians, who wonder how Jewish and Catholic astronauts will adapt to space travel given the dramatic differences in “local” time on the Moon, and the obvious challenges that missionaries would face on other planets. 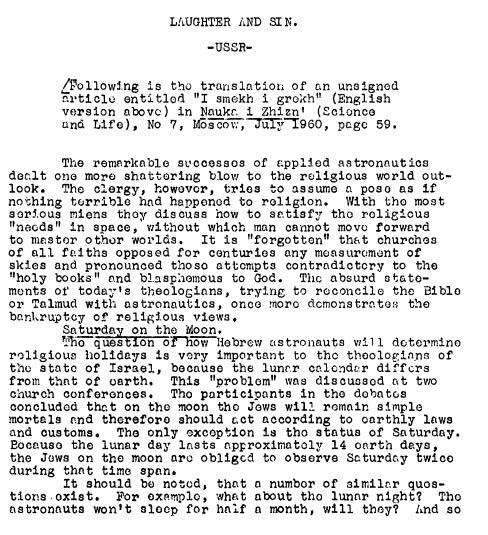