Suburbia and Surveillance: Political and Social Development in the Soviet Union and North Korea

In this month’s highlights from Joint Publications Research Service (JPRS) Reports, 1957-1995, we consider suburban development in the Soviet Union, the means by which that development is accomplished, and what happens to those who fail to sustain that development, or seek to escape from it.

A few years after Nixon and Khrushchev’s 1959 “Kitchen Debate,” which took place in a model single-family American house created in Moscow for a cultural exhibition, the Soviet people experienced their own version of the American post-war suburban movement. In the Soviet case, however, the wholesale resettlement of millions of people was proposed. This was admitted to be an “acute and extremely complex” problem. And in place of the prototypical tract-home development common in America at the time, the Soviets envisioned higher densities in four-to-five-story residential complexes.

This report considers suburban development throughout the Soviet Union and provides a fascinating look into aspects of central planning that touched the daily lives of many Soviet citizens. 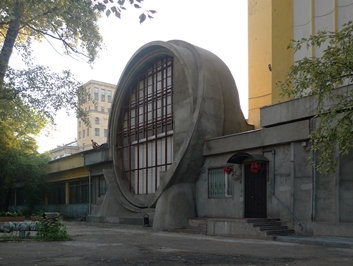 The Post of Planning Commissar is a Precarious One

GOSPLAN was the commonly used name for the State Planning Committee in the Soviet Union. This short report describes what happened when the GOSPLAN officials in charge of carrying out large-scale development programs did not live up to the challenge. “Again and again,” Wolfgang Leonhard writes, “the Soviet party leadership has made attempts to control its economic difficulties through changes and reorganization of the planning head office and through the nomination and dismissal of the responsible directors of this agency.” He notes that the present cycle marked the sixth time the head of GOSPLAN had been replaced since Stalin’s death in 1953.

Leonhard’s description of the contradictions inherent in central planning strikes at the heart of the communist dilemma between economic development and political orthodoxy. 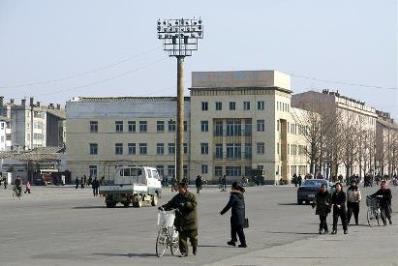 Collection of Treatises on Jurisprudence, 1958

In North Korea, political orthodoxy was enforced through the office of the Public Procurator, which was viewed as “…an inevitable requirement for the functions of economic systematization and cultural enlightenment” and was based on a Soviet model. Although the report does not say how often such officials were replaced, the reader can easily imagine how difficult and politically fraught the work of this office might be. 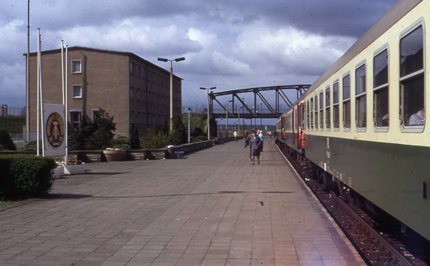 This topical report, consisting of three short news stories from German-language papers, describes the experiences of six young men and two young women who defected to West Germany during a cultural exchange program in Finland.

“Everyone Had to Spy,” reads one headline. Another account tells how these dancers, wrestlers and musicians were told, “If anybody should get the stupid idea here that he could succeed in deserting then he should know that one of these days socialism will triumph even in West Germany.” Despite a heavy authoritarian presence and the students’ privileged position among their communist peers, they did exactly that.