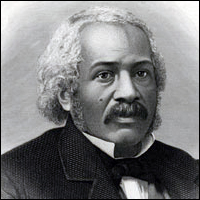 In 2010 descendents of Dr. James McCune Smith, a prominent abolitionist leader and prolific author, discovered and dedicated his unmarked grave in Brooklyn, New York. Dr. Smith (1813–1865) was also the first professionally trained black surgeon in America. Although the dedication of his gravesite received some media coverage, Smith remains a surprisingly little-known pioneer in the struggle for professional and social equality for African Americans. Smith died at the age of 52—five months after the end of the Civil War and less than three weeks before the 13th Amendment abolished slavery—keenly aware that African Americans still faced a long, hard struggle for equality. The New York draft riots of July 1863, in which mobs attacked not only the city’s wealthy but also black New Yorkers, had made that clear to him. After troops quelled the three-day draft riots, which were the culmination of frustration over the unfairness of new laws drafting men to fight in the Civil War, Dr. Smith moved his medical practice and his family from Manhattan to Williamsburg, Brooklyn. He no longer felt safe in Manhattan’s lower 4th Ward, his life-long home. All across southern Manhattan, black neighborhoods like his were being attacked, and black-owned businesses, such as the pharmacy Dr. Smith had once owned and a boarding house owned by his childhood friend Albro Lyons, were being destroyed. His hard work for African American freedom and social equality, as well as the struggle to advance himself and his family, had suffered a violent blow.

The mob had nearly destroyed the drugstore of Philip White, who had been an apprentice of Dr. Smith, but luckily White’s reputation in the neighborhood drew a sympathetic army of protectors. Shocking to many New Yorkers was the burning of the Colored Orphan Asylum, where Dr. Smith was acting physician. Luckily the children had escaped to safety by the time the rioters struck, largely due to the timely arrival of a military attachment from the battlefields of Gettysburg, Pennsylvania. It was happenstance that Dr. Smith was still in New York at the time of the riots. Not long before he had been offered a teaching position at Wilberforce College in Ohio, but he fell ill and felt the move would be too difficult. After the riots, he set up his new practice in the Williamsburg section of Brooklyn and lived there for two years until his death in 1865, seven months after President Lincoln’s assassination. In spite of his discouragement over the riots, Dr. Smith had seen significant advancement for African Americans and could take pride in his own role. James McCune Smith was born in New York City to a former slave mother and white father. He grew up in Manhattan’s lower 4th Ward, attending the African Free School #2 on Mulberry Street where he distinguished himself with good grades under the strict rule of his teacher Charles C. Andrews and the school’s Master Busby. Smith’s scholarship, however, could not overcome the bigotry of the times. Every American university he applied to forbid his entry. Undeterred, and with the strong backing of the African Free School’s administration, he was accepted at Glasgow University in Scotland. He sailed there in 1832, passed his exams with prizes for his BA in 1835, and stayed on to complete his MA in 1836 and medical degree in 1837. Dr. Smith then returned to New York, sailing on a second choice of a ship after being denied passage on the Canonicus because of his race. 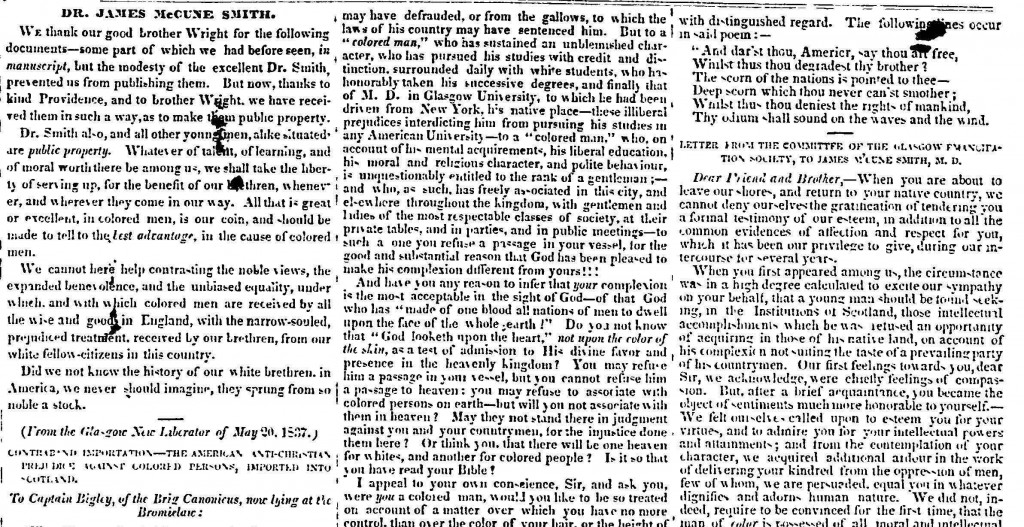 When Dr. Smith returned to New York as the first certified black surgeon in the U.S., he opened a general medical and surgical practice as well as the first black-owned pharmacy in the country. In addition to his distinguished career as a physician, Smith became an active organizer for the abolitionist movement and developed a reputation as a skilled debater and lecturer in both civil rights and medical issues. 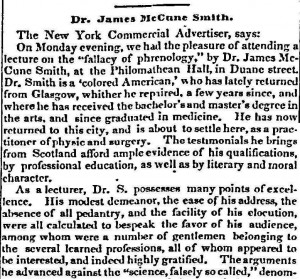 Smith published several passionate essays promoting racial equality and the abolition of slavery. He lectured before the American Anti-Slavery Society and later became its president.

Smith was also involved with the National Council of Colored People. He worked closely with the famous abolitionist Frederick Douglass, his good friend, and he wrote a column in the North Star, Douglass’s newspaper which merged with the Liberty Party Paper and was renamed Frederick Douglass’ Paper. Smith eventually took over the newspaper’s editorial duties for a while. 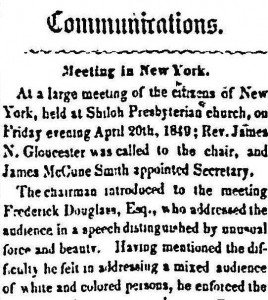 In 1846, Dr. Smith became the medical director and only doctor of New York’s Free Negro Orphans Asylum, where he worked until leaving Manhattan after the race riots. Nineteenth-century newspaper articles about Smith’s lectures and debates capture the esteem and excitement surrounding this key figure in the struggle for equality. How wonderful it would have been to have film, which became available just a few decades later, to capture the eloquence of his language and movement.