Tales of Travel and Adventure: Selected Highlights from Afro-Americana Imprints, 1535-1922 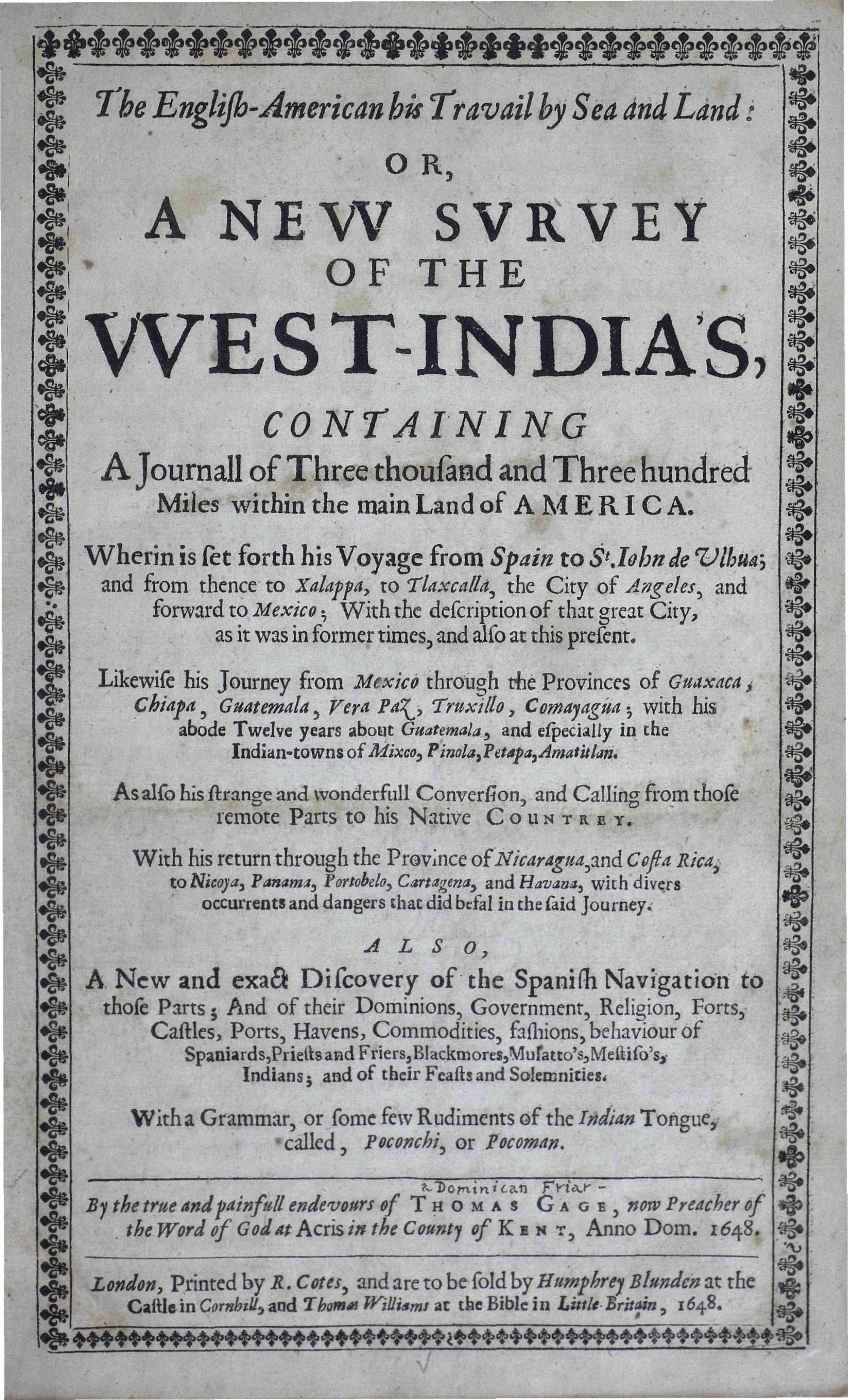 The May release of Afro-Americana Imprints, 1535-1922: From the Library Company of Philadelphia includes several works that provide an outsider’s perspective on subjects ranging from 17th-century Spanish rule of the New World to mid-19th century American life to the slave trade as seen by an unsuspecting sailor.

The English-American his Travail by Sea and Land: or, A New Survey of the West-India's, Containing a Journall of Three Thousand and Three Hundred Miles within the Main Land of America (1648)
By Thomas Gage

Published more than 350 years ago, Thomas Gage’s description of the New World is the first English-language work of its kind. Although Gage included important information about the language and customs of indigenous people, his primary objective was convincing Oliver Cromwell to invade Spanish America. In addition to using the brutality of Spanish rulers as a moral justification for invasion, Gage provided a perhaps more persuasive economic incentive. A poem included in the preface concludes with these lines:

To Lands inrich’d with gold, with pearls and gems,
But above all, where many thousands stay
Of wronged Indians, whom you shall set free
From Spanish yoke, and Rome’s idolatry.

A General Account of the Calamities Occasioned by the Late Tremendous Hurricanes and Earthquakes in the West-India Islands, Foreign as Well as Domestic (1781)

One hundred and thirty years after Gage’s call to arms, the English were again doing battle in the New World. This time, however, their adversary was not another nation but nature itself. The author of this account described the devastation caused by strong Caribbean hurricanes and earthquakes as:

…perhaps the most complicated and universal catastrophe that ever yet befell the islands under our immediate contemplation. 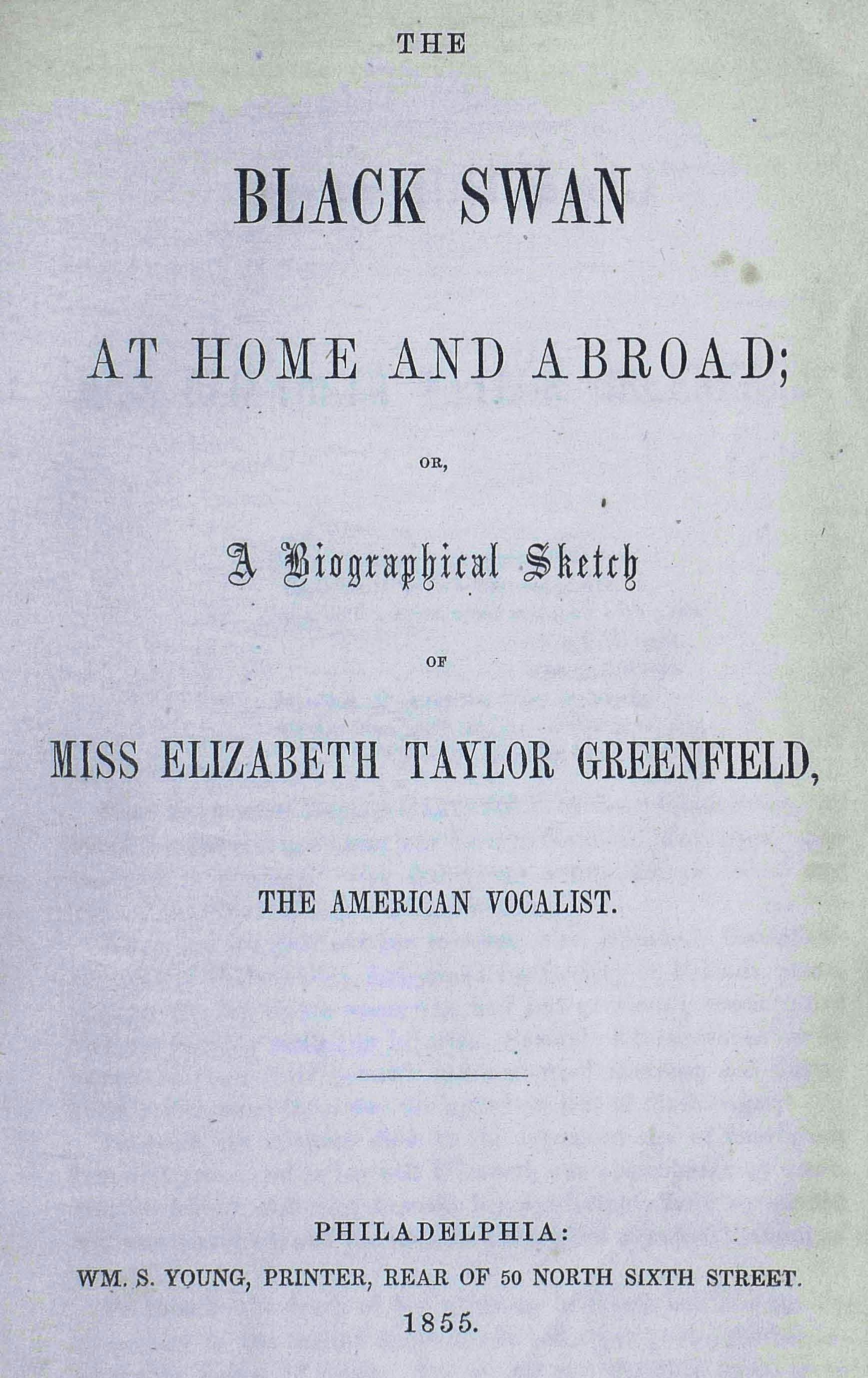 The Black Swan at Home and Abroad; or, A Biographical Sketch of Miss Elizabeth Taylor Greenfield, the American Vocalist (1855)

Elizabeth Taylor Greenfield was perhaps the ultimate outsider. She was born a slave in Mississippi but as an infant was adopted by a Quaker and granted her freedom. As a child Greenfield studied music even though, according to her adoptive family’s religious beliefs, it was forbidden. In 1851, Miss Greenfield, now in her late twenties, staged her concert debut before the Buffalo Musical Association. Two years later she performed in London at the Queen’s Concert Rooms in Hanover Square where, after the concert, her praises were sung:

Miss Greenfield did very well, and was heard with indulgence, though surrounded with artists who had enjoyed what she had not – a life’s training. I could not think…what a loss to art is the enslaving of a race which might produce so much musical talent. Had Miss Greenfield had culture equal to her voice and ear, no singer of any country could have surpassed her. 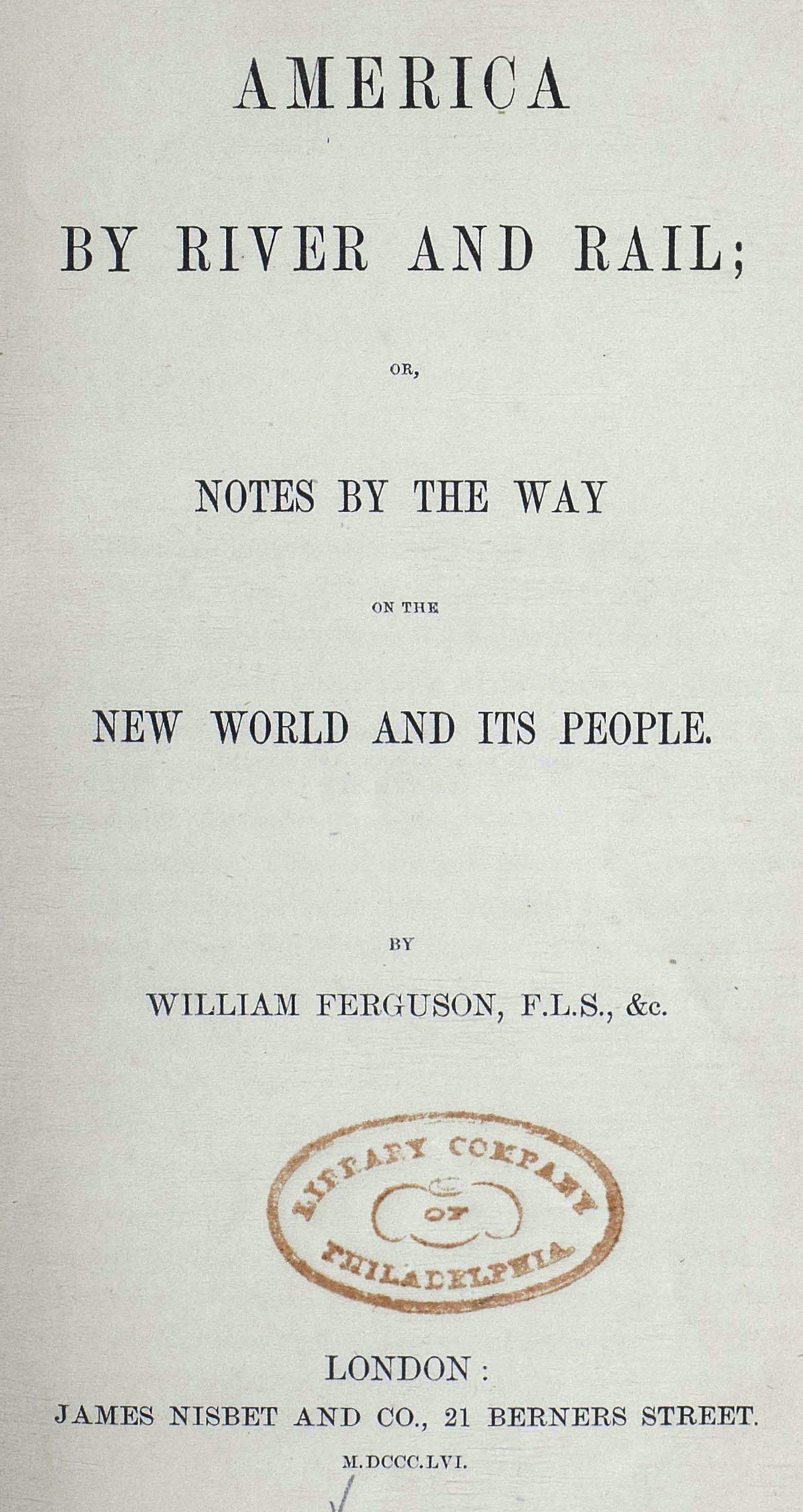 At nearly the same time Miss Greenfield was performing in Buckingham Palace, William Ferguson, an Englishman, was traveling throughout the United States and writing an outsider’s perspective on American life. Although impressed with the greater amenities offered by American hotels than by those in England, Mr. Ferguson’s charity did not extend to the chaotic streets of Boston and the surrounding area. After getting slightly lost en route to Bunker Hill, he described Charleston as “quite intersected by railways,” explaining,

These cross the streets in all direction on the level, and are in most cases without protection. A sign-board, stretched full in front across the whole breadth of the street, bears the legend, ‘Railway crossing. Look out for the engine while the bell is ringing;’ and, in addition to this, a gate is, in some instances, shut across the street while a train is passing. The onus of responsibility seems to be thrown as much as possible on the unlucky passenger. Should he get smashed after the above-mentioned admonition, he is supposed to be himself to blame. 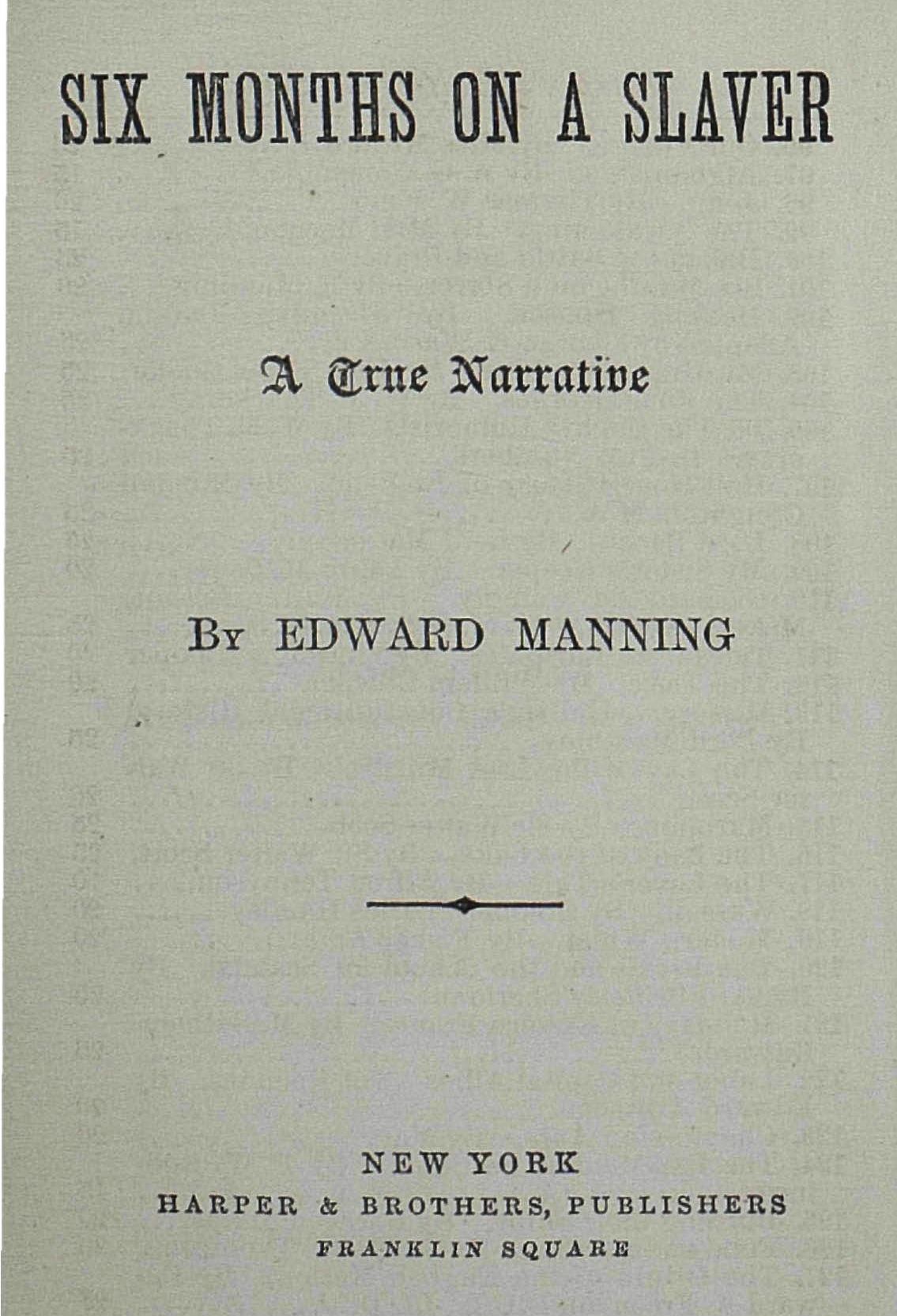 Six Months on a Slaver: A True Narrative (1879)
By Edward Manning

Unlike the accounts above of travel and life abroad, Edward Manning’s journey was of a far more sinister nature. Manning thought he had signed on as a sailor on a whaling ship, but after several weeks aboard, and now cruising off the Azores Island, his “suspicions were aroused that the whaling business was merely a blind.” Upon his shipmates having secured their human cargo, Manning, his suspicions confirmed and his humanity offended, wrote,

…we went down into the hold to see how they had fared during the dreadful night that had just passed. Their haggard looks bore evidence of the misery they had undergone. Pent up in such close quarters, and inhaling such a terrible stench, it was miraculous that one have of them had not perished. We found five or six dead bodies, which were at once hoisted to the deck and consigned to the deep. There was no pretense of any religious ceremony. Just as they were, naked and forlorn, they were tossed overboard, and for a long time we could see the bodies floating in the wake of the boat.