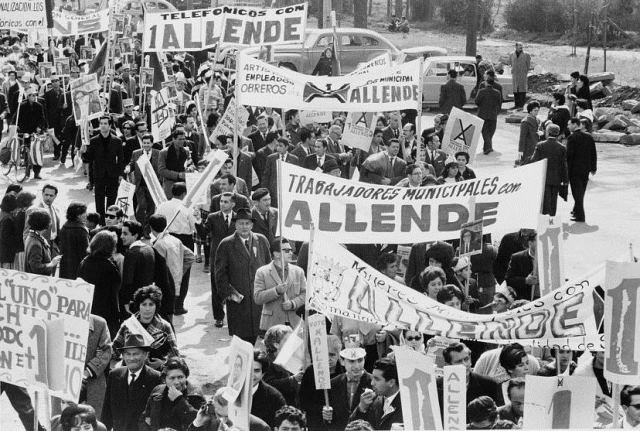 Hyperinflation in Venezuela and Argentina. Transformative elections. Plummeting oil revenue for Brazil. Leftist governments have faced significant political and economic challenges recently. Fifty years ago, regional socialist experiments were at a more nascent and often violent stage in their development.

In this month’s highlights from Joint Publications Research Service (JPRS) Reports, 1957-1995, we’ll peruse family snapshots of Latin American politics back when communism—for all its bloodshed and “red” ideology—appeared more black-and-white.

In what could be the first line of a novel, the opening sentence of this report says volumes about life in Venezuela in 1962: “Fabricio and his partisans threatened to shoot the peasants.” Che Guevara’s name comes up, as does the revolutionary character of Jesus Christ’s ministry on Earth.

A government attempt to retrieve a stolen vehicle turns into a five-hour confrontation.

Conferences rather than confrontations here as the peasants attempt to consolidate their power and better their situation.

A general, chronological report on Cuban trade in the first year under an embargo by the United States, but before the Cuban Missile Crisis.

The Peruvian Communists and the Military Junta

The communists discuss the class response to a coup d’état and the labor actions that will ensue.

Communist and Pro-Communist Activity in Colombia

Financial turmoil, militant priests, and “Christmas for political prisoners”—this report has it all. Kennedy’s “Alliance for Progress” was underway, but the sought-for progress was unevenly distributed, and the alliances were unreliably progressive. The final notice promises “The Colombian people will sacrifice its blood if Cuba is invaded.”