Toddies Innumerable and Punches Without Limit 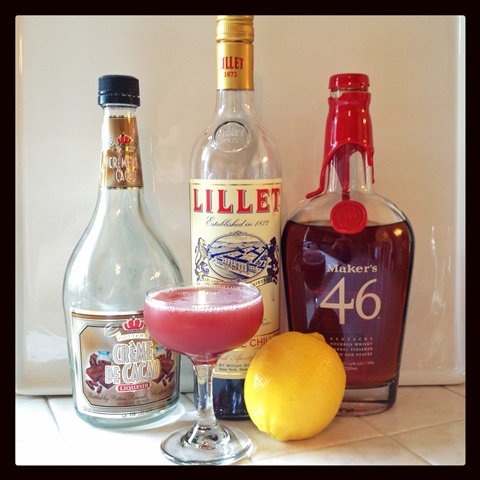 One joy of 19th-century American newspapers is reading the columns devoted to non-news things. The example seen below—published on page three of the Indiana State Journal on August 11, 1897—is entitled “Drinks and Drinkers: What People of Various Lands Exhilarate Themselves With.”

After a quick whip-around describing the drinking styles in various parts of the United States—the Easterner is quick, the Southerner courtly and discursive in conversation, and military men say “How” and down it goes—the unnamed author declares:

It is a world of strange drinks. Americans are supposed to be past masters in the art of mixing singular decoctions. The very names of them give the untraveled Englishman a sense of wonder extreme. We have the cocktail of various kinds, the rickey, the ginsling, the julep, the stone fence, the eye opener, the brain duster, the silver fizz, the golden fizz, the smash, the pick-me-up, the Remsen cooler, toddies innumerable and punches without limit. One barkeeper of New York city, known to newspaper men affectionately as “the only William,” has published a book containing recipes for the making of more than five thousand drinks. Many of them are of his own invention, but they may be had as far west as the Pacific.

Further in, the author explores beyond the U.S.:

In other lands there are drinks far beyond ours in strength and strangeness. There is the Russian vodki, for instance. A gill of it poured down a Carthagenian mummy will set that long-dead person to fighting all his Punic battles o’er again. In the forceful language of the West, “Two drinks of it will make a man go home and steal his own pants.”

Then there is a tour d’horizon that sends the reader around the world from the West Indies to the South Seas, Africa to Mexico, describing the alcohol most beloved in each spot.

And the writer ends on an academic note, discussing the theory of the motto “In vino veritas”—i.e., in wine there is truth—and rolling out some big guns from the preceding century, James Boswell and Dr. Samuel Johnson.

Believing that when the wine is in truth will out, Boswell once ventured to defend convivial indulgence for the sake of the verities it revealed, whereupon the redoubtable Dr. Samuel made answer in his usual fashion: “Why, sir, that may be an argument for drinking if you suppose men in general to be liars. But, sir, I would not keep company with a fellow who lies as longs as he is sober and whom you must make drunk before you can get a word of truth out of him.” 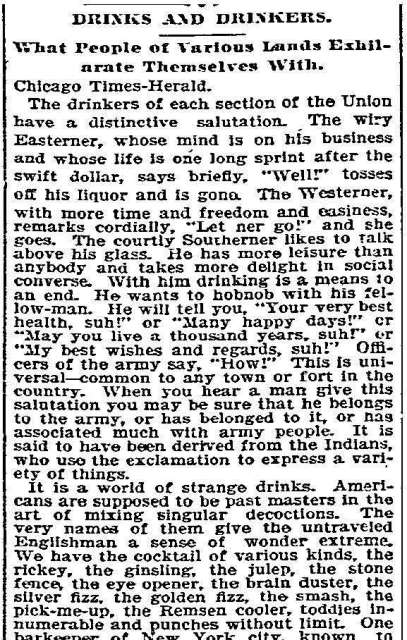