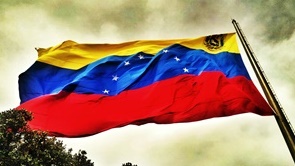 Venezuela wasn't always burning out of control. Even before the rise of Hugo Chavez nearly twenty years ago and the tangible abundance brought about through his social welfare initiatives, Venezuela had a reasonable claim as a model of economic success in Latin America. Further, it was blessed with an abundance of a key natural resource, petroleum, as can be seen below in maps found in the U.S. Congressional Serial Set. 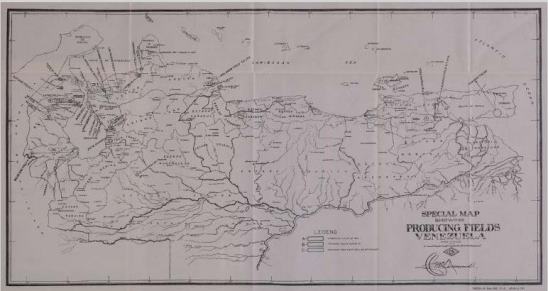 True, its economy relied too much upon petroleum exports, but that appeared to be a manageable problem with oil prices at historic highs through much of Chavez’s tenure. But even Chavez failed before he succeeded; he was imprisoned for his role in a failed coup d’état in 1992, before his election as president in 1998. The overall trend was for rising oil prices.

And after all, Venezuela was a founding member of the Organization of Petroleum Exporting Countries (OPEC), which historically exercised great influence on those prices. How bad could this petroleum dependency really be?

The answer: historically bad, judging from the current plight of embattled President Nicholas Maduro, the recent constitutional wrangling between Venezuela's Supreme Court and its National Assembly, and the ongoing struggle of its desperate citizens for order and sustenance. But Maduro was Chavez’s vice president, a fellow Socialist who succeeded him in an orderly transition in 2013. How did the country run so precipitously off the rails?

Through Joint Publications Research Service (JPRS) Reports, 1957-1995, we can trace Venezuela's oil hangover back to its source. In “Latin America Report. No. 2258. ‘The Venezuela Effect’: Oil Revenue and Development Strategy” (JPRS 77430, Resumen, 11 January 1981, 59 pages), journalist Jorge Olavarria makes the case that even in good times, Venezuela's preeminence as a petroleum exporting nation has been a mixed blessing at best.

The basic idea is that a sudden influx of revenue based on a nonrenewable resource encourages spending that ignores social and physical infrastructure and diversification, and can result in dramatic increases in domestic prices—inflation. The increased cost of everything then reinforces even greater demands for revenue from the exported commodity—in this case, oil—which in turn ratchets up spending and the inflationary cycle repeats, often exacerbated by reckless borrowing to sustain an artificially high standard of living. When export revenue suffers an inevitable downturn the wheels come off the producing country’s economy. It seems there can indeed be too much of a good thing.

The stage was set by OPEC's 1973 embargo. Venezuela didn’t sign onto the embargo, and reaped substantial benefits by ramping up production. Olavarria’s 1981 report shows that Government revenue rose by about 15%, and per capita spending more than doubled: 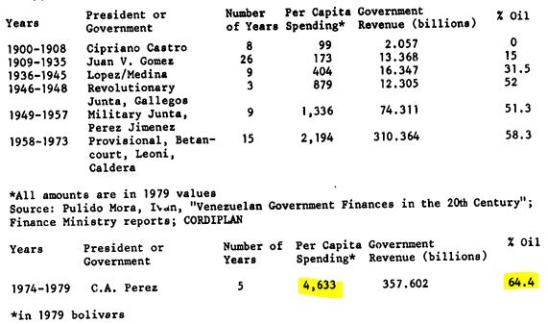 The share of petroleum dollars as a percentage of government revenue rose as well, to 64.4%. The rising tide lifted all boats, albeit in an economy that was drastically skewed towards a single, economically volatile commodity.

But what happens when that tide goes way, way out? Nothing good. Revenue from the boom years fueled the late President Hugo Chavez’s social welfare programs and kept the Socialists in office. But now the revenue stream has dried up. One can well imagine the challenge of meeting domestic and foreign obligations when oil revenue swings from a high near $140 USD per barrel to its present rate of about $50 USD.

With volatile oil prices come volatile consumer prices; inflation currently exceeds 700%, and is forecast to go higher. In the face of the social unrest of its starving citizens the United Socialist Party is anything but united, yet remains in power through draconian means. Olavarria's words are even more resonant in the present than they were in 1981:

Under Carlos Perez, then Chavez, the cycle repeats itself. Now it’s the morning after the spree, inflation has returned with a vengeance, and Maduro is left to clean up. By not investing in critical infrastructure, diversifying their economy, and raising real productivity, the Socialists could be thrown out of power, and the people thrown into poverty for years to come. 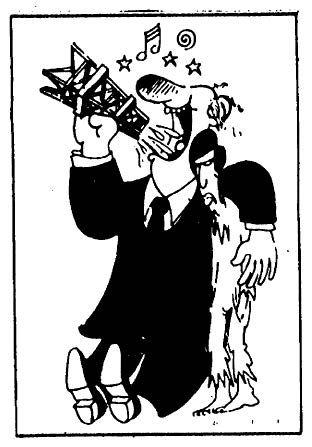