Watch the New Video: “Did Abolitionists Cause the Civil War?” by Manisha Sinha 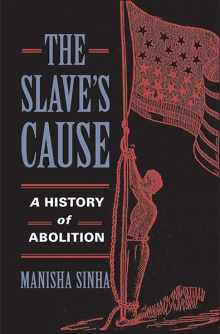 For the past ten years, Manisha Sinha has immersed herself in the 19th century and the world of abolitionists. The fruits of Sinha’s scholarship, a comprehensive history of the abolition movement, The Slave's Cause: A History of Abolition (Yale University Press, 2016), arrives in bookstores this month.

Her work is already challenging some of the conventional ideas associated with abolition. For example, Sinha—Professor of Afro-American Studies and History at the University of Massachusetts, Amherst—extends the movement’s chronological boundaries to the 18th century and demonstrates that abolition was a radical movement that involved many issues in addition to the emancipation of slaves. Perhaps most importantly, Sinha also brings light to the largely forgotten impact on the abolition movement of free and enslaved African Americans.

Speaking at a Readex breakfast event during the American Library Association Midwinter Meeting in Boston earlier this month, Sinha shared the major findings of her decade-long dive into abolition history and how she went about conducting research for the book. In the full presentation, Sinha describes her many trips to repositories to review physical documents, and even joked the time she spent at the American Antiquarian Society—which she describes as “the best place to do research”—almost reached the level of an occupation.

“They got me there for a year on an NEH fellowship, and I never left!” Sinha told the audience.

While steeping herself in the archives was necessary and incredibly beneficial, Sinha also explained the critical role digital resources played in her research:

After the presentation, Sinha shared with the Readex team that she believes having digital resources, including access to Early American Newspapers and The American Slavery Collection, 1820-1922: From the American Antiquarian Society, is changing scholarship.

“I think we will become better historians and better researchers because of that,” Sinha said.

In a follow-up survey, attendees wrote:

“Dr. Sinha's presentation brought out connections between different populations and social movements that I didn't know about before.”

“Sinha was a true scholar and her talk on abolitionists and slavery was very interesting and informative.”

“I always learn about more databases, research strategies, and history. You have never disappointed. The speakers are always top-notch scholars.”

We hope to see you at a future Readex presentation. For previously recorded talks hosted by Readex, please see our Event Talks page.