What Not to Wear?: “China’s General Chiang Issues Ten Style Commandments for Women” 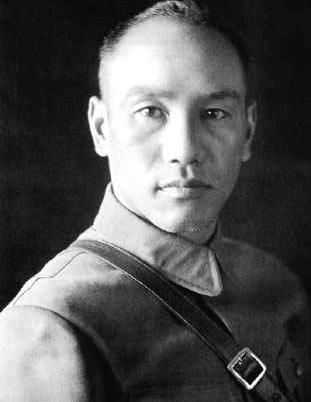 In the mid-1930s, when he presented these fashion rules, Chiang Kai-shek was political leader of the Chinese Nationalist Party, head of the country's army, and nominally China’s leader. China, however, was divided into competing factions: besides Chiang's forces, the Communists controlled the province of Jiangxi, and the Japanese were encroaching into the northeast region. At the end of 1934, when the article below was published in the Seattle Times, Chiang's armies were making their fifth attempt to encircle the Communists in Jiangxi, a successful effort that led to the famous Long March. The Long March, the Communist armies' meandering retreat under pressure to Shaanxi, lead to Mao Zedong becoming political leader of the Communists, with Zhou Enlai’s support, and Zhu De becoming military leader. They would remain in these roles for the rest of the Chinese Civil War. 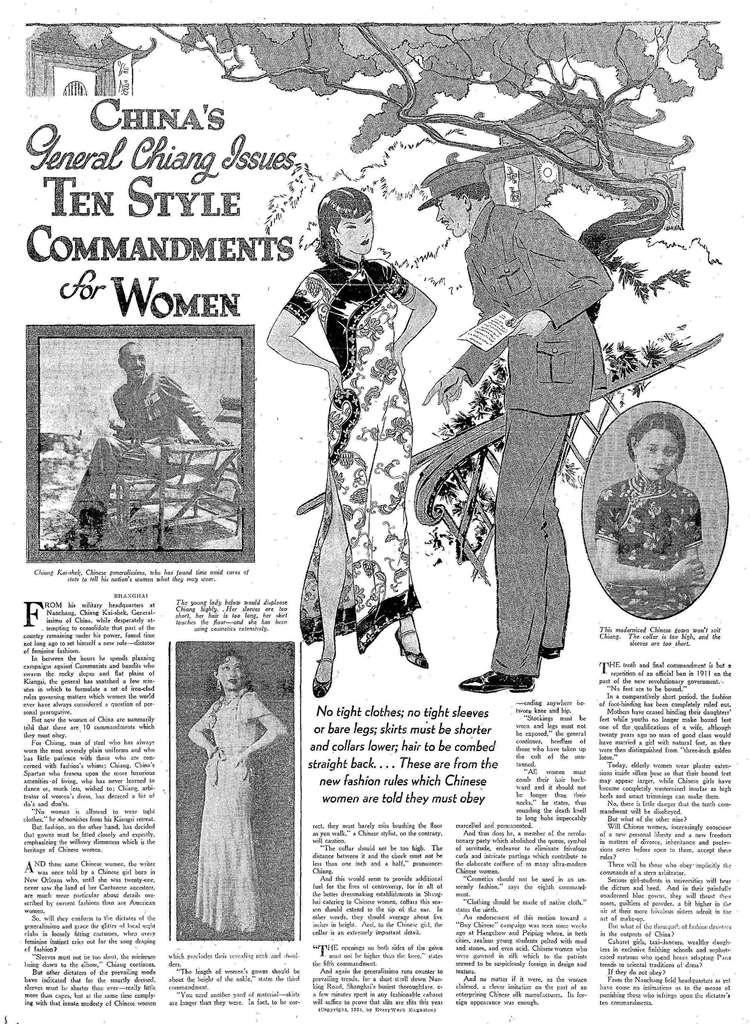 In December 1934, Chiang had a busy life. He probably shouldn't have tried to prescribe a wardrobe makeover for his country’s women. As the article puts it:

From his military headquarters and Nanchang, Chiang Kai-shek, Generalissimo of China, while desperately attempting to consolidate that part of the country remaining under his power, found time not long ago to set himself a new role—dictator of feminine fashion.

In between the hours he spends planning campaigns against the Communists and bandits who swarm the rocky slopes and flat plains of Kiangsi, the general snatched a few minutes in which to formulate a set of iron-clad rules governing matters which women the world over have always considered a question of personal prerogative.

But now, as reported above in the Seattle Times on December 9, 1934, the women of China are summarily told that there are ten fashion commandments they must obey. Click on the article above to find out what they are.

For more information about the Seattle Times (1900-1984), an American Newspaper Archive, or to request a trial for your institution, please contact readexmarketing@readex.com.