Women in Disguise, Distress and Even in Battle: Riveting Works by Women in American Pamphlets

Women in Disguise, Distress and Even in Battle: Riveting Works by Women in American Pamphlets 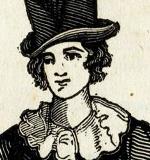 Although men constitute a preponderance of the authors of the more than 25,000 American pamphlets in the New-York Historical Society’s extraordinary collection, many works written and published by women are also included. From the most recent release of American Pamphlets, Series 1, 1822-1922, here are brief descriptions of three gripping personal narratives by American women: 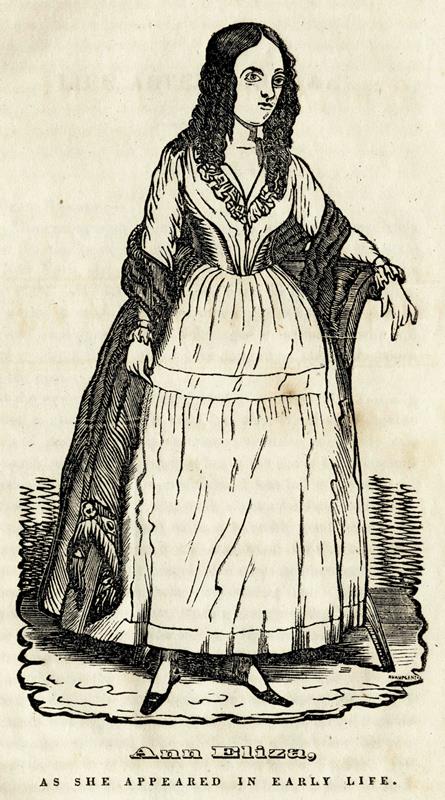 Ann Eliza Dow, by her own account, made bad decisions that imperiled her life and her reputation. She married unwisely and was abandoned more than once. She struggled constantly, at first to support herself and later a child whom she was willing to give up to be a sort of indentured servant. She published her own story as a warning to other young women, and she seems brutally honest about herself and her actions. Dow’s compelling narrative is not what a reader might assume was typical for its time and place.

An address delivered in 1802 in various towns in Massachusetts, Rhode Island and New York by Mrs. Deborah Sampson Gannett, of Sharon, Massachusetts, a soldier of the American Revolution (1905) 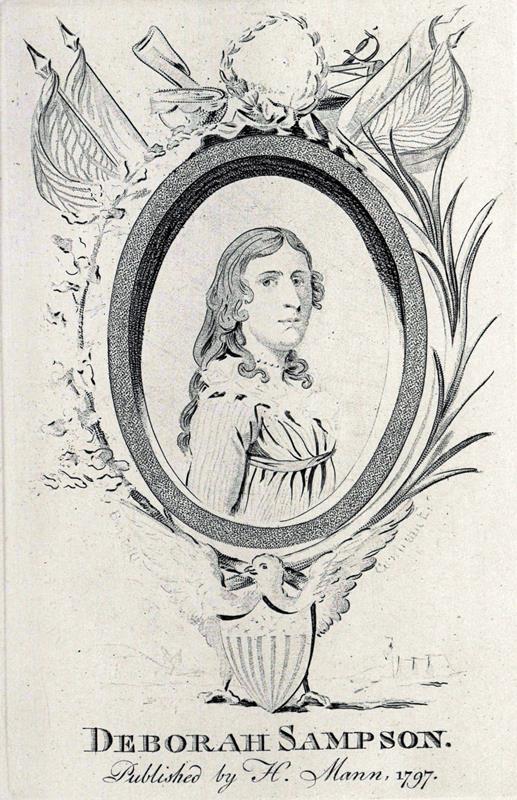 Deborah Sampson Gannett had a voice quite unlike Ann Eliza Dow. Gannett disguised as a man joined the Continental Army during the American Revolution. She served for 17 months until she was injured and was granted an honorable discharge. She joined the army using a deceased brother’s name, and partly because she was tall for a woman of that era, she was not discovered to be female for the entire time she served and fought. In later life she was induced to making stage presentations of her experiences because she was poor and in debt. She was, with the help of Paul Revere, finally able to begin receiving a pension for her army service and wounds. Here she tells her remarkable story.

The cabin boy wife or, Singular and surprising adventures of Mrs. Ellen Stephens, who having been compelled to marry against her will, after experiencing much cruel treatment, was deserted by her husband, and in pursuit of whom, (and her infant child) dressed in male attire, and obtaining a berth on board one of the steamers, on the Mississippi River, as cabin boy, in that capacity made several passages up and down the river, in 1839 and '40, without her sex being known or suspected annexed is the still more surprising exploits of Almira Paul, who, garbed as a male, in the capacity of cook, &c., served on board several English and American vessels for the space of three years, without betraying her sex (1840) 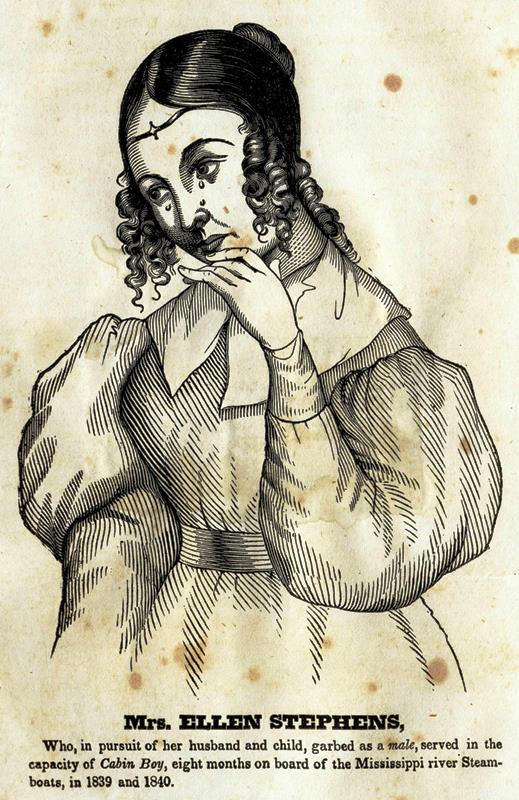 Although her circumstances were superficially different from those of either Ann Eliza Dow or Deborah Sampson Gannett, Ellen Stephens shared their fates as women in a society that did not grant them much agency in their lives. By her own account Gannett married badly. She was cruelly treated by her husband who finally acted on his threat to take their son and abandon her. Proceeding on a rumor that her husband and child were seen travelling the Mississippi River, Stephens disguised herself as a young man and got hired as a cabin boy on a steamer. This is her adventure as she seeks her child.