Latin American Newspapers, Series 1 and 2, 1805-1922, offer unprecedented coverage of the people, issues and events that shaped this vital region during the 19th and early 20th centuries. Featuring titles from Argentina, Brazil, Chile, Cuba, Guatemala, Mexico, Peru, Venezuela and a dozen other countries, these resources provide a wide range of viewpoints from diverse Latin American cultures. Together, both series of Latin American Newspapers chronicles the evolution of Latin America over two centuries through eyewitness reporting, editorials, legislative information, letters, poetry, advertisements, obituaries and other items.

An integral part of the World Newspaper Archive

Created in partnership with the Center for Research Libraries—one of the world's largest and most important newspaper repositories—Latin American Newspapers, Series 1 and 2, 1805-1922, is a core collection in the World Newspaper Archive. Advancing research and offering opportunities for fresh insights across wide-ranging academic disciplines, the World Newspaper Archive also includes historical newspapers published in Latin America and South Asia. The Center for Research Libraries and its partners are committed to providing sustainable access to a rich and diverse set of international scholarly resources.

Ideal for students, teachers and scholars around the globe, this uniquely comprehensive online resource can be cross-searched with America's Historical Newspapers for unprecedented coverage of world history.

"Latin American Newspapers, 1805-1922 and the U.S. Congressional Serial Set, 1817-1994 are two databases of great importance for Latin American studies. Together they provide more than 30 newspapers and 400,000 government documents that provide Latin American researchers with access to critical historical information without requiring travel to the United States or neighboring countries. These high-quality Readex collections offer new opportunities to explore, understand and reveal our own history; both are of huge value to historical researchers in many different fields of the humanities and social sciences." — Prof. Kátia Couto, Department of History, Universidade Federal do Amazonas-UFAM

“Latin American Newspapers, Series 2, 1822-1922, is an expansion of the original collection (CH, Oct’09, 47-0599), continuing Readex’s partnership with the Center for Research Libraries….Geographic coverage in Series 2 spans the whole region, from Mexico to the Southern Cone….The majority of the content is in Spanish with some significant material in Portuguese….The images and PDFs are high quality, especially considering the original source material….This database can be acquired as a stand-alone collection but is best seen as an expansion of the earlier series. Libraries that own or are considering purchasing Series 1 should give it strong consideration. Summing Up: Highly recommended. Libraries with the earlier series; lower-division undergraduates through researchers/faculty.”
— L. Gardinier, University of Iowa in Choice (January 2015)

"Latin American Newspapers Series 1, 1805-1922 and Series 2, 1822-1922, contains the full text of nearly 250 newspapers from Mexico and nations of the Caribbean, Central America, and South America scanned from the holdings of libraries such as the University of Texas at Austin, the New York Public Library, and other CRL members. This collection will prove to be another significant contribution by Readex to historical studies of the Americas.

"These publications are invaluable records of daily life in Latin America as well important documents tracing the nations’ struggle following independence from Spain along with their many debates and conflicts with the US and European powers throughout the nineteenth century and early twentieth. The collection has newspapers in Spanish, Portuguese, and French, and a number of English-language newspapers from Latin America as well. The titles include many publications that are among the first daily newspapers to appear in their respective countries and reflect the social and political currents of era. Some newspapers such as El Universal of Mexico City still hold a prominent place in Latin American journalism.

"Advertisements, obituaries, and brief notices appear along with the full-length articles, providing a glimpse into the historical context of the times. Researchers can find first-hand reports and commentaries on key events such as rise and fall of the Mexican Empire, the Mexican Revolution, the Spanish-American War in Cuba (there, for example, are many articles in Spanish and English on Theodore Roosevelt and his Rough Riders of interest to US historians), the Brazilian settlement of the Amazon, and many others. Few North American libraries have access to these rare titles, but now both CRL members and non-CRL member institutions can benefit from this unique collection."
— David D. Oberhelman, Professor, Humanities-Social Sciences Division, Edmon Low Library, Oklahoma State University in Reference Reviews (2013, Volume 27, Number 1)

“Readex joined with the Center for Research Libraries (CRL), an international consortium of university, college, and independent research libraries famed for the extent and quality of its newspaper collection, to produce World Newspaper Archive (1800–1922) of which Latin American Newspapers is the first segment to be released. Additional modules in World Newspaper Archive will include newspapers from Africa, Eastern Europe, and South Asia. The Readex projects have made judicious selections because they have been well counseled by the professional staff of CRL and their ongoing Advisory Committees comprised of leading research librarians and scholars in the field. The continuous nature of the advisory project is the key here. The two historical collections from Readex represent decades of collecting and a very deliberate plan to preserve, share, and expand holdings on Latino and Latin American Studies.

“The Readex interface is the same for Hispanic American Newspapers, 1808–1980, and Latin American Newspapers. It is sufficiently distinct and data-rich that it requires a few minutes of study before using it....The five tabs include dates and eras; article type; languages; places of publication; and newspaper titles. Each of these tabs allows further narrowing and sorting. The tabs are also valuable as browsing devices. Clicking on the titles tab and selecting an individual title calls up clearly marked calendars showing the dates of coverage and facilitating browsing of actual issues. Similarly, a search brings up individual results that display a snippet of the actual article image. Images are easy to enlarge or reduce; navigation around the article is intuitive and articles can be easily saved in PDF and/or sent by e-mail.”
— Holly Ackerman, Librarian for Latin America and Iberia, Perkins Library, Duke University in The Charleston Advisor (January 2010)

"Latin American Newspapers, an ongoing joint project from the Center for Research Libraries and Readex, a division of NewsBank, is a database that aims to digitize 35 Latin American newspapers from the 19th and 20th centuries. ...The database has a broad scope, currently ranging from Mexico to the Southern Cone, and including major newspapers such as El Mercurio (Chile) and La Razón (Argentina). It has the bonus of including English-language titles--the Mexican Herald, the West Coast Leader (Peru), and the Daily Chronicle (Guyana)--as well as Spanish and Portuguese titles. ...Cross-searchable with America's Historical Newspapers and containing English sources, it will be particularly useful for undergraduates seeking primary sources for this time period. Summing Up: Recommended. Lower- and upper-level undergraduates."
—A. Hicks, University  of Colorado, Boulder in Choice (October  2009)

Other Products of Interest

This one-of-a-kind collection provides online access to a select group of South Asian newspapers from the 19th and early 20th centuries. Featuring English-, Gujarati- and Bengali-language papers published in India, in the regions of the Subcontinent that now comprise Pakistan, and in Ceylon (now Sri Lanka), South Asian Newspapers offers extensive coverage of the people, issues and events that shaped… Learn more.
Print Email Share 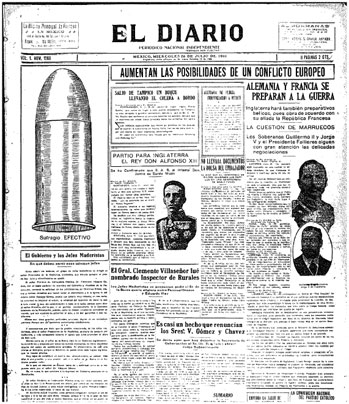 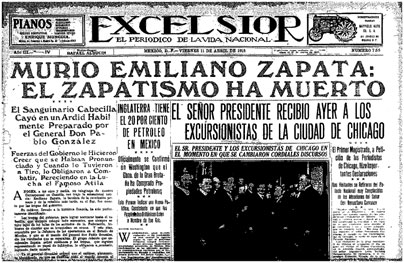 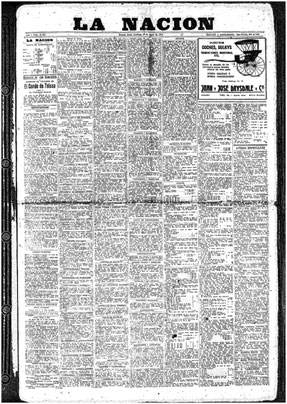 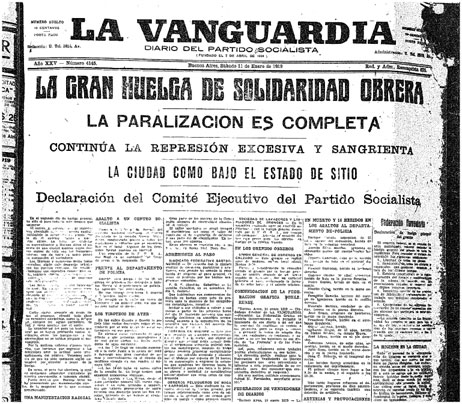 The Father of Brazilian Soccer: Searching for Charles Miller in Latin American Newspapers
Back to top