More than 2,000 works, from plays and playbills to theatrical history, censorship, and more
Summary
Learn what makes this product unique
Download the flyer

From its earliest days, American theater has entertained playgoers with works that explore love, religion, politics, contemporary issues and current events, and even the simplest nuances of everyday life.

The most comprehensive collection about the American theatre from 1702 to 1819, The American Stage to 1819 features more than 2,000 primary sources representing the era’s range of genres. Historical plays, melodramas, comedies, satires, musicals, operas, dramatic adaptations, and more reveal the American theater’s importance as a cultural institution. And, the inclusion of foreign works printed in America during this time enables scholarly analysis of their influence on the American theater and its creators.

Theater evolves alongside an emerging America
The earliest theatrical performances were amateur productions, typically performed by acting ensembles and student groups in barns and taverns. Puritanical beliefs in Colonial New England restricted the growth of regional theater productions, but by the early decades of the 1700s performances had expanded to other colonies. Considered a priority for emerging communities, theaters were often established even before public works such as sewers and sidewalks.

Some 300 years later, the study of theater in America—and its cultural relevance and importance—would likely surprise those early thespians and audiences. Could they have imagined that one of the most acclaimed, awarded, and profitable theater productions of the 21st century, Hamilton, would be a progressive view of their own tumultuous era? But this was a progressive era indeed, including a revolution and the formation of a new nation—events that are abundantly reflected in America’s theatrical history. With The American Stage to 1819, researchers can discover lost experiences and meaningful contributions that influence present-day theatrical productions.

Intuitive technology supports cross-disciplinary studies
Scholars will acquire a deeper understanding of theater by exploring influential plays such as The Poor Soldier, Bold Stroke for a Wife, and The Glory of Columbia; fascinating personalities such as John O’Keeffe, Susanna Centlivre and William Dunlap; and diverse genres including dramatic plays, comic operas, comedies, and songs. Also included are playbills, letters, speeches, proclamations, theatrical histories, and literary criticisms reflecting debates of the era—including the moral and political impact of early American theater.

Sourced from the American Antiquarian Society and The Library Company of Philadelphia, the collection is easily navigated to provide exceptional search results with Suggested Searches paths. It also offers intuitive features such as Readex Text Explorer and Author Biographies for in-depth scholarly exploration and analysis. 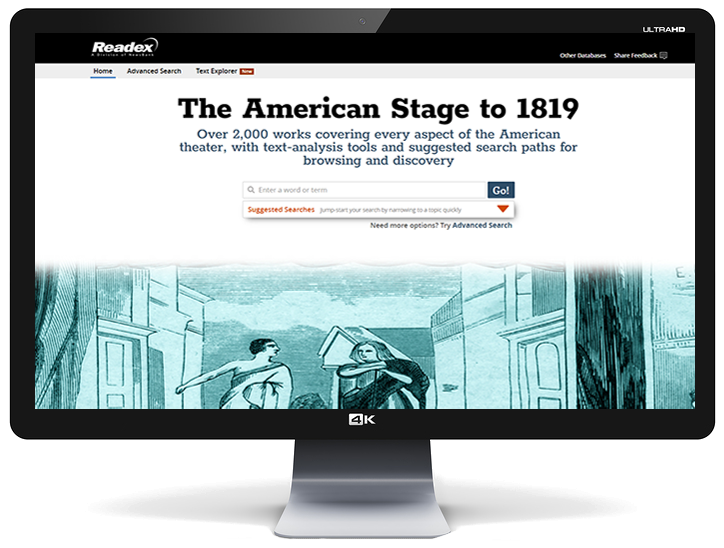 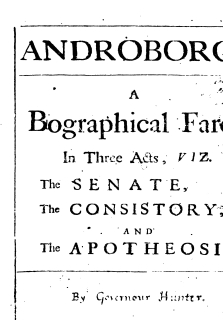 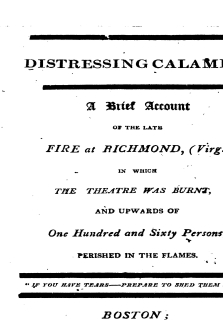 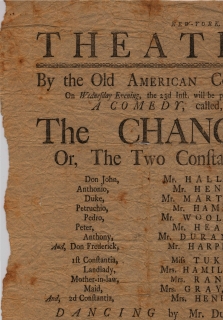 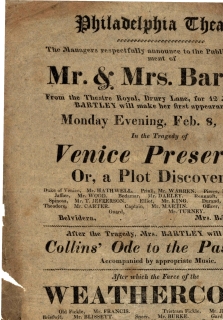 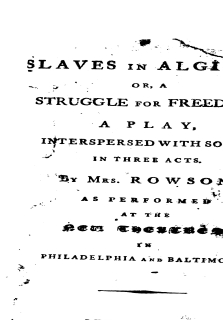 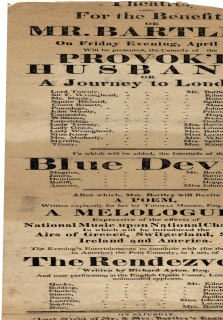 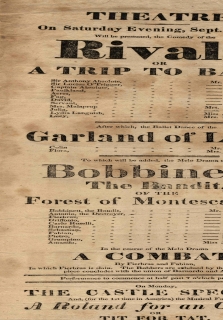 Tell your Library
Recommend this product to your institution
Also of Interest
Frequently acquired with The American Stage to 1819
Defining a Nation: The Literature of Early America 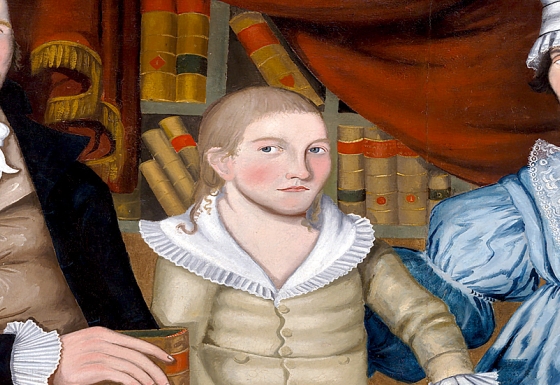 An authoritative digital record of the American stage spanning 80 years 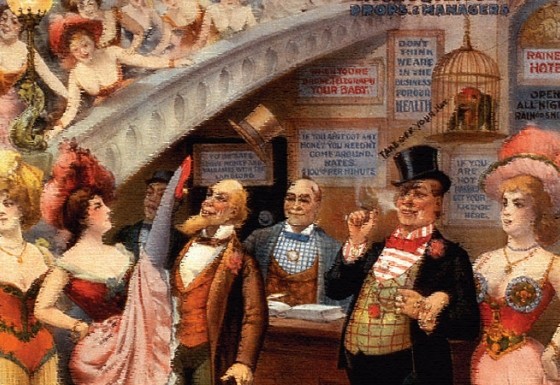