For anyone seeking to understand one of the world’s most complex, volatile and internationally significant regions, Middle East and North Africa: Global Perspectives, 1958-1994, is an indispensable resource. This fully searchable online archive offers firsthand reporting and deep analysis on important issues and historic events from Morocco to Egypt to Afghanistan. And with unique content not available anywhere else, it allows researchers unprecedented opportunities to delve into the cultural, economic and political forces that are integral to an array of interdisciplinary topics.

A trove of international sources
The documents in this collection were sourced from international journals, newspapers, scientific reports, and radio and television broadcasts from 19 countries in North Africa and the Middle East, as well as from other nations with security interests in the region. A division of the Central Intelligence Agency identified, curated and translated the documents into English every day for four decades. Together, the archive delivers an unmatched trove of primary source information. In addition to local and international news, Middle East and North Africa: Global Perspectives, 1958-1994, also includes government-level analysis and commentary.

The rise of one of the world’s most volatile regions
Beginning with the Cold War and the confrontation between East and West, Middle East and North Africa: Global Perspectives, 1958-1994, continues to provide insight into an astonishing array of civil wars, revolutions, border issues and religious and cultural movements. It offers unique perspectives on Nasser’s rule and the Sadat era, the effects of foreign policy decisions, the role of Soviet invasions, shifting alliances and matters of sovereignty, and the complex factors that gave rise to modern terrorist organizations. In addition to providing in-depth research potential for these and dozens of other historical events, this one-of-a-kind archive also provides essential context for understanding the forces shaping the modern world.

Unprecedented research potential
With their outsized global influence, events in the Middle East and North Africa offer an intriguing glimpse into a multitude of topics. Researchers in women’s studies, for example, can track the rise of legal rights and socio-economic status for women in Arabic-speaking countries. Scholars in military studies will find a wealth of relevant material on skirmishes, occupations and weapon development. Religious researchers, sociologists, environmental historians and anyone studying ethnic history or migration will also find unmatched sources to advance their research. In addition, the interface enables students and scholars to easily browse the collection by a broad range of topics, each providing highly relevant results for users at all levels. 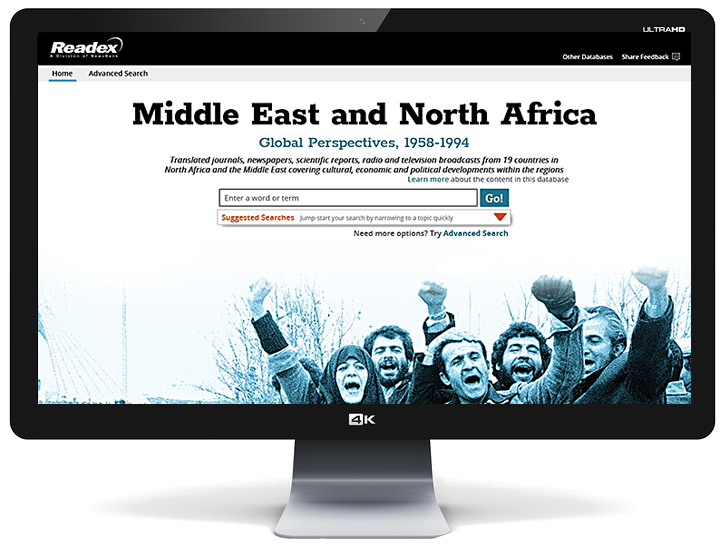 “...an unfiltered view…”
“...unique and fascinating content...with perspectives that are not represented in other databases.” 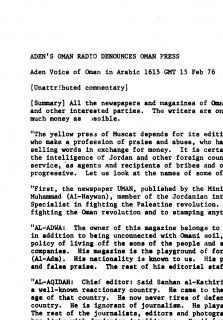 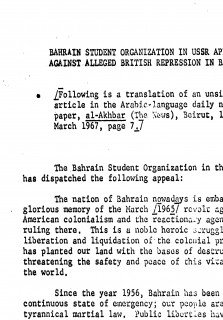 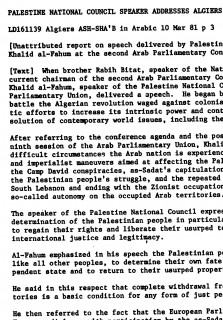 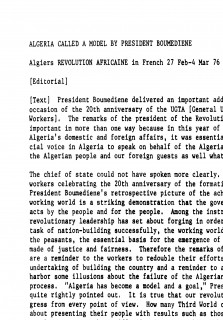 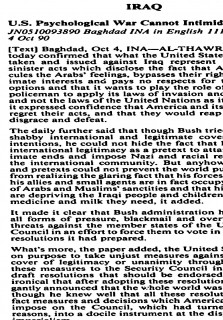 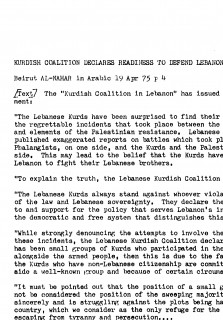 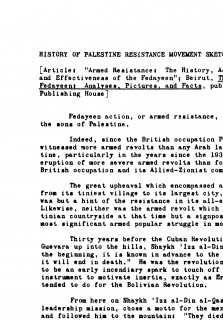 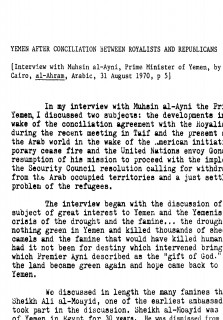 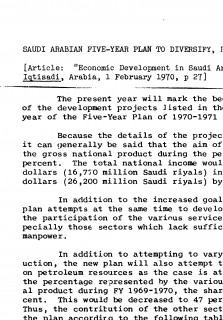 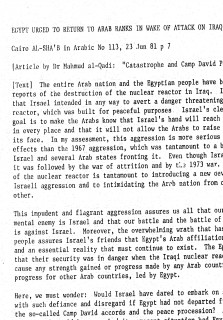 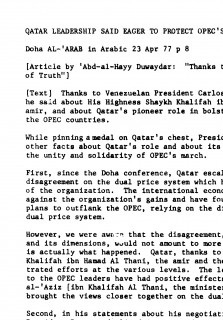 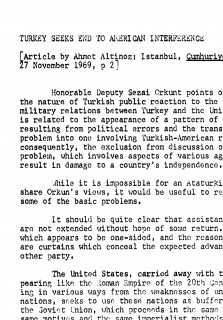 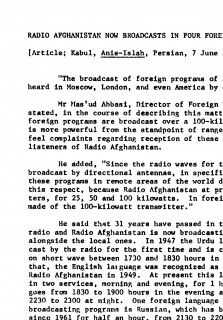 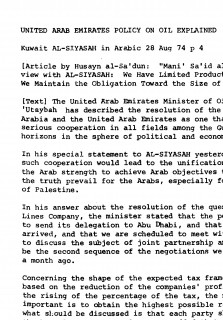 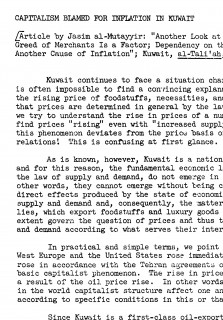 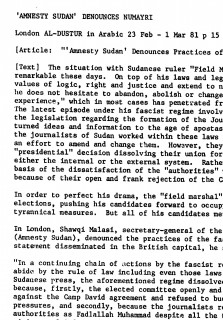 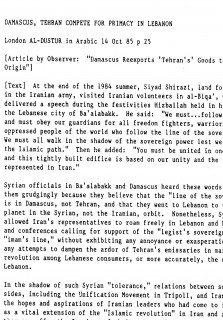 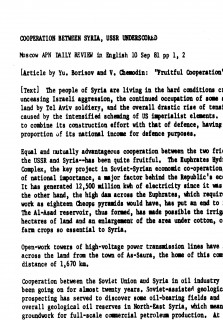 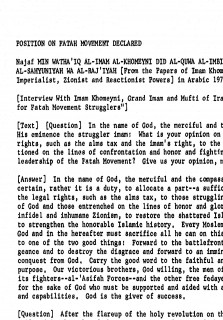 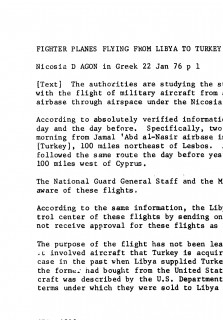 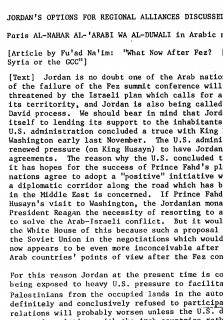 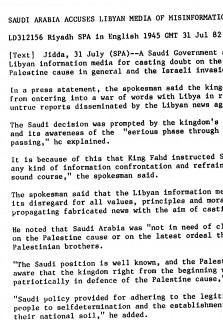 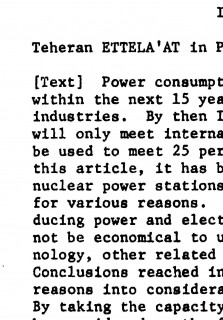 Tell your Library
Recommend this product to your institution
Also of Interest
Frequently acquired with Middle East and North Africa: Global Perspectives, 1958-1994
The Cold War, 1945-1991 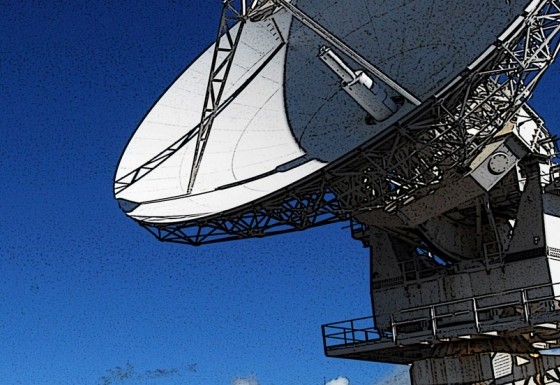 “…two new products from Readex, via the meticulous translation work of the Joint Publications Research Service and the Foreign Broadcast Information Service, open our eyes to how Middle Eastern editors, journalists, and broadcasters viewed the events around them during the second half of the 20th century….

“Students of Middle East and North Africa history, politics, economics, and culture get an unfiltered view of the events of this intensely active region during the second half of the 20th century thanks to Middle East and North Africa: Global Perspectives, 1958–1994, and the companion product Part 1: Middle East, Africa, Near East and South Asia—one of eight distinct area subsets of the complete collection of Foreign Broadcast Information Service (FBIS) Daily Reports, 1974–1996….JPRS and FBIS translations are regarded as accurate and scrupulously unbiased.

“….both products stand apart from similar offerings, approaching unique and fascinating content on issues and events in the Middle East with perspectives that are not represented in other databases.”
— Gail Golderman and Bruce Connolly, “Reference eReviews,” Library Journal (July 2017)