Coverage of the people, issues and events that shaped the Indian Subcontinent
Summary
Learn what makes this product unique
Download the flyer

This one-of-a-kind collection provides online access to a select group of South Asian newspapers from the 19th and early 20th centuries. Featuring English-, Gujarati- and Bengali-language papers published in India, in the regions of the Subcontinent that now comprise Pakistan, and in Ceylon (now Sri Lanka), South Asian Newspapers offers extensive coverage of the people, issues and events that shaped the Indian Subcontinent between 1864 and 1922.

Views of South Asian history, politics, culture and daily life
South Asian Newspapers, 1864-1922, covers the aftermath of the Indian Rebellion; construction of railroads; effects of British Colonial rule; Hindu-Muslim conflicts; life on coffee, tea and rubber plantations; Morely-Minto Reforms; formation of the Indian National Congress; start of Mahatma Gandhi’s independence movement; economics, politics, the arts; and much more. Offering a variety of perspectives, the important newspapers in this collection are ideal for comparing and contrasting views on both local and global issues.

An integral part of the World Newspaper Archive
The Center for Research Libraries (CRL), one of the largest and most important newspaper repositories in the world, is committed along with its partners to providing sustainable access to a rich and diverse set of international scholarly resources.  The World Newspaper Archive presents opportunities for fresh insight across a wide range of academic disciplines while offering unprecedented coverage of events that have shaped international history, politics, cultures and daily life during the 19th and early 20th centuries. This unique resource includes historical newspapers published in Africa, Latin America, and South Asia and is an ideal research tool for students, teachers and scholars around the globe. For more comprehensive searches, the World Newspaper Archivecan be cross-searched with America’s Historical Newspapers. 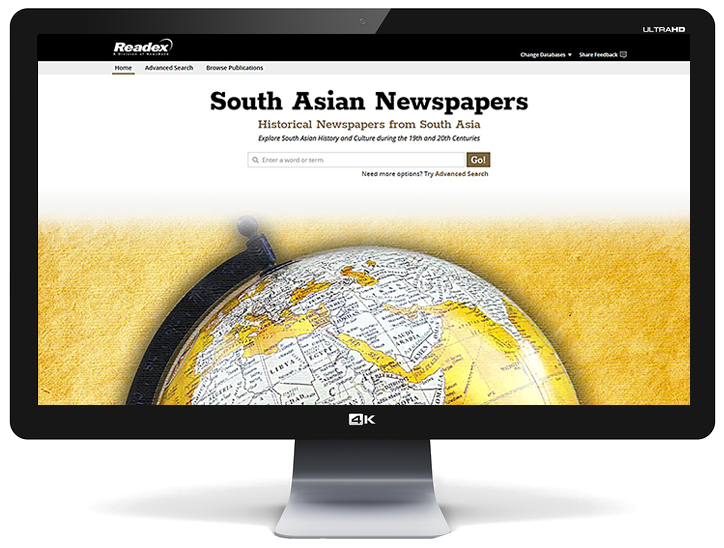 Unmatched coverage of the people, issues and events that shaped the continent 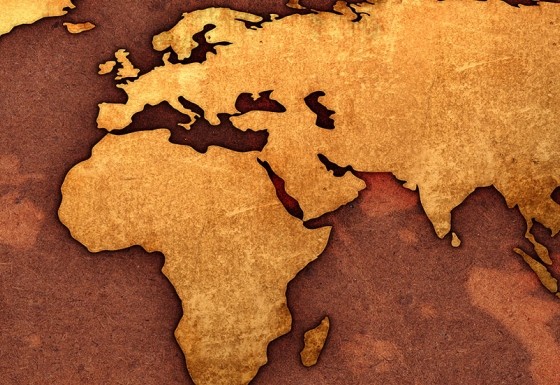 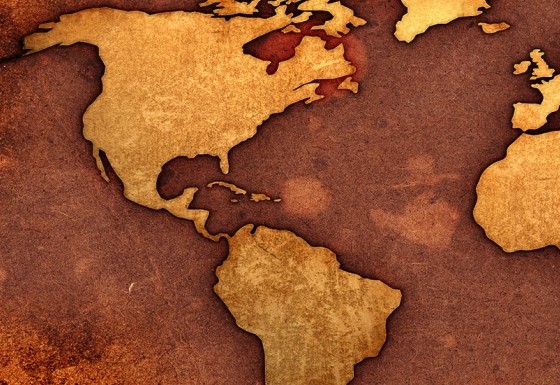 Created in partnership between Readex, a division of NewsBank, and the Center for Research Libraries—one of the world’s largest and most important newspaper repositories—South Asian Newspapers provides searchable newspapers published during the 19th and 20th centuries. With titles from India, Pakistan and Sri Lanka, this revealing collection covers the people, issues and events that shaped South Asia between 1864 and 1922.

Amrita Bazar Patrika (Calcutta, India) 1905-1922
Amrita Bazar Patrika began publishing in Calcutta in 1868 as a Bengali/English weekly. To evade the censure of the controversial Vernacular Press Act, it became an English-only paper in 1878 (and a daily in 1891). Amrita Bazar Patrika presented a strong nationalist viewpoint, and is noted for its role in promoting India’s freedom movement. The paper enjoyed the highest circulation of any paper in Calcutta and was the first Indian-owned paper to acquire national status.

Bankura Darpana (Bankura, India) 1892-1918
Bankura Darpana began as a weekly newspaper in 1892 and was published entirely in Bengali. The primary emphasis of coverage is local and regional interests. It is an excellent example of early journalism efforts in Bengal.

Kayasare Hinda[Kaiser-I-Hind] (Bombay, India) 1882-1922
This newspaper, founded in 1881 in Bombay, was published in Gujarati and English. It was one of a few independent papers expressing Indian opinion, particularly for the Parsi community, and became a platform for the Indian National Congress formed in 1885.

The Indian People / The Leader (Allahbad, India) 1909-1922
Started in Allahabad by Nagendra Nath Gupta and Sachidananda Sinha in 1903, the independent Indian People lasted for six years before incorporation into the Leader in 1909 (started by Madan Mohan Malaviya). As an English-language organ for the Liberal party, the Leader was a key platform for opinion on such issues as the Minto-Morley Reforms, the non-cooperation movement and the partition of Bengal.

Madras Mail (Madras, India) 1868-1889
Founded in 1868 by the former editors of the Madras Times, this evening newspaper was one of the highest circulating English titles in South India. As a British-owned paper, it tended to espouse pro-government views and editorials (in contrast to its primary competitor, the Hindu). It also provided extensive coverage of local events and balanced perspectives provincial affairs.

The Tribune (Lahore, Pakistan) 1881-1922
This long-running English-language newspaper was founded in Lahore (in what is now Pakistan), and is considered to be one of the more prominent Indian publications. The first issue was published in 1881 by founder Sardar Dayal Singh Majithia, and the title was later run by renowned Indian journalist Kalinath Ray, whose strict nationalist point of view led to his imprisonment in 1919. The Tribune rapidly became an organ of public opinion, and wielded great influence in the North West Frontier Province.

Ceylon Observer (Colombo, Sri Lanka) 1864-1922
Established in 1834 by British merchants G. Ackland and E.J.Darley (and originally published as the Colombo Observer until 1867), this daily independent claimed to be the oldest English-language Sri Lankan newspaper. The title featured news from Europe as well as topics of local interest and agricultural and commercial information.