In his second autobiography, My Bondage and My Freedom, Frederick Douglass asserted that throughout his life his religious views “pass[ed] over the whole scale and circle of belief and unbelief, from faith in the overruling Providence of God, to the blackest atheism.”[1] The point at which he was most skeptical and irreligious was during slavery but Douglass remained a non-traditional religious figure until his death in 1895. After the Civil War, for example, Douglass attributed the freedom of slaves to the work of men and women rather than the will of God and opposed the efforts of black ministers to use the Bible in public schools. He also embraced white freethinkers such as Robert Ingersoll and participated to a small extent in the late-nineteenth century freethought movement. 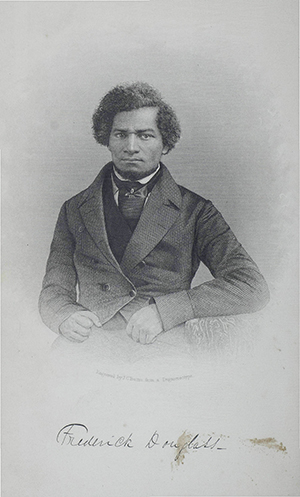 Douglass was one of many African Americans during his time who rejected belief in God and African American Christianity. This trend accelerated during the twentieth century and was present among some of the most well-known black leaders and institutions, including W.E.B. Du Bois and the Black Panther Party. While historians have all but ignored the influence of atheism and agnosticism on black cultural and intellectual life, it was nevertheless a central intellectual strand that informed black writing and activism for over one hundred years. This essay draws from the rich collection of resources in Readex’s Black Authors and African American Periodicals to demonstrate the presence and importance of this vibrant tradition in African American life. 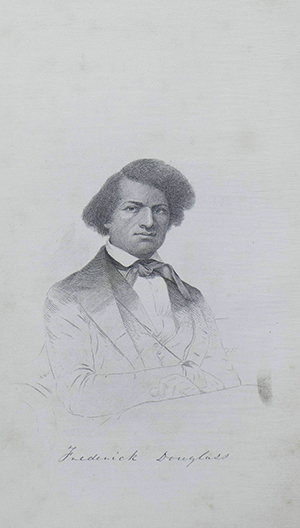 In his Narrative of the Life of Frederick Douglass, An American Slave: Written by Himself, published in 1845, Frederick Douglass makes his opposition to American Christianity patently clear. The text is filled with not-so-subtle references to the hypocrisy of Christianity, including his assertion that “it is almost an unpardonable offence to teach slaves to read in this Christian country.”[2] He further claims that while Christianity brands itself as a religion of love and peace, in the antebellum South both of those traits were nowhere to be seen. His master, for example, converted to the Methodist faith in 1832, and Douglass hoped he would either free his slaves or at least treat them better. Neither of these occurred and in fact, his master became even crueler in his eyes because he now had religious justification for everything he did. 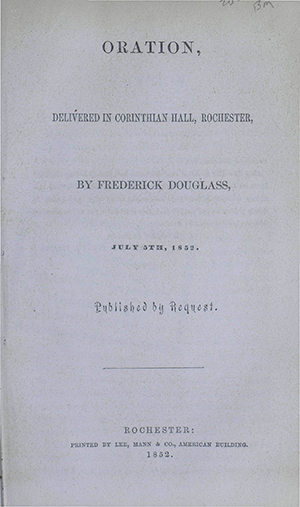 While Douglass here critiques the religion of the South, he went even further in his 1852 oration on the Fourth of July, noting that white churches in the North were also complicit in slavery because they refused to condemn it from the pulpit or expel slaveholders from their congregations. In fact, Douglass argued of most northern churches: “I would say welcome infidelity! Welcome atheism! Welcome anything! In preference to the gospel, as preached by those Divines!”[3] After the Civil War, Douglass further displayed his independence from traditional religious ideas and institutions. He noted that he liked to thank men for their efforts in freeing the slaves rather than thanking God. When black ministers released a statement saying they would not acknowledge him as a leader of the race if he couldn’t give glory to God, Douglass replied, “I bow to no priests either of faith or of unfaith. I claim as against all sorts of people, simply perfect freedom of thought.”[4] 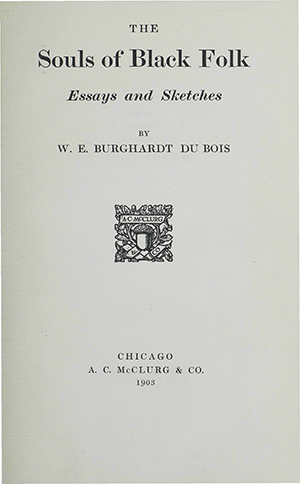 Frederick Douglass was one of many African Americans during the nineteenth century that became freethinkers, including fellow abolitionist William Wells Brown; Paschal Beverly Randolph; David Cincore; and W.E.B. Du Bois. Du Bois was raised a Congregationalist but became a freethinker while pursuing graduate studies in Germany. Some of his earliest works criticized the black church for its ineffectiveness and posited secular alternatives to advancing racial justice. In The Souls of Black Folk, for example, published in 1903, Du Bois claims that “in the Black World, the Preacher and Teacher embodied once the ideals of this people…but to-day the danger is that these ideals, with their simple beauty and weird inspiration, will suddenly sink to a question of cash and a lust for gold.”[5] Du Bois followed this up with multiple articles in The Crisis, the organ of the NAACP, during the 1910s that heavily critiqued black ministers’ lack of training and inspiration. In his view, African American religion was too concerned with beliefs over action and was not an effective method by which to secure racial and economic justice. Instead, late in life, Du Bois turned to Communism as a potential answer to both the problems of race and class in the United States. And it was likely the case that his already well-developed agnosticism played a role in the decision to embrace an ideology based on a philosophy of historical materialism.

Activists of the Civil Rights and Black Power movements during the 1960s and 1970s similarly rejected the tenets of Christianity and the authority of ministers in developing their political agendas. This was especially true of participants in the Black Panther Party for Self-Defense, created by Huey Newton and Bobby Seale in Oakland in 1966. Newton was an atheist and, like Du Bois, a Marxist. Other leaders of the Black Panthers, including Eldridge Cleaver and David Hilliard, were likewise religious skeptics. Newton envisioned the Party’s goals in humanistic terms. Members rejected the philosophy of non-violence popularized during this era by Martin Luther King, Jr. and developed their central slogan, “All Power to the People,” as a rejection of the perceived otherworldliness of black Christianity. In Newton’s view, there was no need to wait for salvation in heaven. Human beings could claim salvation in this world through political struggle. The Party’s newspaper, The Black Panther, served at times as an outlet for these criticisms of Christianity and helped advance the Party’s humanistic message. In her poem “Free by Any Means Necessary,” for example, Sarah Webster Fabio asserted “the black panthers are the holy men of our time; they are the last practitioners of the judeo-christian ethic—all others have turned their priesthoods into a mafia protecting, not man but status quo.” [6] In other words, the secular political activists of the Black Panther Party had effectively replaced the clergy as the leaders of the black community. 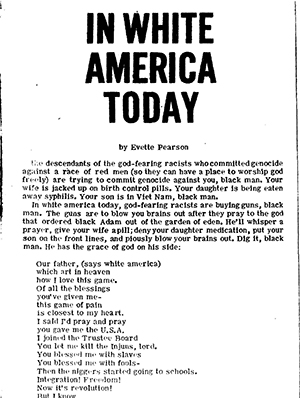 In another piece for The Black Panther, Evette Pearson staunchly denounced the ties between religion and white supremacy in the nation. “In white America today,” she wrote, “god-fearing racists are buying guns, black man. The guns are to blow your brains out after they pray to the god that ordered black Adam out of the garden of eden. He’ll whisper a prayer, give your wife a pill; deny your daughter medication, put your son on the front lines, and piously blow your brains out.”[7] From its inception into the 1970s, then, the Black Panther Party was a secular organization that not only helped advance the fight against white supremacy but also strengthened the burgeoning black freethought movement. This movement would continue to grow in the decades following the dissolution of the Party and become institutionalized during the 1990s and early 2000s with the creation of organizations such as African Americans for Humanism and Black Atheists of America.

Christopher Cameron is an Associate Professor of History at the University of North Carolina at Charlotte. He is also the founder and president of the African American Intellectual History Society. He received his M.A. and Ph.D. in American History from the University of North Carolina at Chapel Hill. His research and teaching interests include early American history, the history of slavery and abolition, and American religious and intellectual history. Cameron’s first book, entitled To Plead Our Own Cause: African Americans in Massachusetts and the Making of the Antislavery Movement, was published by Kent State University Press in 2014, and he is currently working on a history of African American freethinkers from the nineteenth century to the civil rights era.