In December 2009 and at the end of a thirteen-year journey through three administrations and an array of proceedings against four Secretaries of the Interior, a Class Action Settlement Agreement was reached in Cobell v. Salazar before the United States District Court for the District of Columbia. This accord recommends a two-part resolution to claims of alleged federal mismanagement of American Indian tribal funds and other assets, resulting from the government’s failure to meet its fiduciary responsibilities as specified by the General Allotment Act of 1887. These paths consist of a payment to individual tribe members to address monetary claims, and of a land program to consolidate more than 140,000 individual Indian allotments and over four million fractionated interests derived from the land distribution process of the Act and subsequent legislation. The Department of the Interior’s summary of this decision included a pertinent 40-acre allotment example. This example was originally described in Hodel v. Irving (481 U.S. 704, 713 [1987]) as “one of the most fractionated parcels of land in the world,” a parcel that produced roughly $1,100 of annual income for its 439 unequal owners. 1 Such fragmentation is systemic and has been censured in studies such as the 1928 Meriam Report. 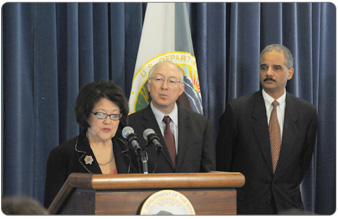 However, the issue of federal trust mismanagement of individual Indian money (IIM) accounts was the central focus of the initial 1996 Cobell v. Babbitt action, since “a majority of the funds are derived from income earned off of individual land allotments” (30 F. Supp. 2d 24, 28 [1998]).2 One effective way to obtain “a thorough understanding of the entire IIM trust account system,” as the opinion proposed, is to examine the Congressional debate and remarks found in the Congressional Record. Another important resource is the Readex digital edition of the U.S. Congressional Serial Set, which offers access to important distillations that pivot on the General Allotment Act and later legislation, and that describe the development of IIMs.

Alternatively, a direct investigation of “individual Indian money” is fruitful. Here, almost 200 Congressional documents are assembled for the years between 1904 and 1978, including several Annual Reports of the Department of the Interior that contain tables of financial data. Employing the handy “Limit to: Tables” search option thins the overall item count to 93; the reduced subset includes revenue stream data for specific tribes, and discussions of appropriations. An even more focused search for “individual Indian money accounts” unveils 55 results among the years 1919 to 1972; the “Limit to: Tables” option culls these to 29.

These Congressional records are virtually unavailable elsewhere, and one specific returned item may serve as a prototypic illustration. The Annual Reports of the Department of the Interior for the fiscal year ended June 30, 1904 (Serial Set 4799, House Document 5, pt. 2.2, p. 255 [1904]) has a segment entitled “Receipt and Deposit of Individual Indian Moneys.” This section indentifies income amounts for that year of $5,772.19 and $25,647.49 for coal and oil royalties due the Creek and the Cherokee Nations of Indian Territory, respectively. The Indian Inspector, James McLaughlin, declared that he had been collecting royalties on coal mined in these tribal areas for several years and “had deposited the same in the Treasury for the benefit of said nations” (emphasis added).3

The policy affecting the flow of money from non-tribal lessees, through federal hands, and then on to allottees was provided by the Inspector: “any payment to be made under any lease, shall, at the times and in the amounts specified in such instrument, be deposited with the United States Indian agent, Union Agency, Ind. T., to be turned over to the lessor.” For the reported year, the Inspector had requested funds for distribution to the tribal owners and the Department of the Interior had forwarded $7,174.74. In combination with the stated royalty flows, this brought the local amount to $38,594.42, of which the Inspector “paid out… to individuals entitled thereto $5,820.35, leaving a balance on hand of $32,774.07.” Indeed, on the following page of his statement, McLaughlin acknowledged that “the unexpended balances of various funds were by me returned to the Treasury” and that “[t]he total amount thus deposited during the last fiscal year was $117,624.66” (p. 256; emphasis added). It was precisely with such stingy distributions, and especially with the loss of IIM funds through rampant mishandling of mandated accounts, that the Cobell actions were concerned. The recent outcome, therefore, was one reckoning of blatant fiduciary irresponsibility by the federal government.

These Serial Set materials create a foundation for an understanding of the Cobell proceedings. Readex’s extension of the Serial Set database through the 103rd Congress will bring these effective digital search capabilities up to the very threshold of these judicial events, thereby increasing the scope of any investigation. This additional decade and a half has been especially critical to the adjudication of differences between the federal government and American Indians. Cobell was not the end of actions designed to address such federal mismanagement; it was only the beginning.

1 The balance of such accounts is now thought to exceed $1 billion, derived from over 100,000 leases covering more than 50 million acres. At the time of the initial filing in 1996, Elouise Cobell was director of the Individual Indian Moneys Correct, Recovery, and Capacity-Building Project of Blackfeet Reservation Development Fund, Inc.

2 As Indian Inspector, McLaughlin appears in other Serial Set materials as well, beyond the limits of Indian Territory. See the Agreement with Red Lake and Pembina Bands of Chippewa Indians of Minnesota (Serial Set 4405, House Report 1936 [1902]).

Charles D. Bernholz is Professor and Government Documents Librarian at the University of Nebraska-Lincoln, and the author of Kappler Revisited: An Index and Bibliographic Guide to American Indian Treaties. His research interests focus upon treaties created by the Indian Nations and the governments of North America, and upon the development of federal Indian law in the United States and in Canada.