Playing Hardball: Brushing Off the Memory of a Civil Rights Giant

Playing Hardball: Brushing Off the Memory of a Civil Rights Giant

Many scholars consider Rube Foster’s impact on the civil rights movement as important as that of Booker T. Washington, W.E.B. Du Bois, or any other early twentieth-century figure. Today, with the exception of diehard baseball fans, few people recognize his name. However, Foster earned a mild resurrection with the recent release of his portrait as part of a U.S. Postal Service set of stamps honoring early Negro Leagues players.

In 1920, World War I was drawing to a close, fueling the first indicators of a looming Great Depression. Unshaken, baseball player and entrepreneur Foster braved a forbidding business climate and launched his Negro National League in Chicago. Born in 1879 in the cotton-belt region of Texas, Foster had already learned the tough lessons of an unfavorable economy. 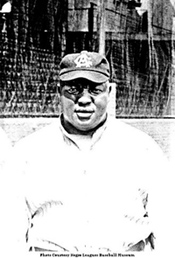 To stack his odds of success, Foster surrounded himself with African-American business leaders such as Beauregard Mosely and Leland Grant, while also collaborating with oil industry magnates and businessmen such as Chicago White Sox owner Charles Comiskey. Mindful of public perception, Foster’s Negro league team, the Chicago American Giants, was never associated with improprieties such as those linked to the Chicago White Sox of 1919 World Series infamy. Overbearing and intrusive in monitoring the social conduct of his teams and his fledging league, Foster nonetheless successfully insulated Negro players from the influence of the infamous Chicago underworld—including Al Capone and his colleague Arnold Rothstein, who is notorious for tainting Major League Baseball. 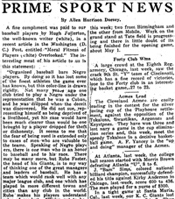 During the year of the Black Sox Scandal, sparked in part by player rebellion due to Comiskey’s exploitative treatment, Foster approached White Sox owner for use of his baseball park at a time when Negro players were barred from playing against white players. Miraculously, in period when racial tensions in Chicago were at an all-time high (the 1919 riots in Chicago were the city's most destructive) Foster's Negro baseball team shared Comiskey Park with the White Sox. 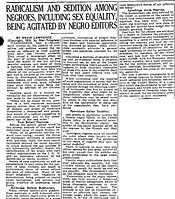 In 1920, at the height of Foster's 15-year struggle to organize the Negro League, Chicago was bustling with numerous other headline-grabbing sports events. Former world champion boxer Jack Johnson was in and out of town, and Chicago's sports fans were provided an alternative when the Bears and Cardinals formed Chicago-based professional football teams. To compound matters, Cleveland Indians' shortstop Ray Chapman was hit in the head by a pitch and died, and criminal infiltration into baseball repulsed much of the sports’ fan base. America was turning away from its national past time. Babe Ruth later helped save the game with long home runs, and the Indians rebounded from Chapman's traumatic death to capture the 1920 World Series. Along the way, Foster's league aided the sport's revitalization by filling otherwise empty stadiums with a new, exciting brand of baseball.

Foster vehemently restricted the use of alcohol by his players and enforced other rules of professional conduct. He told players that they were held to a higher standard and warned against the use of loud and profane talk. During board meetings in 1919 to discuss the formation of the new eight-team Negro Baseball League, the 18th Amendment’s prohibition of alcohol was taking full effect in Chicago, the hotbed of the underground bootleg industry. Rum runners could make in a day what Negro League players earned in a month.

Famed Washington sportswriter Hugh Fullerton called Foster an example of professionalism, noting that his leadership could serve all mankind. "Rube is doing something for his race as well as for baseball, and the conduct of his players both on and off the field is a lesson for many white teams," said Fullerton.

Foster not only kept most of the Negro League players away from the sales or consumption of alcohol, but also established programs for players to invest and save their money and encouraged them to buy homes. It was reported that Foster's early knowledge of the business world was inspired by the great Connie Mack, who had hired the 18-year-old Foster as a batting practice pitcher for his Philadelphia Athletics at a spring training facility in Hot Springs, Arkansas. A young Foster had migrated to Arkansas following the cotton harvest, having worked in the fields since his adolescence. In Arkansas, Foster worked in a restaurant during spring training. Recognizing Foster's work ethic and ability, Mack arranged for Foster’s first professional baseball job, sending him to the Philadelphia Royal Giants around the turn of the century.

Some newspapers called Foster much more than a trailblazer for African-American athletes, recognizing his contributions to society as a whole. After he pitched his Royal Giants to a shocking 3-2 win over a white team of professional all-stars in 1907, Frederick North Shorey of the respected Freeman said, "In Chicago, Booker T. Washington would have to take second place to Rube Foster." 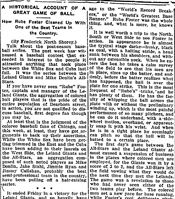 As the success of the Negro Baseball League grew, so did the organizational infighting. The Cleveland Gazette reported that by 1921 the players were earning an average of $250 per month, respectable for the day. For the first time Negro players were signed to guaranteed contracts. A number of those not signed to guaranteed terms called Foster a cheat, and news reports included a 1921 incident in Atlanta in which Foster was pulled out of his car and roughed up by former players.

An April 9, 1921, Cleveland Gazette editorial written by Allen Harrison Dorsey, who was often a critic of Foster, stated that Foster was able to assemble financing and organization for his "colored" baseball enterprises by securing strong bank loans, enticing stockholders, and eventually gaining an Illinois state charter. Dorsey commended Foster's ability to take Negro teams into the South and win the respect of white crowds without any trouble, noting that Foster held his team to a higher standard of conduct.

Foster held the challenging job of National Negro League president for six years. In 1926, he suffered a nervous breakdown and never regained a full mental recovery. He remained hospitalized until his death in 1930 at age 51.

No member of the Baseball Hall of Fame in Cooperstown can boast as many accomplishments both on and off the field. Foster was a dominant pitcher for 20 years, an accomplished manager for 15 years, a team owner and the Negro Baseball League founder and president. Foster's fight for the rights of Negro baseball player laid the groundwork for Jackie Robinson, Willie Mays and Hank Aaron. Despite his multiple contributions, Foster was not elected to the Hall by the traditional method of votes by sports writers; instead, in his twelfth attempt in 1981 he was finally inducted by the Veteran's Committee.

Harvey M. Kahn has reported on government affairs, pop music, and sports in Southern California and East Texas. Kahn served as assistant editor on four publications and has worked in numerous capacities in the motion picture industry. He was part of investigative news team on the Karen Silkwood case in Nederland, Texas.