World-famous for her debut novel—and until last year her only novel—Harper Lee took America by storm in 1960 when To Kill a Mockingbird was published.

Unlike now classic works that were published to lackluster reviews, including F. Scott Fitzgerald’s The Great Gatsby, Lee’s enduring story of racial injustice in a small Southern town received immediate praise in newspapers across the United States.

This is a book which the reader will thoroughly enjoy, a book overflowing with life, and warm laughter; one that holds understanding in its heart and passes it on to the absorbed reader.

It is comparatively easy to show one person reaching for love and finding its fulfilment only in imagination. But to show more than one person loving and responding to the love of the people around them is a complex and challenging job. This is what Harper Lee has accomplished in “To Kill a Mockingbird.” 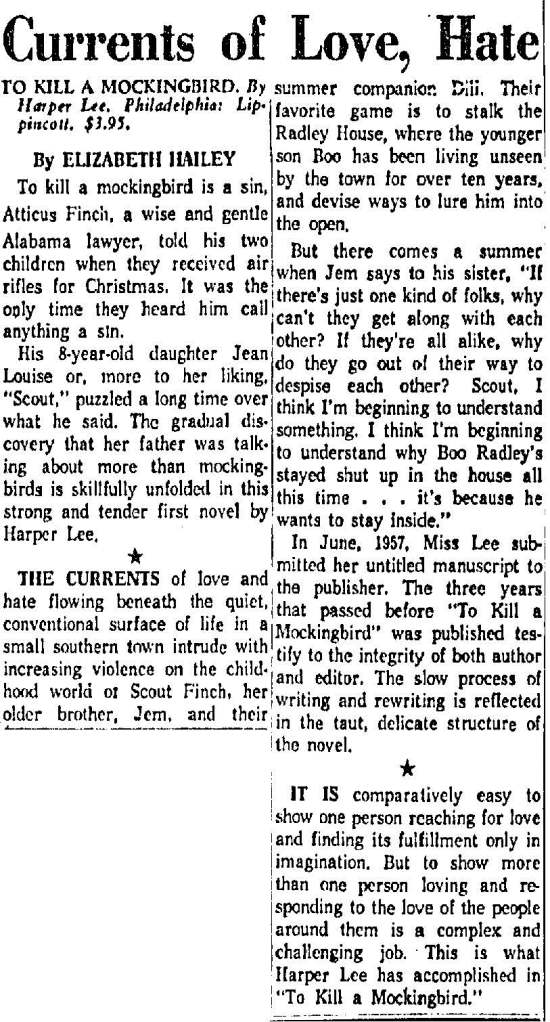 And, months before its July publication, Greensboro Daily News proclaimed To Kill a Mockingbird was “destined for success.”

Lee’s novel quickly reached the top of the bestseller lists, replacing Allen Drury’s Advise and Consent in Washington, D.C. as the number one fiction title in January 1961. 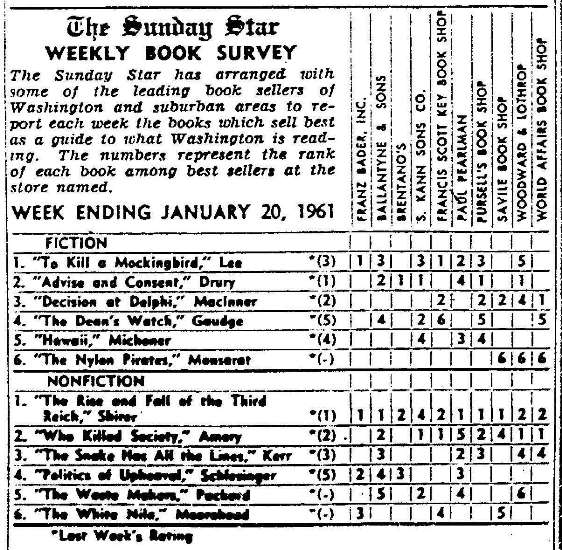 Less than a year after its publication, To Kill a Mockingbird won the 1961 Pulitzer Prize for fiction.

For five decades, Harper Lee would not publish another novel; however in 2015 an early manuscript of To Kill a Mockingbird was published under the title Go Set a Watchman. Like Lee’s first novel, Go Set a Watchman jumped to the top of the bestseller lists, though it was criticized for a decidedly different portrayal of Atticus than that presented in Mockingbird. Questions were also raised as to whether Lee actually wanted the previously undisclosed manuscript released, and—considering her health and advanced age—whether Lee, who died last week at the age of 89, was well enough to approve its publication. Contemporary news coverage in Access World News: Research Collection provides wide-ranging perspectives from across the country and around the world on this and other literary issues.

For more information about American Newspaper Archives, including the Dallas Morning News, Washington Evening Star and Cleveland Plain Dealer, or to request a trial for your institution, please contact readexmarketing@readex.com.