Created in partnership with the American Antiquarian Society and Library Company of Philadelphia, and derived from the Readex Early American Imprints archive, these primary source collections are designed to meet wide-ranging teaching and research needs in the areas of U.S. Government, Politics, Law, American Studies, and more.

The Shaping of America: Foundations of American Government 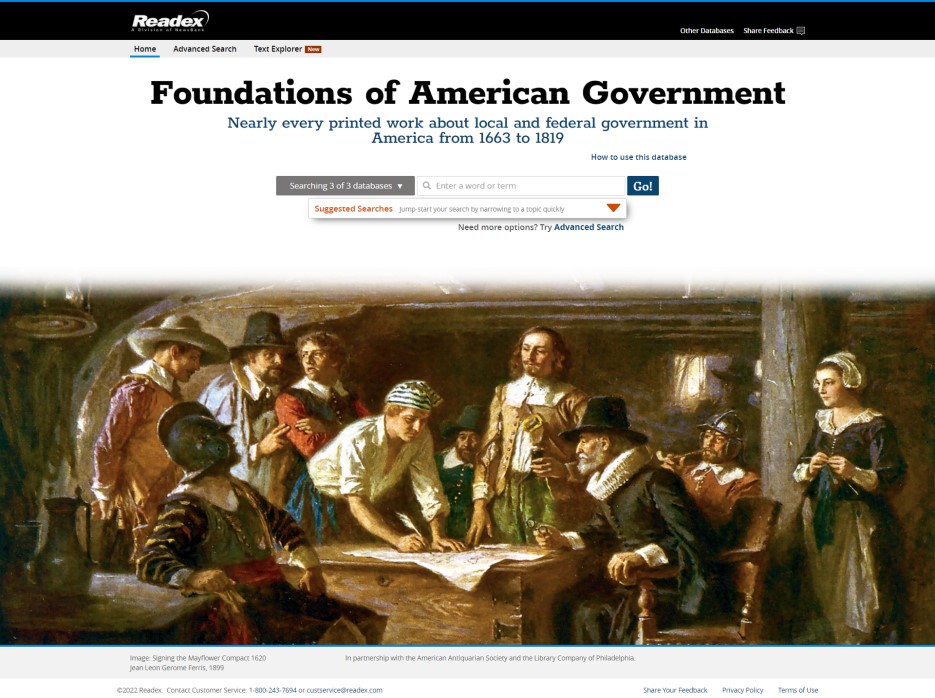 Every component of American government today has its roots in the primary sources found in The Shaping of America: Foundations of American Government. The collection is a must-have resource for any institution that supports debate about the American experience and why it matters: Who Americans are, what they believe, how they govern themselves, and how they continue to extend the deep-rooted “experiment” in American democracy.

The Shaping of America: The Rise of American Politics 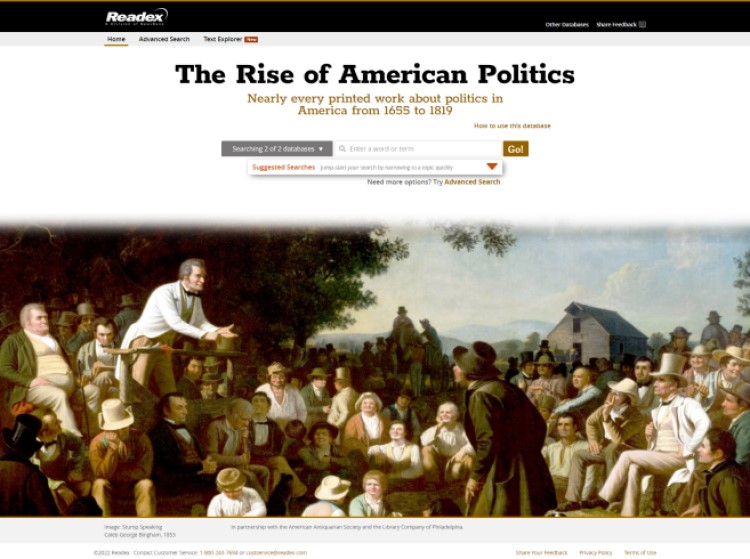 Much like present-day politicians who emerge on the stages of convention halls and arenas amid sophisticated theatrics, America’s early politicians sought attention and audiences at local meeting houses, market squares, and taverns. These political methods and practices permeated every aspect of American life while setting the stage for the development of the modern American political system.

Get insight into the political stage in early America with The Shaping of America: The Rise of American Politics—an essential collection of over 7,000 primary source documents covering American politics from 1655 to 1819. 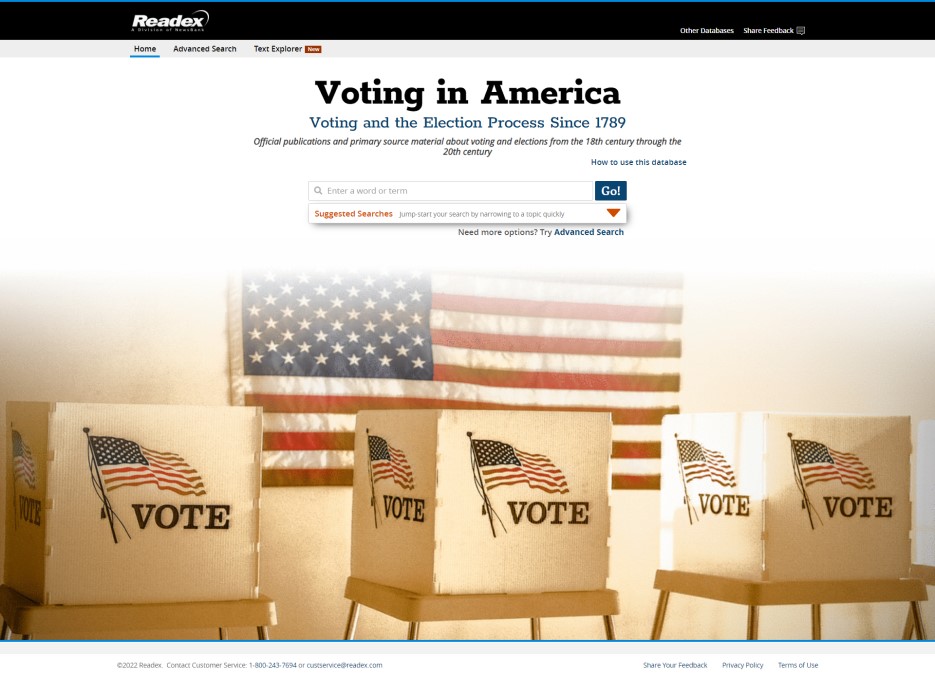 Complementing these two new digital collections, Voting in America offers an unmatched view into the democratic system of voting in America through more than two centuries.