Did Abolitionists Cause the Civil War? A Readex-sponsored American Library Association Breakfast Event

During the American Library Association midwinter meeting in January 2016, Readex will sponsor a special Sunday breakfast presentation entitled "Did Abolitionists Cause the Civil War?: New Directions in the History of Abolition." An open discussion will follow the talk by Manisha Sinha, acclaimed author of The Slave's Cause: A History of Abolition, an ambitious new interracial history of abolition from the American Revolution to the Civil War. 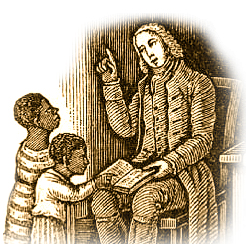 In this thought-provoking talk, Professor Manisha Sinha challenges the long-standing notion that abolitionists were irresponsible extremists who helped cause the Civil War. She also questions recent historical wisdom that casts abolitionists as bourgeois reformers burdened by racial paternalism and economic conservatism. Starting with early black activism and the Quaker-dominated abolition societies, Sinha recovers the largely forgotten impact of free and enslaved African Americans who shaped the abolition movement's ideology, rhetoric, and tactics. She explores the connections between abolition and other radical movements such as utopian socialism and early feminism. In challenging an entrenched system of labor and racial exploitation, Sinha shows that the abolitionist vision linked the slave's cause to redefining American democracy and the ongoing global struggle for human rights. 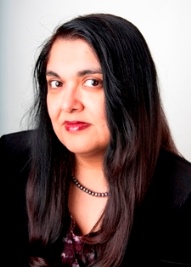 Manisha Sinha is Professor of Afro-American Studies and History at the University of Massachusetts, Amherst. In addition to The Slave's Cause (Yale University Press, 2016), she is author of The Counterrevolution of Slavery: Politics and Ideology in Antebellum South Carolina, which was named one of ten must-read books on slavery, and many other acclaimed works. Sinha is the recipient of numerous fellowships, including grants from the National Endowment for the Humanities, the American Philosophical Society, and the Charles Warren Center for Studies in American History at Harvard University. She has written for, and been interviewed by, many leading news outlets, and appeared on Jon Stewart's The Daily Show in 2014.

If you will be attending the American Library Association Midwinter Meeting in Boston, and would like to request an invitation to this event on Sunday morning, January 10, 2016, please email Erin Luckett before Monday, December 14, 2015. If you are not able to attend, we hope you will visit Readex during ALA Midwinter in NewsBank booth 1417. To arrange a collection demonstration while in Boston, please contact our sales team now.