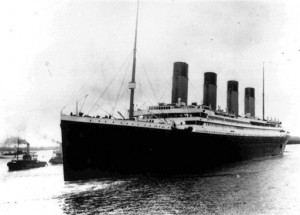 Nearly a century after the Titanic struck an iceberg and sank, scientists are planning to revisit the site of the wreckage in mid-August with today’s most powerful imaging technology. Expedition leaders hope to create a three-dimensional map of the Titanic remains and surrounding area. From a forensic perspective, this upcoming expedition will focus on the decay of the ship’s structure caused by deep ocean currents, salt water and the intense pressure. According to David Gallo, an expedition leader and Woods Hole scientist, the team is “actually treating it like a crime scene." In a 1912 speech before the Senate Committee on Commerce, Senator Isidor Rayner could not have agreed more with Gallo’s approach. The Committee on Commerce had been directed by (62) S.Res. 283 to investigate the causes of the disaster in its immediate aftermath. The U.S. Congressional Serial Set contains over 1,100 pages of testimony taken during the investigation by survivors of and eyewitnesses to the Titanic disaster. From their testimony we discover numerous incidents of potential negligence and overconfidence by Titanic officers and crew that may have contributed to its sinking and the subsequent loss of life. However, it was the lack of recourse for survivors and the families of those who perished that seemed to most anger Rayner. Speaking to the committee, the senator framed the discussion in terms of what has been a perennial issue in American politics, the relationship between powerful corporations, in this case shipping lines, and individuals. In terms of the limited liability of shipping lines he said, 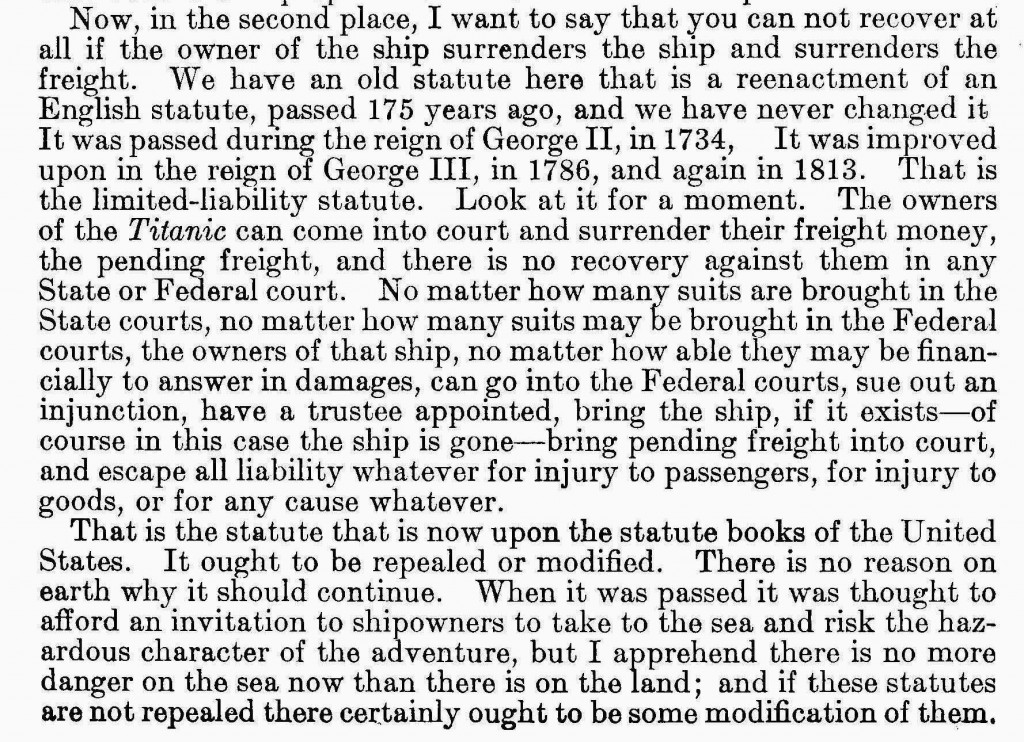 Rayner not only argued that the potential benefits of granting economic incentives such as limited liability to industry are outweighed by the potential cost to the public at large but went on to say,

Nearly 100 years after the sinking of the Titanic—billed as the most technologically advanced ship of her time—the notion of limited liability for certain industries and corporate responsibility has resurfaced. Mere months after the sinking of the Deepwater Horizon and subsequent oil spill in the Gulf of Mexico, we are left to wonder if the lessons referred to by Senator Rayner have been lost to history.