What do the hydrodynamics of dolphins[1], the philosophical quandary of extra-terrestrial life[2], and Soviet experiments to detect emotions[3] have in common? Need a hint? It’s the same thing that biographies of Anwar Sadat[4] and Zhu Rongji[5], who became the fifth Premier of the People’s Republic of China, and an article by Chairman Mao’s cook[6], have in common. They are all found in the Readex digital edition of Joint Publications Research Service Reports (JPRS)—an English-language archive of translations of foreign scientific, technical, and social science materials.

Articles about dolphins may initially appear rather whimsical. But knowing this one was published during the Cold War, it is easy to understand the interest of the United States government in Soviet research on the Physiology of the Sonar System in Black Sea Dolphins[7]. In fact, the JRPS collection includes many articles about research in echolocation, the morphology and physiology of dolphins, and their ability to seemingly turn the science of hydrodynamics on its head. Researchers will also quickly discover that search results on nearly any subject will yield at least one related article title sure to distract even the most diligent. A search on the term “Dolphins” does not disappoint, yielding an article titled Qualitative Characteristics of the Vestibular Nuclei of the Brain of Dolphins and Man[8]. 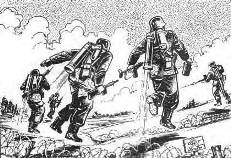 Another focus of the Cold War was space flight. JPRS articles cover nearly every aspect of space travel from abstract philosophizing about life on other planets to scientific articles that range from, for example, the Concise Handbook on Space Biology and Medicine[9] to highly advanced propulsion systems such as the Development of a Stationary Plasma Engine and Its Testing Aboard the 'Meteor' Artificial Earth Satellite[10]. If you grew up wondering where those long-predicted jetpacks and hover-cars are, a perusal of JPRS may be just what you’ve been waiting for.

Researchers whose interests lean more toward social, cultural, political, and military affairs will also find an abundance of primary source documents in the JPRS collection. For example, articles from North Vietnamese sources during the war with the U.S. offer a unique perspective on topics ranging from the civilian casualties of bombing operations[11] to the capture of downed American airmen[12] [13]. The breadth and width of the scope of information in this collection is astounding. There are thousands of articles about the development of the Soviet Union’s and China’s economic, industrial, and agricultural policies and practices alone. Although largely focused on Communist countries, the collection covers nearly every region of the world and approaches subjects such as the environment, epidemiology, and narcotics trafficking.

Regardless of their specific interests, researchers spending some time in the JPRS collection are sure to find an article they are not quickly able to shake from their thoughts. The most recent to which my mind returns is the previously mentioned article from the Soviet journal, Znaniye Sila, about emotion detection. It is perhaps best described as an example of science-fiction noir. This is how it begins.

The first thing I did was to unscrew the electric fuses in the apartment. The lights went out. Not quite, as the faint glimmer of the street lights penetrated into the room. The room would not do for the experiment. The bathroom, on the other hand, was in total darkness. With its door shut, I could even load my camera during the day. But this time, as extra insurance, I hung a blanket over the door. In the pitch-black darkness, I unpacked a fresh film, measured off 30 centimeters by feel, and cut off the end. Then I draped it securely on my head. The ends reached my temples, the middle was on the back of my head.

Next I sat on the edge of the bathtub and tried painstakingly to recollect my feelings just before my first parachute jump...

For more information about Joint Publications Research Service (JPRS) Reports, 1957-1995, or to arrange a trial for your institution, please contact readexmarketing@readex.com.

[8] V.P. Avorykin, “Qualitative Characteristics of the Vestibular Nuclei of the Brain of Dolphins and Man,” Arkhiv Anatomii, Gistologii i Embriologii (June 1975): 77-80.