The Letter from Birmingham Jail: Martin Luther King, Jr. and the Tradition of Nonviolence 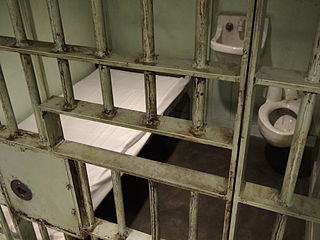 In April of 1963, Martin Luther King, Jr. was arrested for participating in a series of demonstrations against racism and segregation in Birmingham, Alabama. At the time of his arrest, King had come under criticism for focusing his efforts on fighting racial inequality in the streets rather than in the courts. During this time, King wrote a letter defending the marches and sit-ins as a means to fight racism and injustice.

In his “Letter from Birmingham Jail,” King argued that not only was civil disobedience justified in challenging unjust laws, but that resistance to injustice was a moral obligation deeply rooted in Western traditions. Considered one of the most important documents in American history, the “Letter from Birmingham Jail” not only expresses King’s personal articulation of non-violence as a means to resist unjust laws, but also the spirit of opposition to injustice that is part of the American progressive tradition.

As the anniversary of King’s assassination approaches, take time to read about the “Letter from Birmingham Jail” in African American Newspapers and African American Periodicals. On January 25, 1964, the Mississippi Free Press published this excerpt of the letter in an article announcing King’s selection by Time Magazine as its 1963 Man of the Year:

Before the Pilgrims landed at Plymouth, we were here. Before the pen of Jefferson etched across the pages of history the majestic words of the Declaration of Independence, we were here….We will win our freedom because the sacred heritage of our nation and the eternal will of God are embodied in our echoing demands. 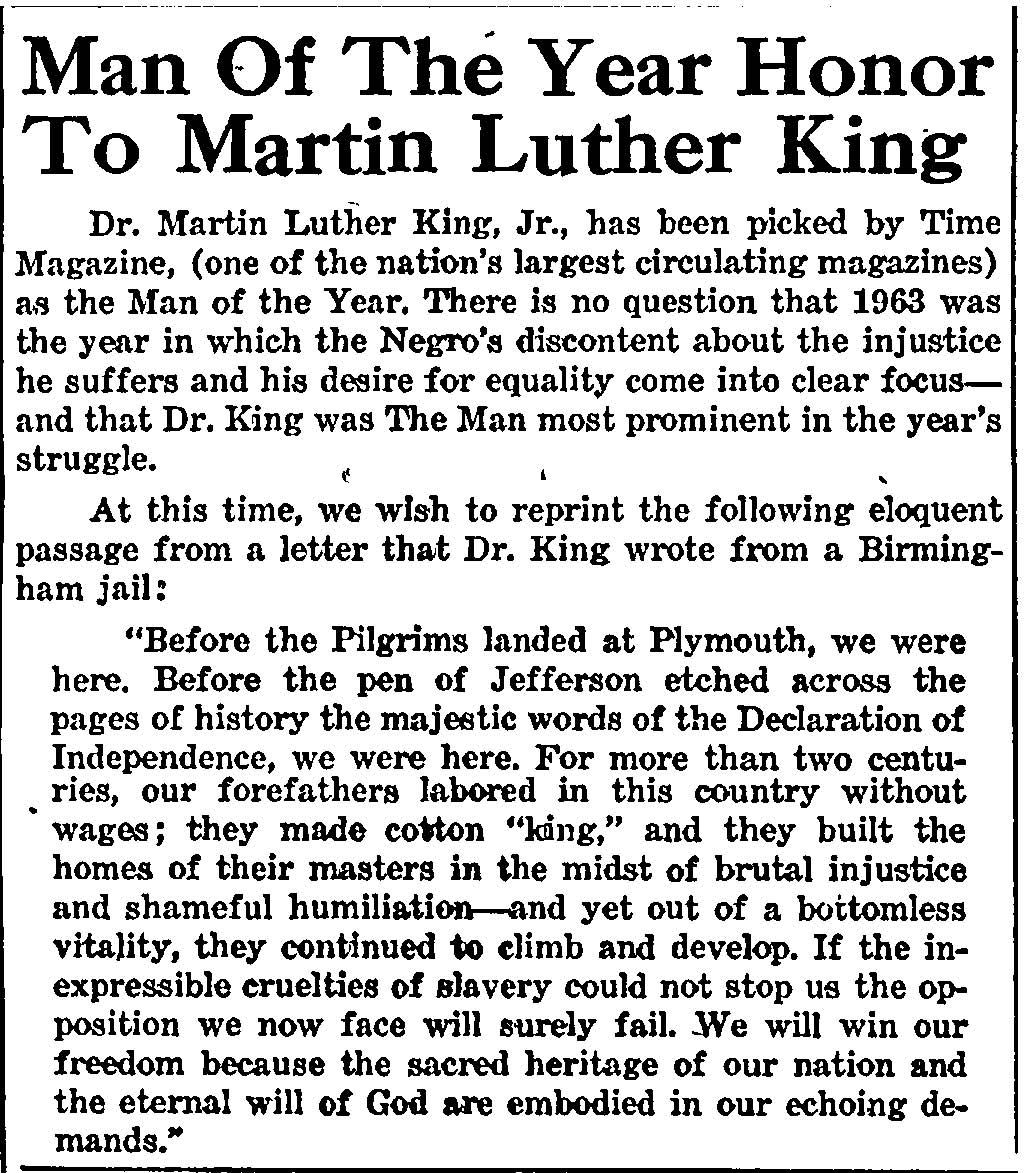 On April 13, 1968, the week following King’s assassination, the Milwaukee Star reprinted the “Letter from Birmingham Jail” in full on its editorial page, along with its own commentary, including this criticism of those committing further violence in King’s name:

A man from the past once said that he was for America, right or wrong though it may be. America isn’t the worst place in the world—it is the home of the orphaned Afro-American. Would you destroy your home to prove to someone else that it could stand improvements? 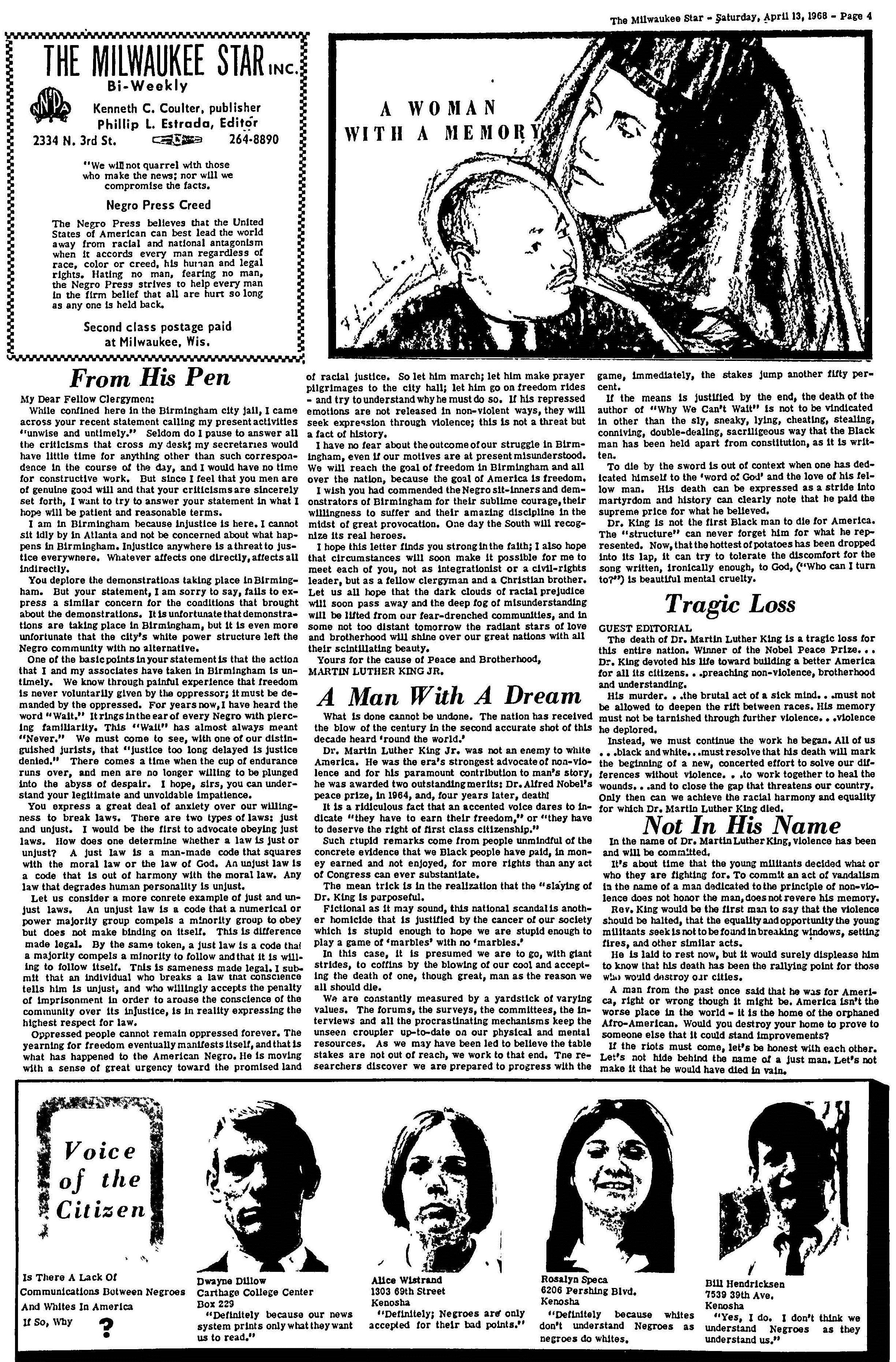 Fifteen years later, on April 28, 1983, the National Leader published this article, which analyzed the impact of the “Letter from Birmingham Jail” on the African-American Civil Rights Movement:

According to King, the Southern Christian Leadership Conference had come to Birmingham to fight injustice. He countered the ideas of regionalism which had existed, expressed by the clergy who viewed local problems as matters of local politics. King made it clear, “Injustice anywhere is a threat to Justice everywhere.”

….As his letter was read throughout the country, ministers of all denominations joined the struggle for civil rights. People began to work for change in their own cities.