Marxism ex Machina: Pulling Back the Curtain on Soviet Economics 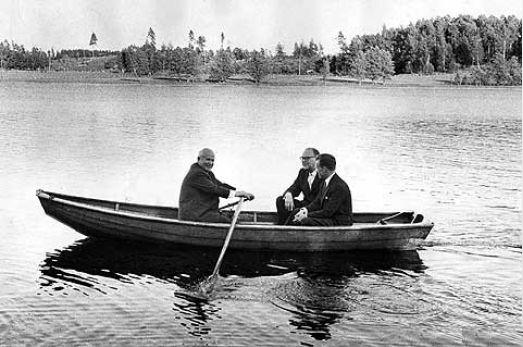 It’s notable during the run-up to America’s presidential primaries that the candidates include uber-capitalist Donald Trump and the self-described socialist senator from Vermont, Bernie Sanders. Their competing ideologies underscore the great extent to which America’s political economy appeals both to naked self-interest and to popular concerns for social goods—but still goes by the name “capitalism.” Conversely, behind the utopian rhetoric of communism, the Soviet Union regularly appealed to the workers’ acquisitive desires. And when the Communist Party’s vaunted planning didn’t pan-out in the marketplace—out it went!

In this month's highlights from Joint Publications Research Service (JPRS) Reports, we expose some of the arcane machinery underlying the seemingly monolithic communism of the Soviet Union, beginning with the machine shop itself.

How the Bonus System is Conducted in the Machine Building Industry
Politicheskoye Samoobrazovaniye (Political Self-Education) No. 6, Moscow - 01 June 1963

We’re familiar with bonuses for hedge fund managers on Wall Street, but how about bonuses for the shop laborer on Nevsky Prospekt? In his Critique of the Gotha Program, Marx popularized the concept of “from each according to his ability, to each according to his needs.” The bonus system in the Soviet Union flipped that around in a distinctly capitalistic way: individuals and groups of workers were regularly rewarded for efficiency and innovation. With an overt appeal to the workers’ “material interest,” communism immediately becomes less communistic. Of course, such a permutation could easily be rationalized in terms of achieving a technical or economic goal. And it was.

The man who repudiated the Stalinist legacy in 1956 did not limit his realpolitik to fallen dictators. Case in point: Khrushchev’s sweeping reorganization of the entire economy and creation of “The People’s Supreme Economic Council” in 1963. This report from the German-language Die Zeit shows the Soviet economy caught between bureaucracy and anarchy in its shifting dependencies and goals. In the end, bureaucracy would win in what the perestroika of the 1980s would show to be a pyrrhic victory.

The classic economic mythology of the tech entrepreneur in America involves an iconoclast, a ready market, a garage and some maxed-out credit cards. In the Soviet Union where all enterprises were state concerns, innovation ran along much more institutionalized lines. This report outlines the three basic avenues for funding research and development: deductions from existing production; receipts from customers according to agreements; grants from the state budget. Metaphorically, a tech start-up under this scenario would better resemble a draft horse harnessed to a sizable team rather than the “unicorns” of Silicon Valley.