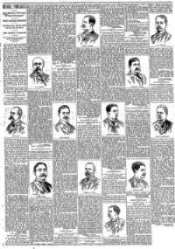 In 1895 editors at thirteen major American newspapers were asked to use their “prophetic powers” to forecast the news publishing world a century hence.

Over the previous decades, many of them had personally witnessed a host of “advancements in the art of newspaper making”: “from the Washington hand press to the perfecting press; from the stage coach to the telegraph; from paper at 10 cents to good paper at 2 cents a pound; from handset to marvelous typesetting machines…”

In this full-page article found in America’s Historical Newspapers, each of those prominent journalists “draw aside the curtain and peer into the future” to imagine the newspaper of 1995.

Here are excerpts from their predictions published nearly 120 years ago. 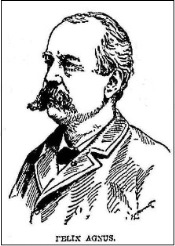 “Today I saw a new invention that distributes written messages to its customers, the matter clearly printed on convenient sheets. The inventor tells me he can afford to place these at a very moderate cost in offices or in homes. All it needs is a long roll of paper. It does the rest. Now what is to prevent the people of the next century from having their news continuously? As soon as an event occurs it is sent broadcast over the wires and is immediately printed by the automatic machine. How will a newspaper published once a day compete with a scheme such as that?” 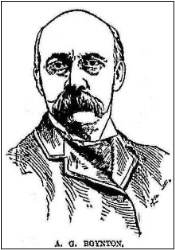 “If we were to predict as one of the coming features communication with other planets in our solar system and the publication of newspapers simultaneously in the Earth and Mars, the prediction would be regarded as pure idiocy or an exaggeration of the national tendency to brag. Yet such a consummation would be little more surprising than the changes that have been wrought by the telegraph and telephone. Keeping, however, with the limits of the possible, this much is safe to forecast….there will be great and marked progress in independence—that the newspaper of the twentieth century will not be tied, as the newspaper of the nineteenth century is far too often, to a party, a sect or a creed.” 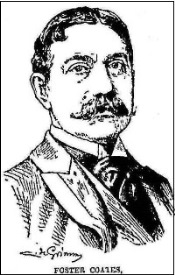 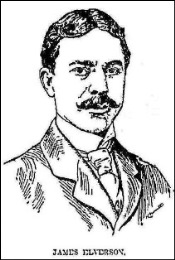 “The chief characteristic of the twentieth century newspaper must necessarily be correlated with the twentieth century scientific inventions….If the flying machine is perfected, every first class reporter will have one. If the air ship is a success, they will distribute tons of newspapers daily. If telegraphy becomes an exact science, the inmost heart of man will be revealed daily to the public. If Esoteric Buddhism gathers the world to its bosom and Mahatmas drops messages about the present, past and the future through newspaper roofs from the desert of Gobi, then every first-class newspaper will have its staff of Mahatmas to preach ethics to its readers. Pneumatic tubes may distance trains; photoscopes may reproduce pictures 10,000 miles away, and possibly the kinetoscope may be so adapted that every reader may have one in his house in which to view the scenes of which he reads in his favorite newspaper, the photographic strips therefore being issued as supplements. Possibly we shall not use type any more, but by some complex arrangement issue rolls that shall run through phonographs. Then, as the twentieth century man sits down to breakfast he can have the news read to him while he sees every event in the kinetoscope, and at the same time he can swallow his morning meal.” 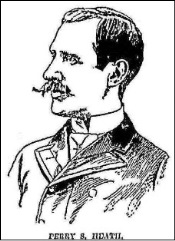 “A forum, where the people may go with ideas and grievances, and appeal to public opinion. This to my mind will be the feature and the characteristic of the future newspaper. I believe the forceful utterances of the press will come direct from the people; that the intelligent reader is becoming every day a man or woman of opinion, of fixed ideas, and that sentiment will be expressed more and more freely through the press by those not directly connected with it. There will be less arbitrary editorial expression. The ‘fourth page’ will contain that thought of the reader which up to this time the editor has sought to forestall or anticipate.” 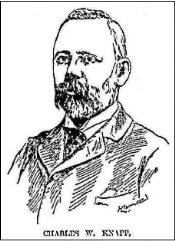 “The newspaper of the future will involve more work for its editor and less for its reader. Improvement on the newspaper of today will be more noticeable in the line of more genuine, thorough editing, which will put the contents of the newspaper of the future in a form to give the maximum of information with the minimum of trouble….To fulfil its mission perfectly, it will be issued not once, or twice, but half a dozen times every day. Perhaps also the great fin de siecle newspaper of the twentieth century will be issued in several different editions varying radically in the character of their contents, so as to meet the varying wants of different classes of subscribers and at the same time obviate the undue enlargement of its size. It is bound to be more comprehensive in the exhaustive completeness of its information than the newspaper of today, but it will not be necessary for every reader to take the whole daily encyclopaedia. Those who wish will have the opportunity to designate certain classes of news to be sent to them, and in some degree every subscriber will have the privilege of ordering his newspaper made to fit his own individual and particular wants.” 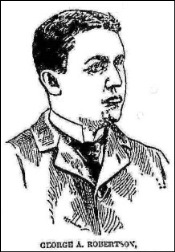 From George A. Robertson, Cleveland World:

“Already within sight are numerous remarkable inventions that will be made use of to improve the newspaper of the future. A machine is already patented and in limited use that sends messages by wire ten times as fast as the present telegraphic code and these messages are automatically written out as they arrive. This will be employed by the coming newspaper in improving its news facilities. A machine for transforming pictures by wire will be fully perfected within the near future and there will be such a cheapening of engraving processes that newspapers will be much more fully and beautifully illustrated than at present. Telegraphic accounts of happenings in all parts of the world will be accompanied, as received, with engravings ready to be dropped into the forms….Sensationalism is on the wane and the time will come early in the next century when the newspaper that lies will be considered as despicable as the man who does the same thing now. The twentieth century newspaper will not be entirely composed of the record of the ‘evil that men do,’ but some the good things will be mentioned also.” 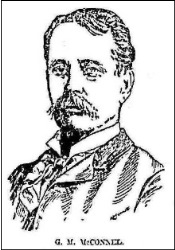 “What seems to me the most probable development of the near future is the almost complete disappearance of standing features, in advertising or anything else, and the creation anew of the entire newspaper for each issue….More and more, the news feature must develop, and it will be the study, not, as now, to expand a mustard seed of fact into a column of space, but to condense the news of the world as far as consistent with clearness….Another development which seems probable is a reduction of the extent of editorial comment, except in a few journals especially devoted to discussions. Editorial writing is now impersonal, and often expresses what the writing does not think. In the future he will write for half a dozen papers instead of one—on differing themes—and sign his name.” 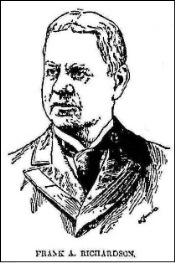 From Frank A. Richardson, Baltimore Sun:

“As mankind with the march of time becomes more noble and elevated, the newspaper, which is at once the leader and the follower of public sentiment, must share in this. Therefore I should say the newspaper of the twentieth century must be conducted on a higher plane. Its great aim must be to instruct and purify, rather than merely amuse for an idle hour and increase its circulation by pandering to the baser instincts of humanity. There are a few striking instances among the leading newspapers of this day where the desire for gain is not made the paramount consideration. In the twentieth century this will become more and more apparent, for incentives to the contrary course which exist now will disappear. The newspaper of the next century will be guided by the hand of strictest truth and honor, for policy, if not conscience, will make it so.”

Runs of many of the newspapers edited by these men more than a century ago can be found in America’s Historical Newspapers, including the Baltimore Sun, Boston Traveller, Philadelphia Inquirer, Washington Star, and others. To request a trial for your institution to a series, or to one or more of the individually available American Newspaper Archives, please contact readexmarketing@readex.com.