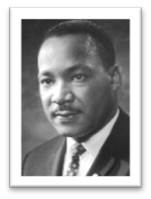 This month we celebrate the 50th anniversary of the 1963 March on Washington during which Martin Luther King, Jr. made his famous “I Have a Dream” speech. Calling for an end to racism, the speech was a defining moment in the American Civil Rights Movement. With reference to the Emancipation Proclamation of 1863, King recounted the travails of African Americans over the previous 100 years as they struggled against bigotry and segregation. In it King also provided a vision of a future free of intolerance where people would be judged not by the “color of their skin,” but by the “content of their character.”

Today, digital resources provide researchers the opportunity to study the March on Washington as it occurred and the historical scope of its impact on modern times. Resources such as Readex’s African American Newspapers and African American Periodicals provide not only contemporary articles about the 1963 event, but also articles assessing the legacy of King’s speech, written a generation later. Two examples of each are provided below: 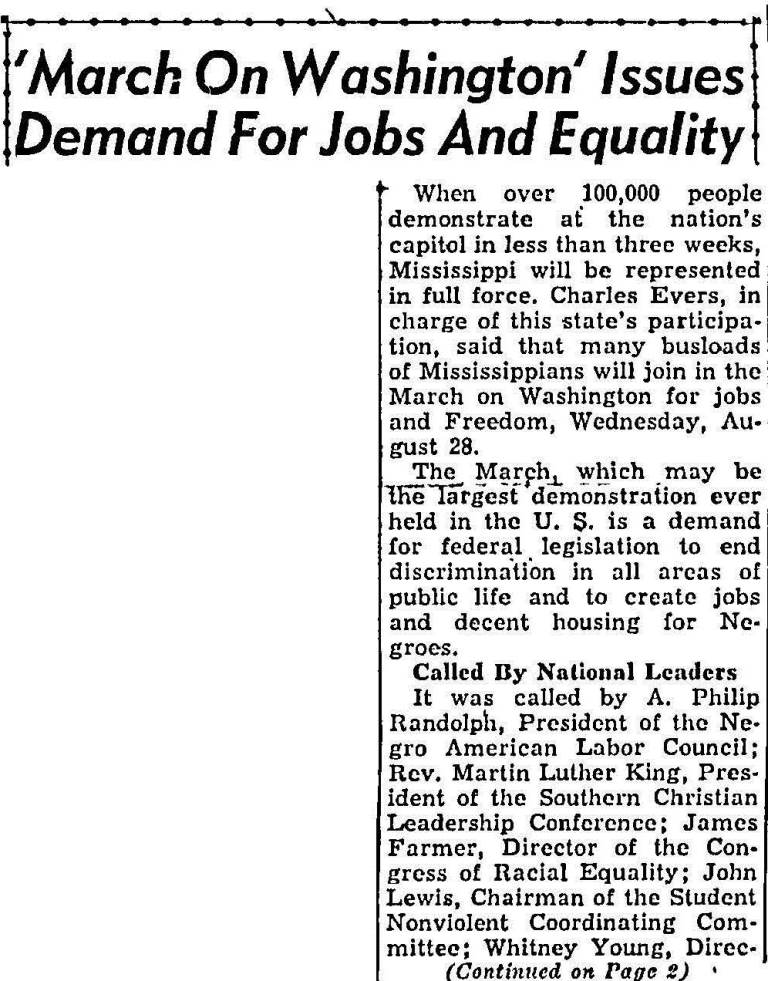 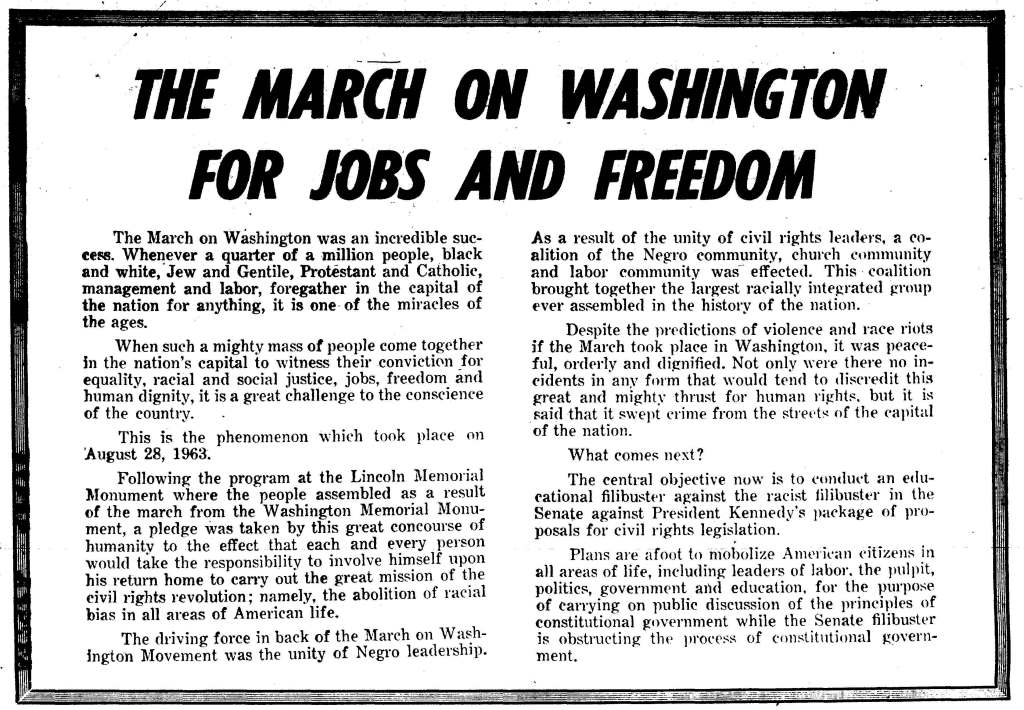 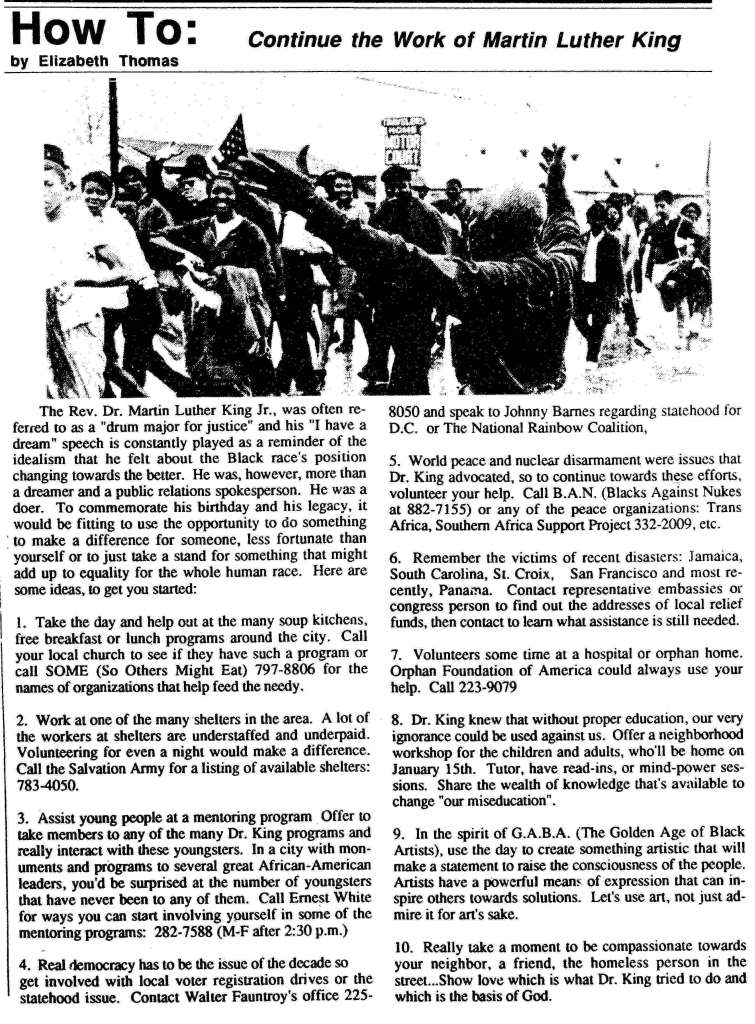 Through these sources researchers can examine the importance of the event within its contemporary context, as well as study its rich historical legacy 50 years later. They also provide a uniquely African American perspective on one of the key historical moments in modern American history.