A chronicle of the early U.S. Congress' proceedings
Summary
Learn what makes this product unique
Download the flyer

From their inaugural sessions, both the United States House and Senate have kept journals of their proceedings, as required by the Constitution, to record the minutes of floor action. House and Senate Journals, Series I, 1789-1817, chronicles matters considered on the floor, votes and other actions taken, as well as excerpts from executive department communications and member responses. To create this digital edition, Readex has used the original printings of the House and Senate Journals, rather than the Gales and Seaton reprints from the 1820s.

A variety of historically significant topics
The historically rich House and Senate Journals document important issues, events, organizations and people, including the Constitutional Convention, the Bill of Rights and Constitutional Amendments, Alexander Hamilton and the Fugitive Slave Act. Capturing the U.S. government in its infancy, these fully searchable publications also cover such subjects as:

America’s Historical Government Publications
As an essential part of America’s Historical Government Publications, House and Senate Journals is cross-searchable in full-text with American State Papers, House and Senate Journals, and the U.S. Congressional Serial Set. Additionally, these four collections are also cross-searchable with all other Archive of Americana collections, offering unprecedented depth for research on nearly any topic in American history. 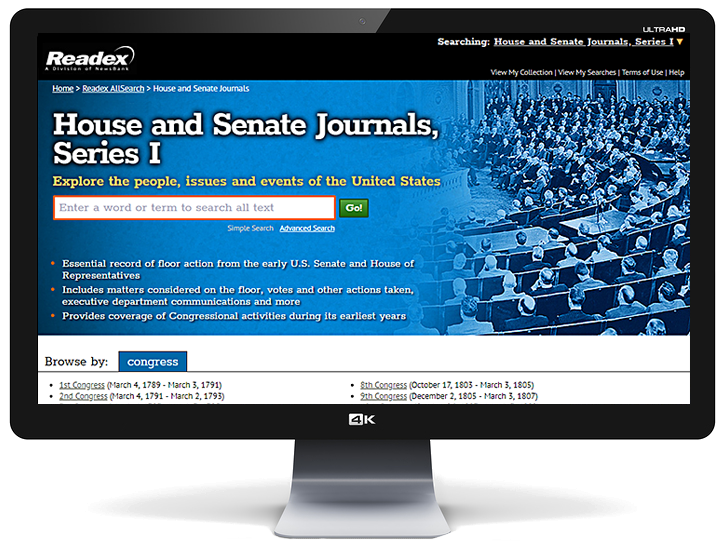 Legislative and executive documents of the first 14 U.S. Congresses 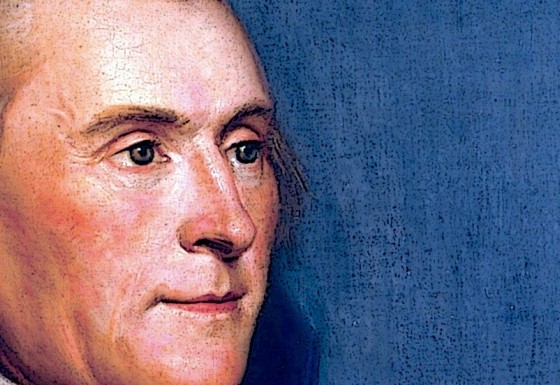 A record of the Senate's proceedings in Executive Session 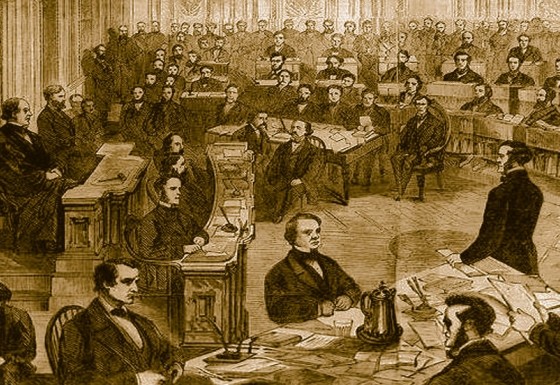 “[House and Senate Journals] … give a real flavor for how the daily life of Congress was spent, and are an important primary source for historians. These early Journal volumes bring alive discussions of early important events in US history, including the Constitutional Convention, the Bill of Rights, development of the first Bank of the United States, the early US Navy and early treaties made by the young nation. Those researching early laws such as the Fugitive Slave Act and the Alien and Sedition Act will find information here. And, of course, by reading the Journals the reader can also examine early interaction of several famous American forefathers such as Alexander Hamilton, George Washington, John Adams and John Jay.”
— Barbara Miller, Associate Professor and Documents Librarian, Oklahoma State University in Reference Reviews (2008)