Many of the hitherto unknown early American imprints now being digitized by Readex at the Library Company of Philadelphia were acquired in 2000, a mere ten years ago, from Michael Zinman, a private collector who surely ranks among the greatest Americana collectors of all time. Zinman’s collection of some 11,500 books, pamphlets, and broadsides printed in the thirteen colonies and the United States through the year 1800 was the largest such collection assembled in the 20th century, and larger than all but a handful of institutional collections. Not counting a great many duplicates, the Zinman collection added roughly 5,000 imprints to the collections of the Library Company. Including materials on deposit from the Historical Society of Pennsylvania, its holdings then stood at over 17, 500 imprints, second only to the American Antiquarian Society, which has about 22,000. The total number known is over 45,000. 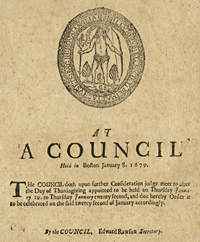 Mr. Zinman is a New York businessman who makes his living selling used heavy machinery, such as electrical turbines and earth-moving equipment; but his real vocation is collecting books and other printed materials. He has built and disposed of several book collections over the years, but in the early 1980s he decided to focus his efforts on early American imprints, setting out to acquire every one available in the market. For over a generation there had been very few new private collectors in this field, and the established institutional collections were all selective in one way or another. Historical societies only collected imprints from their localities. The American Antiquarian Society (AAS) is not limited by geography, but at that time their long-standing policy was to collect only one copy, the best available, of any imprint. Private collectors preferred high spot books, such as Revolutionary imprints and famous Federal period documents; and like most institutional collectors, they eschewed defective imprints, that is, those that were lacking even so much as part of a leaf, or that were dirty or ragged. Mr. Zinman was omnivorous. He would buy anything, even if he already had a copy; he had as many as 19 copies of one imprint. He found that many booksellers had boxes of “cripples” that they had stopped trying to sell; and many libraries had what they thought of as inferior duplicates for sale. He bought them all. In many cases the “defective” or “duplicate” imprints Mr. Zinman acquired were in their original bindings or wrappers with layer upon layer of evidence of previous ownership. 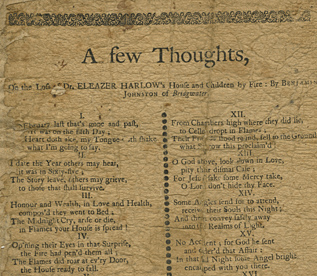 Antiquarian booksellers love collectors who will buy anything in some easily identifiable category. Thus if a bookseller came across a new and rare imprint, Mr. Zinman was more likely to get a quote than someone whose collecting policies were more complicated. And he did not flinch at a high price if the imprint was really rare. When he began collecting imprints, they were relatively plentiful, but over a period of about twenty years, in large part due to his own collecting, they became more and more uncommon. He was also something of a pioneer in collecting tastes, so that now practically everyone agrees that original condition is better than prettiness, and that comparing so-called duplicates can vastly increase our knowledge about the production and dissemination of what were still hand-made, pre-industrial artifacts. 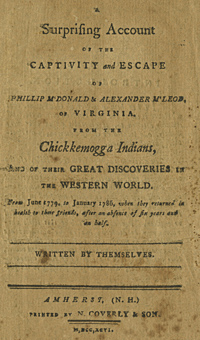 Another aspect of early American imprints that made them ideal for Mr. Zinman’s style of collecting was how exhaustively they have been cataloged—three times over, in fact: first by Charles Evans, whose chronologically arranged American Bibliography (1903-1959) fills fourteen volumes; then by the American Antiquarian Society as part of Readex’s microform edition of the full text of every imprint (1962-1968); and then again by AAS’s North American Imprints Program (NAIP), which began in 1979 and continues to the present. With each iteration, the known universe expanded but also became more sharply focused. It is now possible to locate not only a copy of almost every imprint but also every copy of every imprint held in the main public collections. And it is now possible to find out fairly easily if a given imprint is the same as the one cataloged or somehow variant, or if the copy in hand is more complete that other recorded ones. Also, if an imprint is not in these catalogs and databases, it can legitimately be described as “unrecorded.” Over the years Mr. Zinman’s focus increasingly was on these variant and unrecorded imprints. 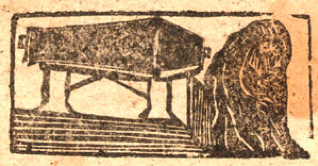 This process of locating and comparing copies brought Mr. Zinman into contact with many librarians, including me. We first made contact in 1985, and from about 1990 on it was a rare day that did not bring a phone call or a letter from him—or latterly several emails. When he decided to sell his collection in 1999, he first tried other libraries with larger acquisition budgets, but for different reasons in each case, a sale was not concluded. Finally he decided the collection should go where it would be valued and where it would have a transformative impact, and so he proposed to the Library Company a gift/purchase arrangement with payments stretched over many years. As it turned out, the Zinman collection and the collections of the Library Company dovetailed well. The Library Company is by no means a local or regional history collection, but it is far stronger in imprints of the middle Atlantic, especially when the Historical Society of Pennsylvania collection is taken into account, whereas the Zinman collection’s great strength is in New England imprints. Thus the acquisition made the Library Company’s collection both more national and more nationally significant. 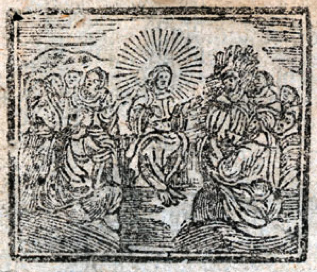 Since the collection was acquired a decade ago, Mr. Zinman has continued to add to it, with even more attention to unique and variant imprints and to imprints not held by the Library Company; these additions to date total about 800, all of them gifts. And over the intervening years many more pre-1801 broadsides have been discovered hidden away in various collections in the Historical Society of Pennsylvania. These additions have brought the Library Company’s total holdings to around 18,500—still the second largest collection, but certainly the fastest growing.

Jim Green is the Librarian of the Library Company of Philadelphia. He is a contributor to the multi-volume collaborative History of the Book in America and co-author (with Peter Stallybrass) of Benjamin Franklin: Writer and Printer.