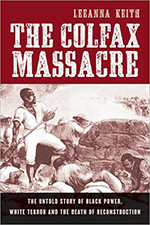 As a full-time high school teacher who aspires to be an independent scholar and a mom, I am always multitasking. My lesson plan for teaching about the Radical Republicans of the Civil War and Reconstruction Era was conceived to serve more than one purpose. On the one hand, it would provide the core of our class discussion and individual engagement with the subject of the Civil War Era. Students would employ and develop their skills for research, writing, and presentation. They would work alone and in groups. Best of all, they would make contributions to my own research project—about Radical Republicans—turning up original documents and making connections that I can hope to include in my forthcoming book, The Revolutionary Republicans, which will be published in 2014 by Hill and Wang.

Key resources made for a promising outlook. Four Readex databases of historical sources provided the core of our research material: Early American Newspapers, 1690-1922; The U.S. Congressional Serial Set, 1817-1994; African American Newspapers, 1827-1998; and The Civil War: Antebellum Period to Reconstruction, a collection that includes a number of pamphlets and other ephemera. Access to these resources was provided through the librarians at Collegiate School, the well-equipped private school for boys where I teach in Manhattan. With the assistance of the library team and technology services, we held class in the computer lab over the course of several class meetings. Sharp tenth-grade students—including some inspired to compete in essay contests and for publication—approached their tasks with a mostly positive attitude. 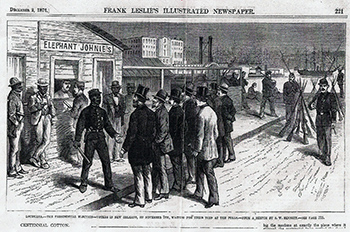 Students were divided into four groups representing what I consider the four categories of Radical Republican activists: the notorious carpetbaggers; southern Republicans, called “Scalawags” by their detractors; National Republicans, including members of Congress from the northern states and officers of the Union Army; and Black Republicans, the new voters created by the Radical politics of the Emancipation Era. Using a list of names and events that I provided, each student took responsibility for a single activist or issue that would serve as the subject of a four- to six-page paper. The four groups would prepare a video presentation to showcase their individual research and to educate the class about their faction of the Republican Party. The paper and the presentations would be graded separately, and together would account for about 15 percent of the semester grade.

Requiring students to use primary sources provides a great bulwark against plagiarism and other sins of student writing. By establishing a checklist of required citations, I encourage students to develop their original interpretations. In this case, they would need to cite five or more first-hand accounts, a scholarly article or book, and an article from one of the school’s subscription encyclopedia databases. They needed to be reminded that citations are footnotes and endnotes, which I asked them to prepare in the historian’s preferred University of Chicago format. 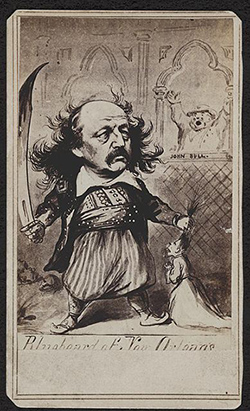 The marvels of today’s electronic databases make research fun for students and professionals alike. In a flash, my kids were turning up documents and book references that would have been the envy of any of the instructor’s graduate school pals. They required guidance on search terms, which should be as specific as possible but not too exclusive. For example, many boys employed middle initials or word suffixes that were better to omit. My own experience with date ranges and other features of the Readex search engines came in handy, as did my awareness of the beauties and limitations of materials on Google Books.

In the end the students produced work that was insightful and original, including some portraits of individual Republicans whose stories remained mostly untold. This act of recovering lost history is a special opportunity of Civil War and Reconstruction scholarship, which for many years suppressed the heroic aspects of the Radical Republican era. Employing their twenty-first century values, the students offered new interpretations of the careers of Republican soldiers, teachers, politicians, and humanitarians. They backed up their claims with specific references to documents that they printed and submitted with their papers: soldiers’ songs salvaged from the African American army regiment commanded by a prominent carpetbagger; thoughtful letters to the editor in which a former Confederate general tried to explain his acceptance of African American rights; angry words in advance of a riot in Hamburg, South Carolina; the last words of a Tennessee native killed for being a “home-made Yankee.” They brought their stories to the classroom in the form of five- or ten-minute video presentations, using a simple video editing program to combine images and a recorded narration.

I was especially pleased because so much of their inquiry overlapped with my own work. I was able to collect and keep their printed documents with an eye to my own citations and to hone my skills as a user of electronic sources in dialogue with tech-savvy youths. To the extent that I saw sparks of excitement here and there among the students, I gained encouragement and mental energy for the hours of solitary work that my own scholarship demands.

After the deadlines had passed and the grades were recorded, a handful of students continued to work on their Radical Republicans papers in pursuit of prizes, publications, and other potential benefits. One student won Honorable Mention in the Gilder Lehrman Civil War Essay Contest, and his example has inspired the next generation of tenth graders. I congratulate the students and I thank them for engaging with me in the work that I like best.