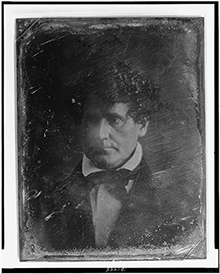 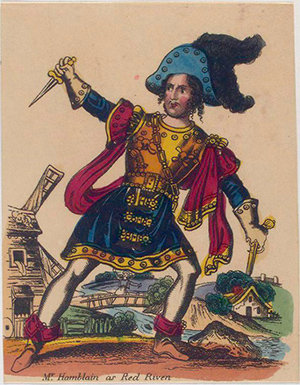 [[{"type":"media","view_mode":"media_original","fid":"5077","attributes":{"class":"media-image","height":"200","style":"float: left; margin-left: 3px; margin-right: 3px;","typeof":"foaf:Image","width":"160"}}]]It was, announced one newspaper headline, "a great revolution approaching." A new communications technology threatened to create a dramatic upheaval in America's newspaper industry, disrupting the status quo and threatening the business model that had served the industry for years. This "great revolution," one editor warned, would mean that some publications "must submit to destiny, and go out of existence." 1 To modern ears, this all sounds familiar: America's newspapers are grappling with the advent of the internet, and several of them have declared bankruptcy or ceased publication. But this prediction was made in 1845, and the revolutionary technology of the day was not the internet, but the electric telegraph.

Just a year earlier, in May 1844, Samuel Morse had first connected Washington and Baltimore by wire, and sent the first message, in dots and dashes: "WHAT HATH GOD WROUGHT." The second message to be sent down Morse's line was of more practical value, however: "HAVE YOU ANY NEWS?" As a network of wires began to spread across the country, it was obvious that the technology would have a huge impact on the newspaper industry. But would the telegraph be friend or foe?