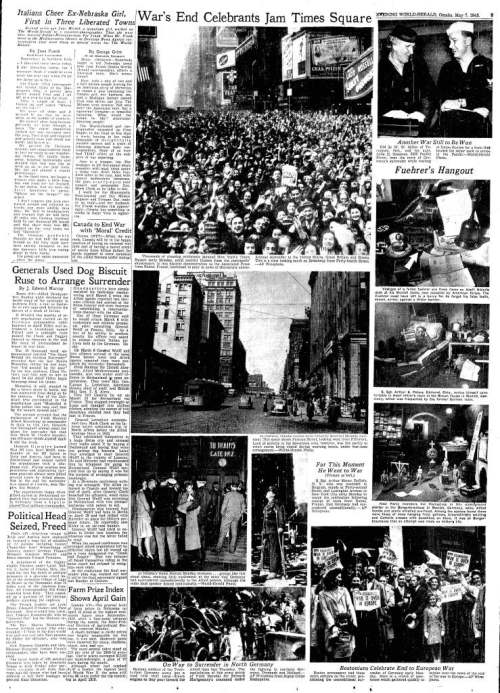 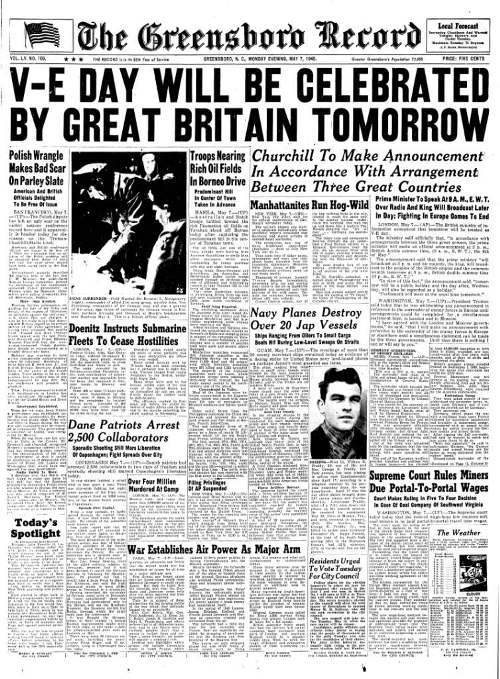 In America’s Historic Newspapers, one can find such joyous headlines as “Germany Quits!”; “Victory! Germany Gives Up”; “Germany Surrenders Unconditionally Ending Europe's Most Ruinous War”; and “Rapture of Victory Recalls Scene of 1918." Many papers also printed special victory editions on May 7, as seen below: 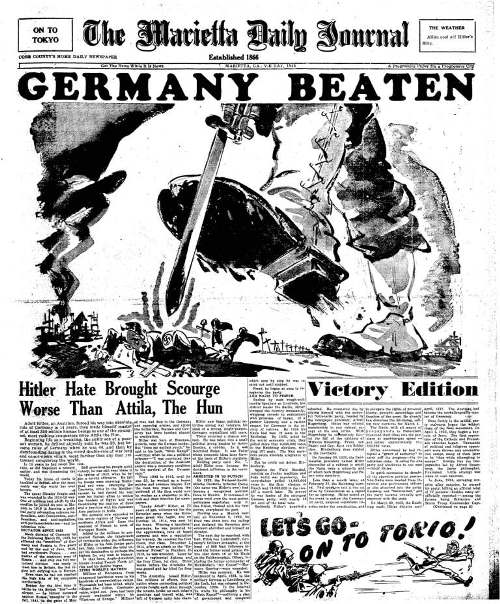 The fighting continued in the Pacific for another three months. On September 2, 1945, a formal surrender ceremony was performed in Tokyo Bay, Japan, aboard the battleship USS Missouri, finally bringing World War II to an end. 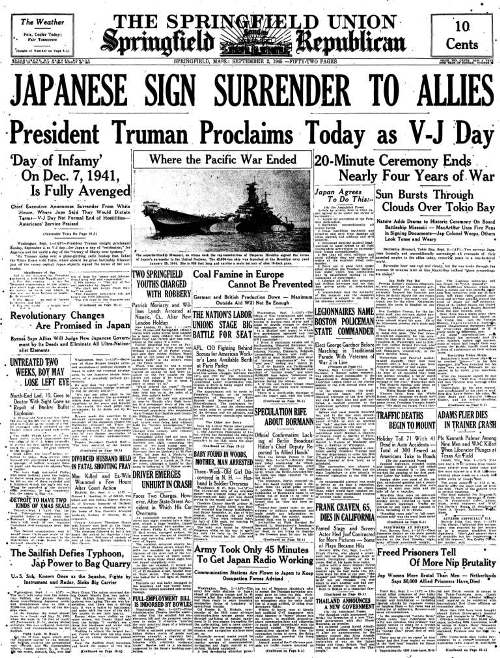