In this issue: Soldiers at Chickamauga battle enemies and the elements; black thought leaders weigh outrage and religious conviction; and the political power of tariffs. 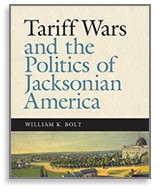 For the past 50 years few Americans discussed tariffs. That has changed in the past two years. During his presidential campaign of 2016, Donald Trump hinted that he would impose tariffs in order to revitalize manufacturing in the United States. From the stump, Trump assailed the North American Free Trade Agreement (NAFTA) and other trade agreements. While economists recoiled over these pronouncements because of the harm they might cause domestic markets, they forgot that trade restrictions serve a political purpose as well. > Full Story 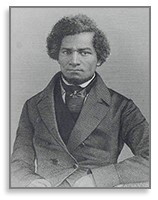 In his second autobiography, My Bondage and My Freedom, Frederick Douglass asserted that throughout his life his religious views “pass[ed] over the whole scale and circle of belief and unbelief, from faith in the overruling Providence of God, to the blackest atheism.” The point at which he was most skeptical and irreligious was during slavery but Douglass remained a non-traditional religious figure until his death in 1895. After the Civil War, for example, Douglass attributed the freedom of slaves to the work of men and women rather than the will of God… > Full Story 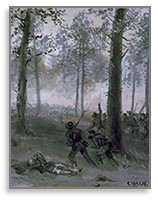 On September 17, 1863, two armies shifted into position along northwest Georgia’s Chickamauga Creek. Since late June, Maj. Gen. William S. Rosecrans’ Union Army of the Cumberland had shoved Gen. Braxton Bragg’s Confederate Army of Tennessee to the southeast. Weather conditions for men in the field had been hot and dry enough to stir up stifling clouds of dust. But that night, as soldiers steeled themselves for impending combat, the weather suddenly turned cold. A howling north wind blew through the dark creek bottoms and over rolling wooded hills like a bloodthirsty banshee. > Full Story

Subscribe today to receive the next quarterly issue of the Readex Report in your inbox. Browse previous issues in our archive. If you would like to suggest or contribute an original article, please email the Readex Report editor.