The Digital Detective: Tracking Criminals When the Trail Runs Cold (by Stephen Mihm) 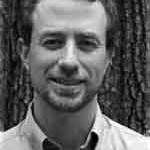 The Digital Detective: Tracking Criminals When the Trail Runs Cold

By Stephen Mihm, Associate Professor of History, University of Georgia 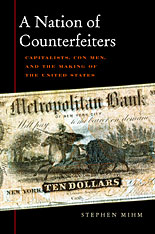 When I began work on a history of American counterfeiting between the Revolution and the Civil War, I was faced with some peculiar research problems. With a few rare exceptions, counterfeiting during this period was a crime that was not prosecuted by federal authorities. The problem was instead left to state and local law enforcement officials who were often outnumbered and incompetent. This was partly a consequence of the fact that the paper money in circulation originated not with the federal government, but with hundreds of state-chartered banks. But it was also a reflection of the relative weakness of the federal government’s policing. And therein lay a serious problem, not only for the police of the day, but for the historian who would attempt to reconstruct this kind of criminal activity. Counterfeiting involved vast numbers of players spread out across state and even national lines. This meant that local law enforcement officials often operated in the dark as to the scope and scale of the network of manufacturers, distributors, retailers and passers of bogus bills. Local law enforcement records—what few have survived—often provide but a fleeting snapshot of an individual counterfeiter who typically posted bail and fled, never to be seen again. What, then, is a historian to do, particularly a historian who wants to reconstruct the entire criminal careers of some of these colorful individuals? When I began research for A Nation of Counterfeiters, I started keeping tabs on the names of criminals who surfaced at multiple times and places in the historical record. But this is like looking for the proverbial needle in a haystack: you could spend many lifetimes reading through newspapers and other sources, trying to track your quarry. The advent of a new generation of digital resources—particularly America’s Historical Newspapers—made life much easier, and netted results that not only surprised me, but would have stunned the detectives and bounty hunters who spent so much time unsuccessfully tracking counterfeiters in the early republic. Take a man like Seneca Paige. The epitaph of his gravestone notes that he was a “poor man’s friend,” a not-so-subtle reference to the fact that he was the head of a counterfeiting syndicate that straddled the border between Vermont and Canada. Paige was a notoriously slippery individual, someone who constantly escaped from the clutches of the law. That initially made tracking him almost absurdly difficult. I made a few serendipitous finds in records on both sides of the border, but when I ran searches for “Seneca Paige” or “Seneca Page” in millions of pages of America’s Historical Newspapers, some interesting things turned up. Paige was everywhere. He showed up first in September 1809, where he was busted in Jersey City after trying to pass a counterfeit note.

He wriggled free in that instance, but was again in the news in April 1812, when a thousand dollar reward for his capture had the desired effect, and Paige was escorted to Baltimore to face charges.

The same key word searches revealed that after being indicted and committed to jail in Baltimore, he made his escape—only to be captured again a year later in Wilkes-Barre, Pennsylvania. Judging from the news reports, the local authorities weren’t aware that Paige had already escaped from other jails: how could they be? Local law enforcement officials didn’t correspond with one another on a regular basis, and they didn’t have access to every newspaper in the Union. If they had, they might not have been surprised at what happened next: Paige escaped from prison once more, “without breaking any locks or bolts,” as the Commercial Advertiserreported in August 1816.

Paige chose not to push his luck at this point: he apparently relocated to Canada, where he quickly assumed leadership of the so-called “Canada Counterfeiting Company.” And yet news of Paige’s movements continued to drift south of the border, sometimes in court papers, but just as often in the pages of newspapers.

In this particular case, finding Paige required expanding the search, dropping his first name and simply running searches for articles containing both “Paige” or “Page” and “counterfeiter.” When I did this, I found a curious mention of him in a Baltimore newspaper from 1826.

It seems that a man was caught in New Haven with a shipment of counterfeit money concealed in a mahogany dressing case. When examined, he confessed that he had received the bills and the case from “a Mr. Page, in Dunham, Canada.” Dunham was the town where most counterfeit money was manufactured in the 1820s. Again, a serendipitous find, but one that would have been impossible before the advent of digital resources. America’s Historical Newspapers and other digital resources are extraordinarily powerful tools, enabling historians to reconstruct the movements of fugitives with startling precision. Indeed, with a few keystrokes, a historian working in the 21st century can often reconstruct the movements and careers of obscure criminals two centuries ago with comparable—if not greater—accuracy than the constables and cops who fruitlessly chased them in their own time. More about the author Stephen Mihm is the author, with Nouriel Roubini, of Crisis Economics: A Crash Course in the Future of Finance (Penguin Press, 2010) and A Nation of Counterfeiters: Capitalists, Con Men, and the Making of the United States (Harvard University Press, 2007). He is also the co-editor, with Katherine Ott and David Serlin, of Artificial Parts, Practical Lives: Modern Histories of Prosthetics (NYU, 2002).