In this issue: The 19th-century flash press as an underrated repository of American slang; Black women find their voices via Progressive Era activism; and arithmetic as an anti-slavery device in the Antebellum Era. 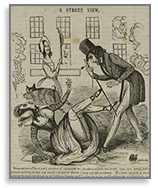 Green’s Dictionary of Slang, launched in print in 2010 and available online since 2016, currently offers some 55,400 entries, in which are nested around 135,000 discrete words and phrases, underpinned by over 655,000 examples of use, known as citations. Thanks to the online environment, it has been possible to offer a regular quarterly update to the dictionary. During the summer of 2020, I focused primarily on American Underworld: The Flash Press, a newspaper collection of the American Antiquarian Society and digitized by Readex... > Full Story

Historical sources in the Afro-Americana Imprints collection illuminate Black women’s lives and activism in the Progressive era. The digital collection is particularly strong in publications related to Black club women—educated, mostly middle-class women who banded together to focus their collective power on uplifting and improving Black lives. These sources chart Black uplift and the central importance of women in that climb. One of the treasures of the collection is a set of sociological accounts of Black domestic servants and their employers... > Full Story 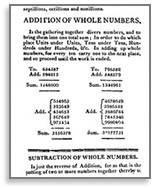 To gain insight into the connections between antebellum school mathematics, on the one hand, and the debates on how most speedily to abolish slavery, on the other, it is invaluable to research databases of antebellum publications. This includes, for instance, Readex’s Early American Newspapers, African American Newspapers, and Caribbean Newspapers. As long as one bears in mind that this research does not give the full picture of antebellum abolitionist activity—for instance, written documents may not have survived... > Full Story

Subscribe today to receive the next issue of the Readex Report in your inbox. Browse previous articles in our archive. If you would like to suggest or contribute an original article, please email the Readex Report editor.