Pre-occupations: Cold War Commonalities between the Soviet Union and the United States

Occupation can be a state of mind as much as a physical presence, and we have both in this month’s highlights from Joint Publications Research Service (JPRS) Reports, 1957-1994.

The star of the show is undoubtedly the travelogue of two Soviet journalists exploring America in 1972. We also have more sober assessments of chemical and nuclear weapons, and a guidebook on eliminating Islamic religious belief. Fifty years later, with North Korea testing ever more potent missiles, and a contentious ban on Muslims traveling to the United States, these concerns still seem ripped from the headlines in 2017.

Two Soviet journalists drive over 15,000 kilometers in six weeks, coast-to-coast through 27 states, in a brand-new, brown Ford Gran Torino with New York plates. Seat belts and speed limits are a mystery to them. Kentucky Fried Chicken is fascinating. They were living the dream, and through it all they seemed to like us, even as they’re handed their first-ever medical bill (“Appendicitis always picks the wrong time.”). But back to the dream.

They handle guns in Santa Fe, and they find themselves looking down the barrel of a Texas highway patrolman’s pistol. They visit an adult novelty shop, and the birthplace of Abraham Lincoln. The Russian woman who sees them off on their escapade implores them, “Children, please be good...” To make sure they are, at one point they’re tailed by their own countrymen.

Whether Vasiliy Peskov and Boris Strel’nikov are indeed good is a question for the reader to determine; they are reliably entertaining, which for journalists is perhaps more important than being “good.” After an Ohio cop lets them off with a warning for speeding, Strel’nikov writes, “Indulgence corrupts people.” Words to live by, comrade.

They encounter a roll of toilet paper that’s printed to resemble dollar bills. While watching the Miss America Pageant on TV they discover that, “A vulgar television show is a method of getting to be known and of deriving profit from being known.” Also that “America is fond of clarity,” George Wallace, and small bars of soap.

This is a good story, equal parts Wizard of Oz and Borat. The tone is mildly cynical, leavened by fish-out-of-water credulity. Peskov and Strel’nikov get a lot right about America. The Russians may have been forced to conclude that “there’s no place like home,” and they may even have believed it. But they sure had a good time arriving at that conclusion, and so will the reader.

JPRS reports are derived from open-source material, the significant content of which is hiding in plain sight. Here’s a good example of how the astute reader could gain insight into a U.S. Department of Defense program that bore an acronym from a Walt Disney film before it acquired a catchy moniker from a George Lucas blockbuster.

This report presents “basic information on the rocket weapons of the most important capitalist countries, the technical possibilities of intercepting rockets (missiles) in flight, and also the means and methods of anti-missile defense.” 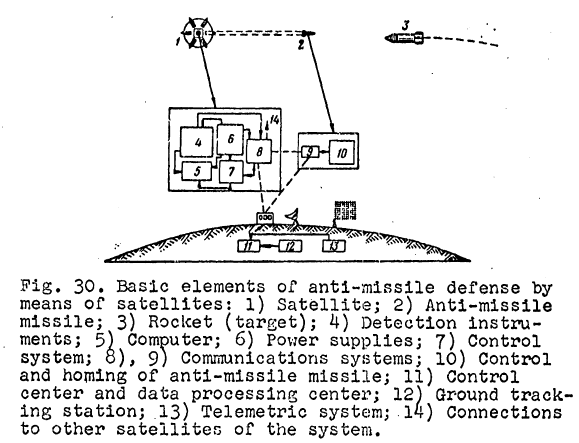 America’s service personnel suffered from the effects of defoliants such as Agent Orange, which in this report the Soviets claim counts as a chemical weapon in its own right. They also claim that America was preparing to deploy tear gas, nerve agents, and psycho-chemical weapons in Vietnam.

Overcoming the Ideology of Islam

This is essentially the official guidebook to eliminating Islamic belief in Soviet Asia. 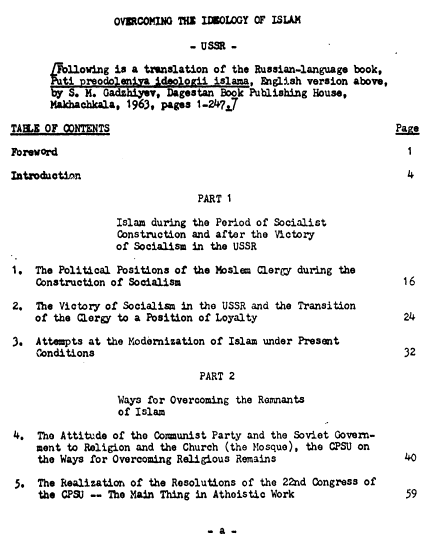