In this issue: Ferreting out forgotten verses of a gifted female poet; using women’s reputations as weapons in Jacksonian Era politics; and Caribbean slaves take faltering steps toward freedom. 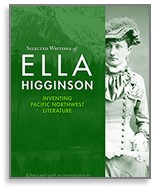 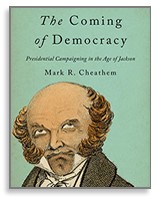 Jacksonian-era newspapers provide an opportunity to examine not only traditional politics, such as candidates’ perspectives on issues and party platforms, but also the more informal politics of the period. One such example of cultural politics, as these informal expressions are known, is women’s inclusion in presidential campaigns. While some scholars, such as Norma Basch, Elizabeth Varon, and Kirsten Wood, have looked extensively at women’s presence and involvement in the 1828 and the 1840 presidential elections, recently digitized newspapers… > Full Story 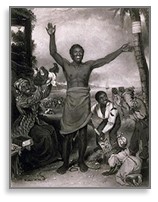 When the British colonial secretary Edward Stanley in May 1833 introduced the resolution for emancipation in Parliament, he referred to it as a “mighty experiment.” A year later on August 1, 1834, as 800,000 slaves were freed throughout parts of the British Empire, most of them in the Caribbean, emancipation remained, to its supporters and detractors alike, unchartered territory. There had been modest and smaller trials of freedom before. But the only large-scale shift from chattel slavery had been on the island of Saint-Domingue some thirty years prior, when… > Full Story

Subscribe today to receive the next quarterly issue of the Readex Report in your inbox. Browse previous issues in our archive. If you would like to suggest or contribute an original article, please email the Readex Report editor.