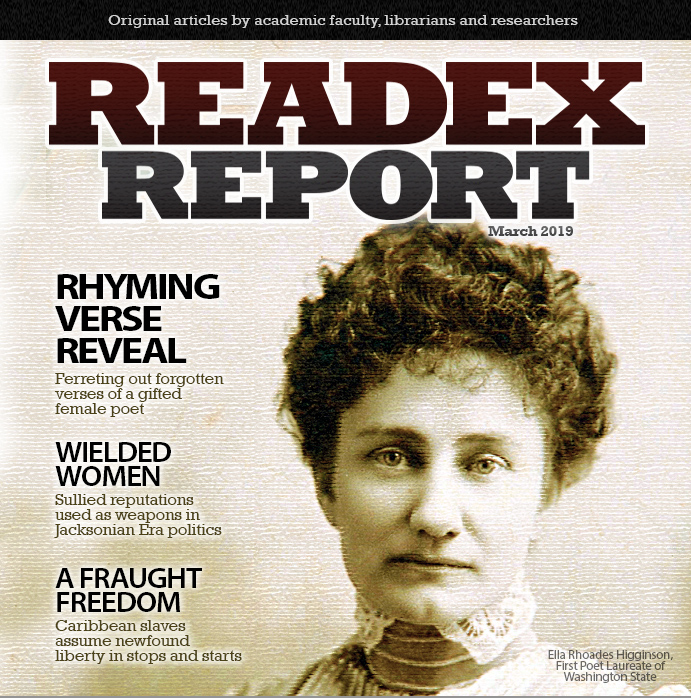 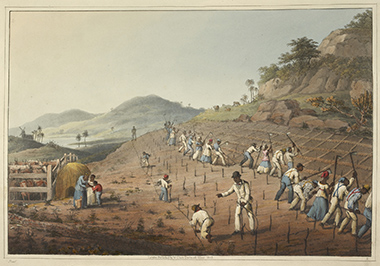 A set of interrelated factors—from moralist notions of progress in the metropole to restless slaves in the colonies who tested the boundaries of ameliorative efforts—led Britain down the path of abolition by political debate and eventual decree. But freedom came with its costs. The emancipation bill allotted a twenty-million indemnity as compensation for the loss of property to former masters. For most of the former slaves, with the exception of Antigua, Barbuda, Bermuda and the Caymans, the bill also demanded a coercive and restrictive apprenticeship. Freedom, it turned out, had not granted them full control over their labor—the most lucrative commodity in the colonies. Nor did it free them from the control of the colonial state, who sought to make certain that “freedom” did not conflict with “order.” 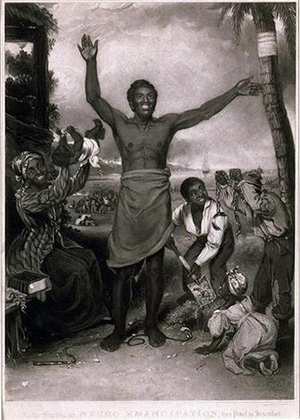 From the outset, the question of labor was paramount. Across the British West Indies, planters and colonial officials pondered the impact freedom would have on the agricultural plantation economies that was their lifeblood. The October 26, 1833, issue of the Antigua Herald and Gazette reprinted in full the emancipation decree, alongside a series of articles examining the prospects of the upcoming “experiment” of labor. The first article assessed that an “aversion” to the proposed apprenticeship system was “universal” among planters, who saw it as unmanageable. This dislike was reportedly even more pronounced among the enslaved, whose prejudice against the scheme was so “deeply rooted” that it was described as “absurd” to even attempt its trial. The second article reprinted the British colonial secretary Edward Stanley’s view of the post-emancipation period, which argued that the “success of the experiment” must rest on both compensation and the apprenticeship or “violence and anarchy” would follow. A third article summarized an assessment by the Parisian Le Constitutionnel on the likely effects of emancipation, including the possibility of secession by the colonies. Nevertheless, the French newspaper concluded the step taken by Britain would inevitably be followed by America and France: a mark of progress towards “the total removal of the stain inflicted on the civilized world by the existence of slavery.” [1] 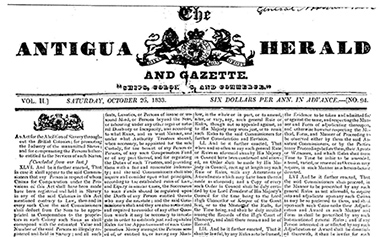 A January 25, 1834, article by the editor of the Antigua Herald and Gazette, Thomas Warner, addressed the enslaved directly. Titled “To The Labourers of Antigua,” the lengthy editorial provided detailed advice and instructions to the laboring population on what was to be expected of them upon freedom. Warner’s regulations were excerpted from the popular 1821 book Cottage Economy by William Corbett, a guide to England’s laboring classes that stressed self-sufficiency, thrift, sobriety, and the importance of industry. What was good for the worker in England would be good for the coming wage-laborers of Antigua, Warner pronounced. And he implored that newspapers throughout the colony “try to instruct the lower classes” to prepare them for emancipation. 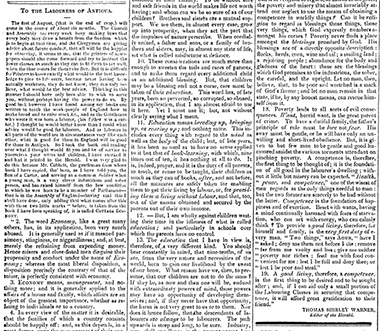 A January 18, 1834, article in the Antigua Herald and Gazette provided a lengthy reprint of proceedings at the House of Assembly in the much larger and populous colony of Jamaica the previous October, the write-up itself taken from the Barbadian. Grudgingly reconciled to the coming abolition, referred to as a “calamity” and “evil,” the Jamaican assembly nevertheless voiced steady complaints to the British government and vowed to send a letter to London listing their grievances. Among these was “interference” with the internal laws of the colony; the inadequacy of the compensation; and the “precipitancy” of emancipation, for which they believed slaves unprepared. Still, the assembly understood that emancipation was a fait accompli, and instead urged its members to seek ways to make the working of the bill to their benefit. “The Act has gone forth, and slavery in fact has ceased to be,” one speaker stated. “We must go along…though we cannot arrest it, yet we may direct it, and render its progress safe.”[2] 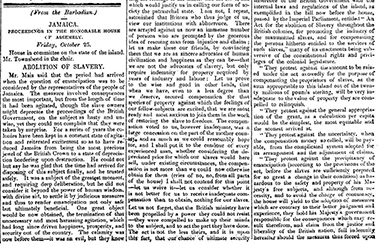 Perhaps no one paid as much attention to these momentous events as the enslaved. Men and women still held in bondage were cognizant of both the debates over emancipation and the impact it would have on their lives. While colonial newspapers inherently privilege the bias and voices of the elite, they can still offer glimpses into the thoughts and actions of the marginalized.

Much as the slaves in Antigua in October 1833 knew enough of the apprenticeship scheme to express their “deeply rooted” opposition, those elsewhere in bondage shared news and rumors of the coming abolition. “Our slaves are well aware of all that is passing,” the Jamaican Assembly proclaimed that same month. “They know what is intended for them.”

The enslaved not only knew what was intended for them; they also had their own expectations and understandings of freedom. Some, not content with awaiting liberty, displayed this understanding through bold action. The February 8, 1834, issue of the Bermudian reported that in Barbados, acts of impudence and insubordination among the enslaved were growing daily—with “vagabond fellows” parading the streets doing “much as they please.” That previous December, a slave was reported to have “violently assaulted and beaten” his own master in the streets. The slave, described as “outrageously insolent,” was resisting his owner’s attempts to lock him in the local jail as punishment. Witnessing the struggle, a “mob of negroes” soon formed to assist the rebellious slave, including, to the paper’s scorn, many “members of the black fair sex” who operated as hucksters [street vendors]. White passersby who joined the melee in defense of the slave owner found themselves similarly set upon, especially by the women, who pelted them with “broken bottles, stones, and heavy bits of cane.” [3] 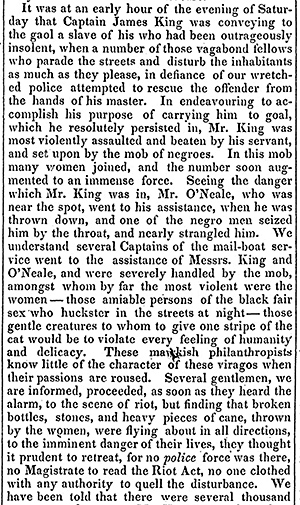 The tense atmosphere of unease, fear, and contestations of power in the wake of the tumultuous change brought by British Emancipation can be glimpsed in the Readex digital collection Caribbean Newspapers, 1718-1876. Within these articles and editorials, are invaluable windows into the public social and political discourses of the day—as planters, administrators, reformers, and the emancipated, struggled with a new era and its challenges.