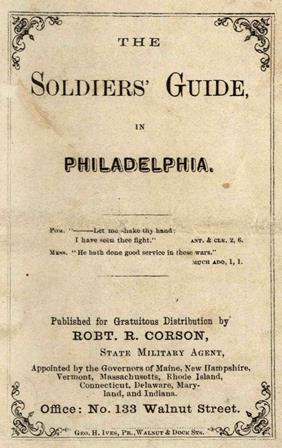 The January release of The American Civil War Collection, 1860-1922: From the American Antiquarian Society contains works providing advice to discharged soldiers returning home, guidance on potential pension benefits, and instructions to surgeons on the changing use of anesthetics. Also included is a brilliantly illustrated biography of Robert E. Lee.

The Soldiers' Guide in Philadelphia (1861)
Published for gratuitous distribution by Robert R. Corson

This nifty city guide for soldiers includes railroad timetables as well as other pertinent information. Its “Instructions for Discharged Soldiers” provides rates of travel pay in addition to pension amounts for certain veterans and rates of survivors’ benefits for the heirs of deceased soldiers. It also gives special instructions to disabled veterans, directing them to the Citizens’ Volunteer Hospital where they will receive:

…every attention that kindness and medical aid can suggest, for the alleviation of their sufferings. Those soldiers who can bear transportation to other hospitals are carefully taken thither in the ambulances provided by the various Fire Companies of the city.

Advice is also tendered to those traveling beyond Philadelphia:

Soldiers arriving at Baltimore Depot and wishing to go directly to New York, will find horse cars in waiting, to take the direct to the Depot. BEWARE OF IMPOSTERS!

Especially beware of “sharpers” lounging around the depots at Philadelphia and New York, and ask directions of no one in Philadelphia or New York, but Uniformed Policemen. Above all, avoid shops where liquor is sold.

Hand-Book of Information for Soldiers, Sailors, Marines, &c., Their Relatives and Heirs, to Obtain Pensions, Bounties, Back Pay, Prize Money, etc. (1862)
By D.E. Somes and Lucian Brown, Attorneys, Solicitors of Patents and Claims

While providing helpful information for service members with viable claims against the government, this handbook is also an effective advertisement for the authors’ legal practice. Its introduction combines a salute to the soldiers’ patriotism with a pitch for the attorneys’ services: 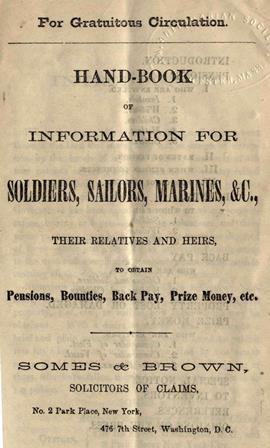 When the tocsin [sic] of war was sounded, and the cry went through the land that our country was in danger of disruption by the hand of infamous traitors, thousands of the true patriots of every loyal portion of the country rallied in defence [sic] of their country’s flag. Such a noble, generous uprising of the people was never known! In response, the Government has been equally liberal in providing compensation, bounty and pensions for its volunteers, and those whom they may leave behind them; but many are deprived of these – their just dues – for an indefinite period, owing to the vast and complicated machinery necessarily used in meeting all the demands against the Government.

The attorneys then give detailed information on rates of compensation due veterans of various wars, while reiterating the need for good representation if negotiating with the government. They conclude the handbook with numerous testimonials for their firm, such as the following from the Painesville Telegraph:

Mr. Somes was a member of the last Congress, and is familiar with the heads of the several Bureaus and their manner of doing business. Mr. Brown is a smart and enterprising young Attorney from New York City. The gentlemen give their exclusive attention to this business, and will be found efficient and honorable agents in whatever they undertake. A large number of these Washington “Claim Agents” are very worthless fellows, no better than thieves, as many a poor soldier can testify.

Dr. Valentine Mott makes several insights on the subject of pain before discussing methods of its alleviation. He discusses the benefits of chloroform and ether over previously used anesthetics such as alcohol and opiates:

Men in a condition of complete intoxication are sometimes unconscious of the injuries they receive, and formerly some surgeons were in the habit of benumbing the sensibility of the patient, and sometimes I fear their own, by copious draughts of spirituous liquors. But this practice can, at best, produce but very imperfect anesthesia, and intoxicating drinks are…apt to disturb the stomach.

Mott describes the obvious dangers of performing surgery on a patient who is vomiting or convulsing before turning to what he considered the most beneficial aspect of using chloroform or ether: the “great convenience to the surgeon.”

How often, when operating in some deep, dark wound, along the course of some great vein, with thin walls, alternately distended and flaccid with the vital current – how often have I dreaded that some unfortunate struggle of the patient would deviate the knife a little from its proper course, and that I, who fain would be the deliverer, should involuntarily become the executioner, seeing my patient perish in my hands by the most appalling form of death! Had he been insensible, I should have felt no alarm.

By the use of anesthetics, also, the shrieks and cries of the patient are prevented; so that the surgeon’s powers are not additionally taxed, either to nerve himself to a very unpleasant task, or to control and encourage the attendants. 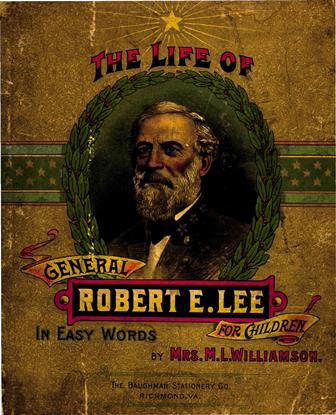 This highly romanticized biography of General Robert E. Lee is particularly noteworthy for its incredible illustrations. Mary Williamson argues the Confederate loss at Gettysburg was due to the failure of Lee’s subordinates to follow orders and omits the well-known quote attributed to Lee upon seeing the remains of Pickett’s division after the infamous charge: “This is all my fault.” Later she portrays Lee’s surrender at Appomattox Court House as follows:

In all these battles, of which I have told you, General Lee had never been really defeated; but he gave up the last because he had no more men and no more food. The Northern generals had all the men and food they asked for, as they had the world to draw from; but the South, being blockaded, or shut in by Northern ships of war, could not get what she needed from other lands.

Lee did all that courage and genius could do against such odds, and was, without doubt, the greatest commander of his time. 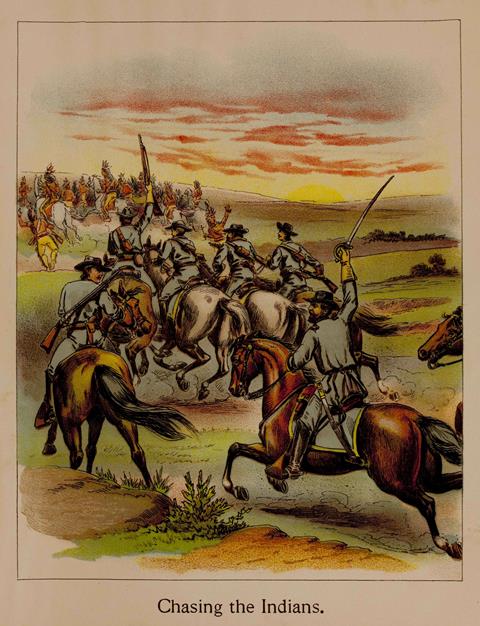 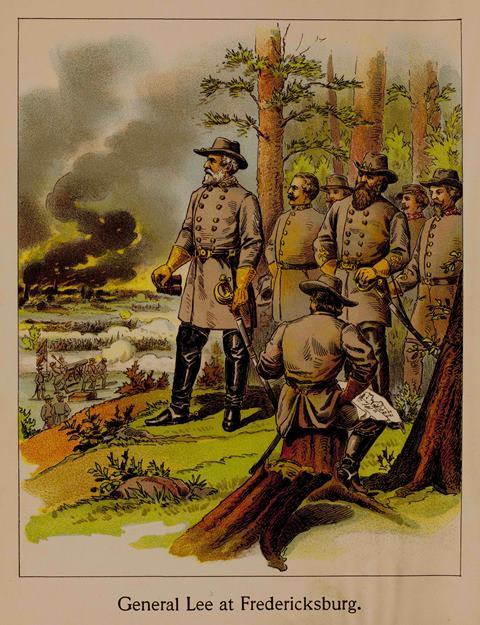 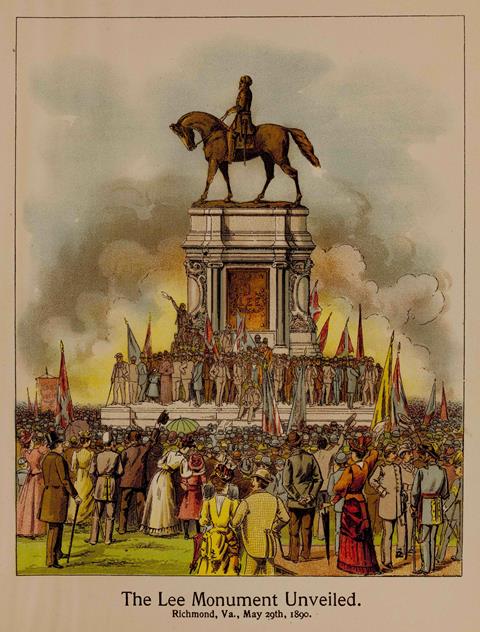