One hundred years ago this month, Ronald Reagan was born in the Illinois village of Tampico. Other prominent Americans born in 1911 include Lucille Ball, Romare Bearden, Elizabeth Bishop, Hank Greenberg, Spike Jones and Tennessee Williams. What else happened in 1911? Here’s a brief look at six memorable events from a century ago. Amundsen reaches the South Pole. 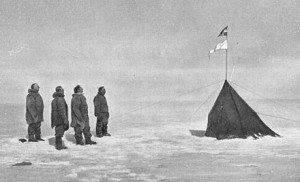 Roald Amundsen of Norway—in a race with explorers from England, Germany, Japan and Australia—led the first expedition to reach the South Pole. Amundsen and his team arrived at the Ross Ice Shelf in early 1911, where they established a base camp. After a first attempt to reach their destination failed due to extreme cold, Amundsen and his men crossed the frozen sea he called the “Devil’s Dancing Room,” finally reaching the South Pole on December 14, 1911. They stayed for three days, calculating their precise location, skiing in a ten-mile radius in case their calculations were off and planting the Norwegian flag. About five weeks later the team from England arrived, barely alive, disappointed beyond measure, and faced with the treacherous trip back. 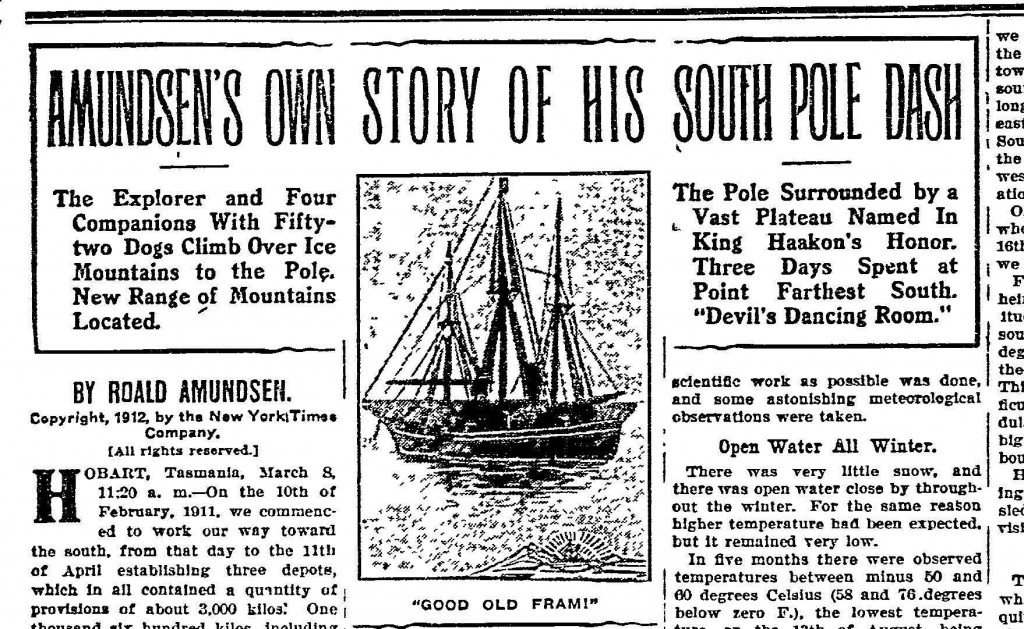 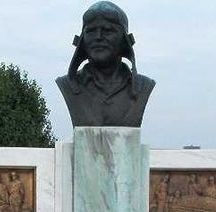 Former General Motors founder William Durant joined race car driver and automobile designer Louis Chevrolet in 1911 to form the Chevrolet Motor Car Company. The luxury car Chevrolet designed to launch the new company, named to take advantage of Chevrolet’s racing fame and reputation for speed, was among the most expensive being manufactured at the time. Shortly thereafter, Durant wanted to offer a cheaper model. Displeased, Chevrolet left his namesake company, selling his stock and unwittingly losing a chance to become a millionaire. Today, a bronze bust of Chevrolet, who died nearly penniless, welcomes visitors to the Indianapolis Motor Speedway, where Chevrolet competed four times, coming in seventh in 1919—his best finish. 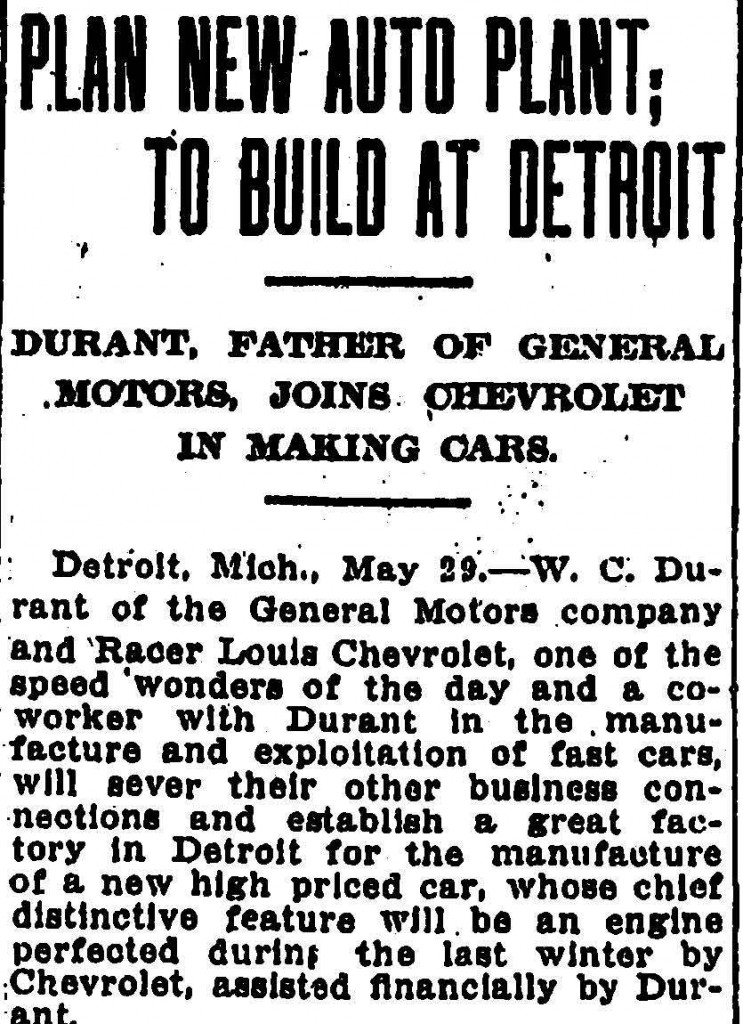 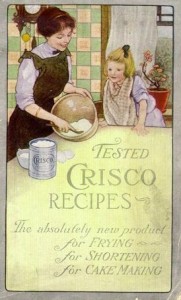 William Procter, a candle maker, and James Gamble, a soap maker, became partners after they married sisters in 1837. By the late 19th century their product line grew to include Family Lard and an inexpensive floating soap named Ivory. In 1911, as an affordable alternative to animal fats and butter, Procter & Gamble launched Crisco, the first solidified shortening product made from vegetable oil. Named by shortening the words “crystallized cottonseed oil,” Crisco was created through hydrogenation—a new process that kept shortening in solid form no matter how hot the day. In addition, Crisco, unlike lard, didn’t burn or smoke at high heat. This revolutionary creation, initially intended as raw material for making soap, had a powerful, long-lasting impact on both American households and commercial cooking operations. 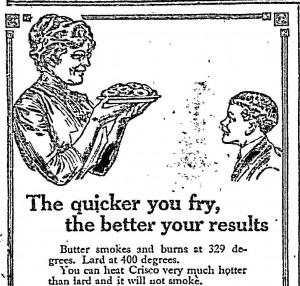 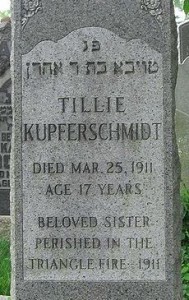 The fire at the Triangle Waist Company in New York City was one of America’s worst industrial disasters, claiming the lives of nearly 150 young immigrant workers. The heartbreaking tragedy at this infamous factory, located at northern corner of Washington Square East, exposed the inhumane conditions workers faced in the women's clothing trade. Near closing time on a spring afternoon in 1911, fire erupted from the highest floors of the Asch Building, ultimately killing 146 of the Triangle Waist Company’s 500 employees, many of whom leaped to their deaths. Most of those who perished were women, including a number of young teenagers. Many had only recently arrived with their families to find a better life in America. 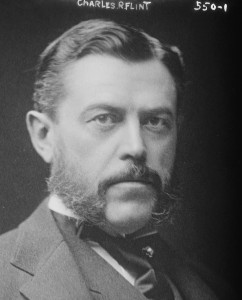 The origins of IBM can be traced back to the late 19th century, long before electronic computers were invented. Three different companies—the Tabulating Machine Company, the International Time Recording Company and the Computing Scale Corporation—were merged by Charles Flint, a businessman known as the “Father of Trusts.” The new company, named the Computing Tabulating Recording (CTR) Corporation, was incorporated on June 16, 1911 in Endicott, New York. Flint felt that although the equipment made by the merged companies varied widely—ranging from automatic meat slicers to punched card equipment—they possessed a common element: all manufactured products that led to business efficiency. When Flint needed help managing his diverse divisions, he looked to the National Cash Register Company’s Thomas J. Watson, Sr., who became CTR president in 1915 and began developing IBM’s distinctive and influential culture. 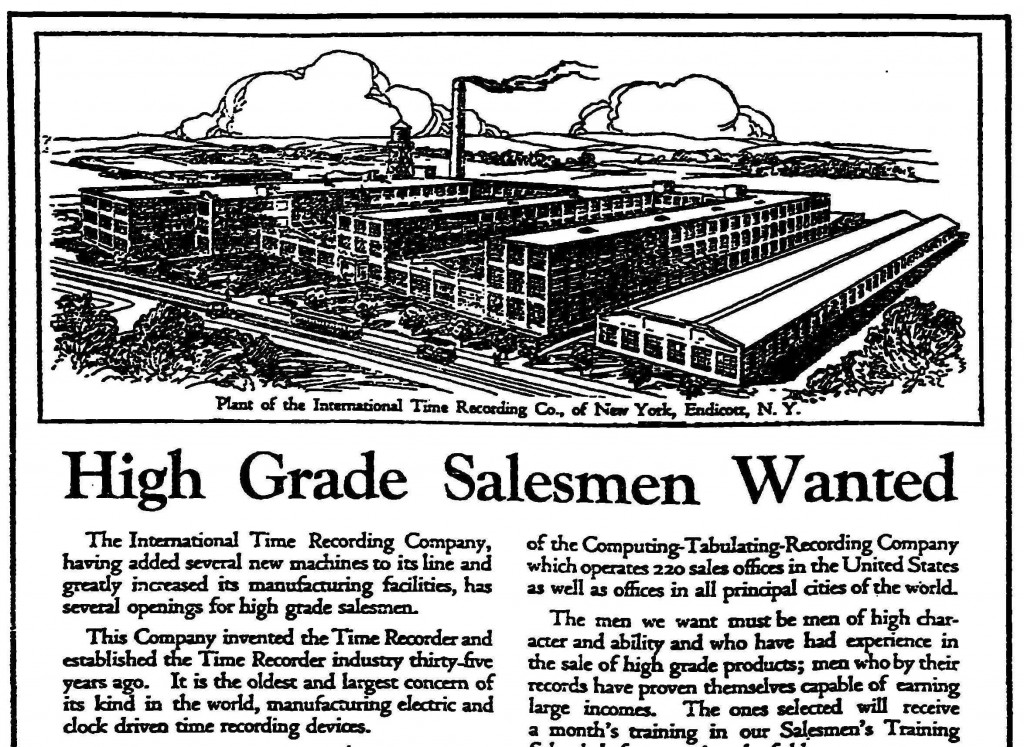 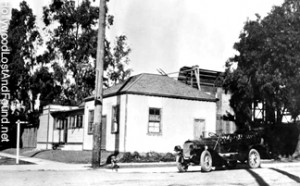 Brothers David and William Horsley founded the Nestor Motion Picture Company, first in Bayonne, New Jersey and soon after in Hollywood, California. By 1910 they were producing three short movies a week on the east coast—a comedy (Mutt and Jeff), a drama, and a western.

Because movie cameras of the day required ample sunlight, David Horsley moved operations to California where local weather conditions allowed for year-round filming. He established the first real Hollywood studio in the fall of 1911 at the corner of Sunset Boulevard and Gower Street. Other movie makers soon followed Horsley to the west coast. In 1915 the Nestor Motion Picture Company merged with Universal, which had begun the new practice of not only giving screen credit to its stars, but also inventing new names and public images for them. 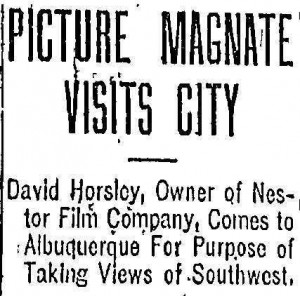