Amundsen, Scott and Their Race to the South Pole 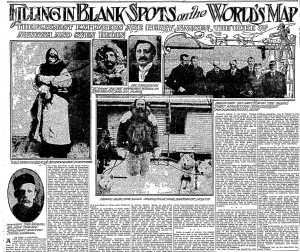 Here’s how a new business book excerpted by Fortune Magazine (Oct. 17, 2011), Great by Choice by Jim Collins and Morten T. Hansen, compares them: 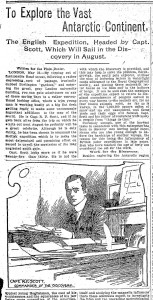 "It's a near-perfect matched pair. Here we have two expedition leaders—Roald Amundsen, the winner, and Robert Falcon Scott, the loser—of similar ages (39 and 43) and with comparable experience. Amundsen and Scott started their respective journeys for the Pole within days of each other, both facing a roundtrip of more than 1,400 miles into an uncertain and unforgiving environment, where temperatures could easily reach 20° below zero even during the summer, made worse by gale-force winds. And keep in mind, this was 1911. They had no means of modern communication to call back to base camp—no radio, no cellphones, no satellite links—and a rescue would have been highly improbable at the South Pole if they screwed up. One leader led his team to victory and safety. The other led his team to defeat and death." 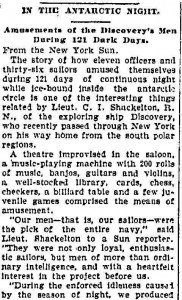 Here are some other differences: Amundsen had raised all his money and obtained his ship, the Fram, by saying he was going to the North Pole. Competing claims by two Americans to have reached the North Pole first changed his mind. Scott had publicized his expedition to the South in advance. Amundsen stopped along the way to send a brief telegraph to Scott, telling him that he too was heading south. This was seen as bad sportsmanship by many—it being Scott’s turn on the ice. Scott had been angry when a former subordinate, Ernest Shackleton, had started an expedition from a part of Antarctica that Scott considered "his." Amundsen was also starting from that region. 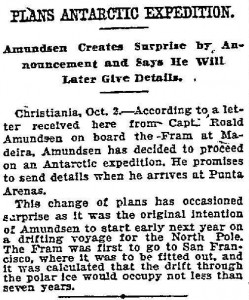 Amundsen had no scientists with him. Scott had a party of 38 men, many doing research. Amundsen barely took any photographs of his expedition. Scott had along a professional photographer. Amundsen had a single goal and achieved it. Scott’s group had many goals and succeeded in many of them. He only failed at the biggest one, as viewed at that time. Yes, Amundsen took the Pole. Scott’s body wouldn’t be found until the following spring. Discovered with his remains were his diary and other final writings, which upon publication would move the English-speaking world. More importantly, found with his body was a fossil Scott had collected on his failed return from the Pole. This ancient specimen demonstrated that Antarctica had been part of a supercontinent, as comparable fossils were found in South America and Africa. Who can call that a failure? 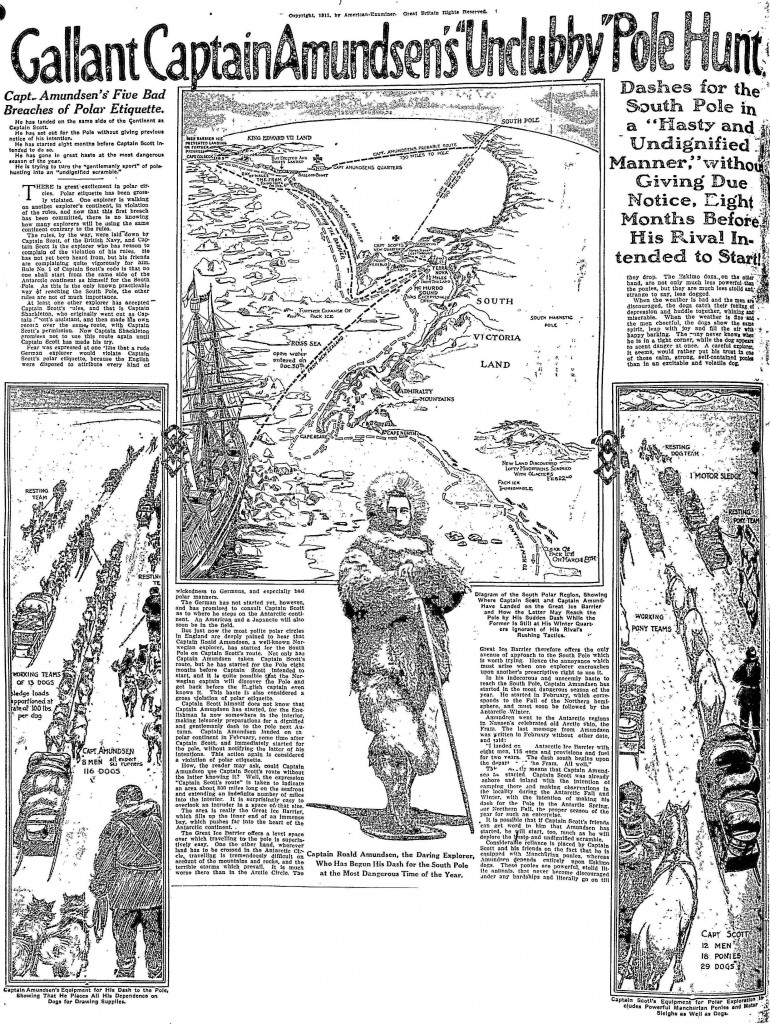 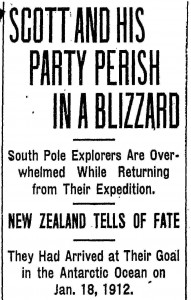 It’s not surprising that students of leadership would try to glean lessons from these two expeditions, for all the reasons Collins and Hansen list. It is also not surprising that the reputations of each have ebbed and flowed over time. Ernest Shackleton, who launched an expedition in 1914 to cross Antarctica, is another explorer whose leadership skills are examined. Shackleton’s boat got trapped in the ice and was eventually crushed. He and the ship’s captain were able to get all the men to Elephant Island in small boats; then, with a smaller crew, sailed to South Georgia Island, landed on the uninhabited side and pioneered a new route across the mountain chain that formed the island’s spine. They were able to rescue all they had left behind. Ernest Shackleton died at the beginning of a post-war return to Antarctica. He is buried on South Georgia Island. Roald Amundsen was on an airship lost during a rescue attempt in the North Polar region, and his body never found. It was estimated in 2001 that Robert Scott and his companion’s bodies now lie under 75 feet of ice.