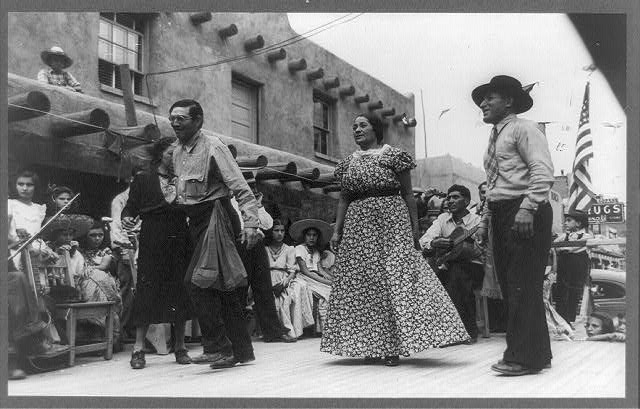 Hispanic American Newspapers, 1808-1980 was created to enable researchers at all levels to explore nearly 200 years of Hispanic American history, culture and daily life. This fully searchable online collection features more than 350 titles published in Spanish and bilingually in Spanish and English.  Below is the nameplate and a brief description of 16 key titles found in this renowned resource, created in partnership with the University of Houston and its Recovering the U.S. Hispanic Literary Heritage Project, a national program under the direction of Dr. Nicolás Kanellos.

• Includes 103 issues published between 1855 and 1857 El Cosmopolita (Kansas City) El Cosmopolita helped Hispanic Americans in the Midwest maintain their relationship with the Spanish-speaking world while simultaneously supplying vital housing and employment information and defending them from exploitation.

La Crónica (Laredo) One of the most influential papers along the U.S.-Mexican border, La Crónica was published and written entirely by Nicasio Idar and his eight children. The paper provided support for the civic and political projects of Hispanic Texans and helped establish Mexican schools in Texas.

El Heraldo de México (Los Angeles) El Heraldo was hailed as a “people’s newspaper” for its blue-collar profile and focus on immigrant workers.

Hispano America (San Francisco) This independent, non-political paper offered immigrants news of their homelands in addition to informing them of the culture and customs of life in the United States. Publisher and editor Julio G. Arce’s syndicated weekly column satirized Hispanic-American culture and helped transform his paper into the most important Hispanic publication in the Bay Area.

Latin Times (Chicago) This post-World War II bilingual title, founded by the children of political refugees, became the voice of a new generation of Hispanic-American citizens.

El Misisipi (New Orleans) In 1808, El Misisipi became the first Spanish-language newspaper in the United States, starting a tradition of Hispanic American periodicals that soon spread across the country.

• Includes one issue published in 1808

Las Novedades (New York) In the early 20th century, Las Novedades served the interests of a wide range of Spanish speakers, even while Cuba and Puerto Rico were waging wars of independence against Spain and tensions were high.

El Nuevo Mexicano (Santa Fe) The longest running of the nearly 40 Hispanic newspapers that sprung up in New Mexico in the late 19th century, El Nuevo Mexicano strove to strike a balance between cultural preservation and assimilation.

La Prensa (San Antonio) This important 20th-century paper was founded by Ignacio E. Lozano, one of the most powerful political, business and intellectual figures in the Hispanic immigrant community.

Pueblos Hispanos (New York) Published by Juan Antonio Corretjer, a Puerto Rican nationalist and an ardent socialist, this significant paper covered politics and culture in the Soviet Union as well as socialist movements in Latin American countries such as Brazil, Peru and Ecuador.

Regeneración (Los Angeles) After the Mexican government prohibited publication of his work, radical journalist Ricardo Flores Magnón emigrated to California and began publishing Regeneración. The paper proved to be one of the most influential advocates for social change in the southwestern United States.

“Revealing a rich, multi-faceted heritage and transmitting the pulse of regional communities over time and space, these online newspapers will transform our perception of Latino history for generations to come.”

To request trial access to Hispanic American Newspapers for your institution, please use this form or contact readexmarketing@readex.com.