For more than a century historians have regarded The Evening Star as the newspaper of record for the nation’s capital. Published under such titles as Washington Star-News and The Washington Star, this long-running daily afternoon paper was one of the highest profile publications in the nation. This 11-page e-book examines the history and significance of this deeply influential American newspaper.  Download “A Star in the Making” here. 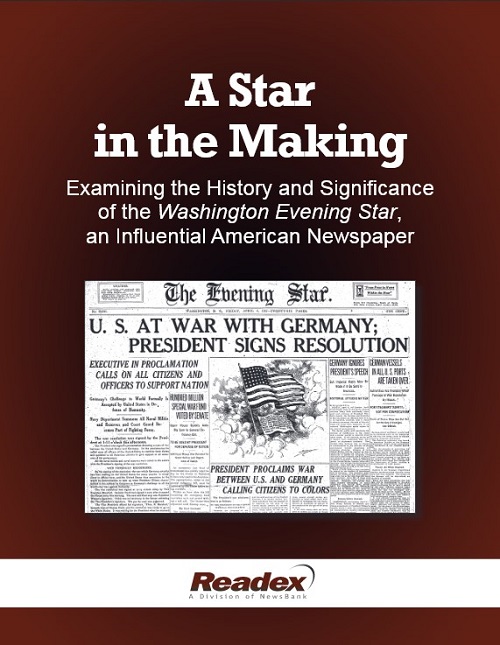