The Story of “Back Number” Budd, Legendary Used Newspaper Salesman 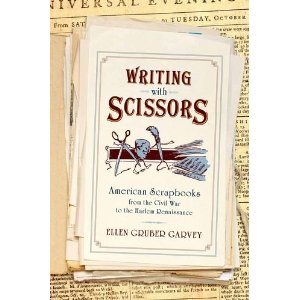 In Writing with Scissors: American Scrapbooks from the Civil War to the Harlem Renaissance, Ellen Gruber Garvey, Ph.D. (Professor, English Department, New Jersey City University) includes a section on Robert M. Budd, an African American dealer in old newspapers. Her book discusses newspaper clipping scrapbooks as the ancestors to social networking sites like Facebook and to digitized information. If you are in Western Massachusetts, don't miss her lectures this week at Hampshire College and the University of Massachusetts, Amherst.  In a forthcoming article in The Readex Report, Prof. Garvey will discuss Robert Budd’s business as a step along the way to the way we understand information now. The following New Haven News article, reprinted in The Kansas City Times and other 19th-century titles available through America’s Historical Newspapers, offers a reporter’s firsthand experience seeking a back issue in 1885—a search that led him to Budd and the desired papers.

Having occasion the other day to search for some copies of daily newspapers of a certain date in 1875, I was not surprised to find that at the offices of the newspapers I could buy no copies.  Not one of the great dailies could furnish a copy of the date which I needed, but I was referred in every case to a man named Robert Budd, formerly a bootblack, who makes a business of dealing in back numbers of newspapers.  I found him, and in half an hour I had the papers. Budd’s history, or rather that of his business, is peculiar.  He is a coal-black negro, with an intelligent face and a remarkable faculty for estimating the value of his wares.  Although he has a regular price list, his prices vary according to what he thinks may be the value of the paper to the would-be buyer.  Some months ago there was a law case which required the presentment in court either of a certain newspaper or of a certified copy of an article covering several pages in small type.  Budd was the only man in the city who could furnish the paper; he asked $100 for it, although it was not ten years old, and had originally cost him but two cents and the sum was paid, for the certified copy would have cost still more. Five years ago Budd had a boot-blacking stand on Broadway, nearThirtieth street, and at the same time sold newspapers.  He was struck with the number of demands made upon him for copies of newspapers two or three days, or a week, or even a month old, and he had the idea of adding to his business that of old newspapers.  That there is a demand for old newspapers is amply shown by the business he has built up.  At present he occupies a large cellar, the walls of which are lined with newspapers tied up in bundles, each bundle containing the copies of one month of each paper.  There is a tag attached to each bundle giving the month and year. As he still keeps up his newspaper stand he of course gets his papers at cost price, and when a person really wants a paper there is a fine chance for profit.  Every day Budd puts away twenty copies of the Herald, twenty copies of the Sun, ten of the World, Times and Tribune each, and five copies of each of the evening newspapers.  His schedule of prices is supposed to be as follows: For papers three days old, double the price; for papers a week old, 10 cents; for papers a month old, 25 cents; for papers a year old, $1: for papers more than year old, $1.25 additional for every year.  But, as I said before, this schedule is no guide in case Budd discovers that the paper is of great importance.  Soon after he began business he bought up complete files of several newspapers running back in some cases to 1850.  That he finds the business a profitable one may be inferred from this ability to keep two assistants at work. The number of persons who wish to buy back numbers of the newspapers is larger than most people might suppose.  In the course of half an hour, during which I searched through an old file, five persons came into Budd’s place and bought papers varying in age from two days to six years. (Source: The Kansas City Times, March 9, 1885, page 4)