Russia and the War in Ukraine: Historical Context for Today's News

There is no lack of irony in Russia’s recent use of Cossack militia in the embattled Ukraine. In the U.S. Congressional Serial Set, 1817-1994, within the document titled “Soviet Total War – ‘Historic Mission’ of...More

Bridges to the Past: Everything from the Cold War is New Again

Several weeks ago a Dutch investigation determined that a civilian airliner flying over contested Ukraine territory was brought down by a missile of Russian manufacture; Presidents Obama and Putin continue to...More 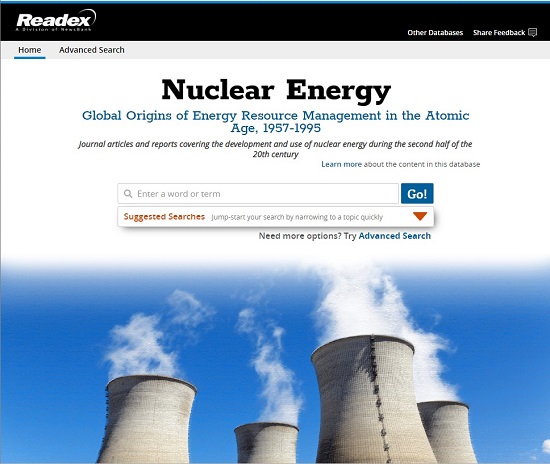 On April 26, 1986, a safety experiment at the Chernobyl nuclear power plant in northern Ukraine went terribly awry, unleashing plumes of fire and invisible radioactive particles that rained down on surrounding towns...More

In 1967 author and journalist Eugene Lyons published an article in the Washington Evening Star under the headline, “Freedom Came to Russians on this Day 50 Years Ago.” A bit of math would place that momentous...More

Among the many interesting aspects of Joint Publications Research Service (JPRS) Reports, 1957-1995, is the inclusion of full-length novels. This month we have such two works by Vasiliy Ardamatskiy, similar in scope and subject matter to Boris Pasternak’s Doctor Zhivago...More

From 1941 to 1996 the U.S. government published the Daily Report of the Foreign Broadcast Information Service (FBIS). FBIS was begun in 1941 as a means of letting the government know what propaganda was being broadcast into the U.S. by the shortwave radio services of the foreign governments involved in the European war...More

To learn more, visit the Readex blog page, log in through your library, or request a trial of Readex digital historical collections.